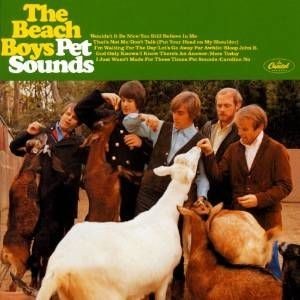 The full tracklist for the Beach Boys’ 1966 album Pet Sounds, so good for its time that it even came – belatedly – to be admired in the USA, runs: Wouldn’t It Be Nice?; You Still Believe in Me; That’s Not Me; Don’t Talk (Put Your Head on My Shoulder); I’m Waiting for the Day; Let’s Go Away for Awhile; Sloop John B; God Only Knows; I Know There’s an Answer; Here Today; I Just Wasn’t Made for These Times; Pet Sounds and Caroline No.

Task for today? To apply the ones Peter Lynn left out as he found ways of describing his Sunderland thoughts and experiences through pop song titles and lyrics. I’ll see if I can twist the arms of Personalised Football Gifts for a mug for the best entry (as well as going back on the last time I said the same thing and promptly forgot to award a prize). Let’s keep it to the Beach Boys but I’ll allow entries citing tracks from the rest of their discography …

Imagine you are – as I am now, as I write – listening to Brian Wilson’s dulcet tones as he delivers that opening line. Now journey with me as I embark on my pre-Christmas wish list…

Wouldn’t it be nice?

* to know what Cabral did wrong

* to know what’s wrong with Johnson

It’s OK, I can stop now because Brian Wilson has come to my rescue with Don’t worry baby, reminding me of our South Stand’s rendition of Everythings gonna be all right on Sunday. And it was. A point won against opponents of the calibre of Everton is fine, especially when you consider how recently it was that we were hammered by Southampton.

Ah, he’s just started singing God only knows and that has brought me down with a bump because it reminds me that God only knows how we will play when I go to watch us play at Leicester.

Is that good or bad though? If you have the stomach for it then surely it is good. On our car journey home to the Midlands after Sunday’s game we were hugely amused by the Arsenal fans phoning in to BBC 606. It’s the end of the world for them and Wenger must go. To have only won the FA Cup – shame!

Now he’s singing Heroes and villains and that pretty much sums our squad up. Less than a year ago Seb Larsson was always a villain to me. His set piece delivery was poor, his defensive positioning was faulty, his tackling was clumsy and his arm waving infuriating. Now he and the reformed Cattermole are irreplaceable in midfield – true heroes.

So it’s the sound of Good vibrations filling the room now and that is why I follow The Lads. The defeats of course hurt but the ecstasy of a win or even a good draw like Sundays is just fantastic and makes me determined to “keep those loving good vibrations a-happening”.

**** Benefit from the prices offered for Pet Sounds and other purchasing needs by going to the Salut! Sunderland Amazon link and navigating from there.

And here’s another treat, the sight for sore eyes that is our star roving reporter Pete Sixsmith at what he describes as the best game by a long shot that he’s seen so far this season … 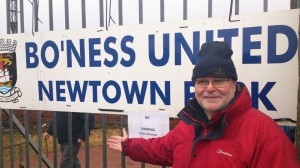 See what made it such a good experience in Pete’s report rounding up a busy weekend of football: Sixer’s Everton Soapbox: beer, goals and fine company from Bo’ness to Sunderland

Jake: this is the feature allowing you to have your say on any topic