Judging is very nearly complete in the annual Salut! Sunderland “Who are You?” awards and the winners are likely to be announced next week.

Our panel is deciding which of the pre-match interviews with opposing fans were, in the season just ended, the most memorable.

A shortlist of potential winning candidates has emerged from the early marking of judges, though there is still scope for change before the final top three or four positions are decided.

Generous prizes are once again being supplied by:

Soccerpro.com: online US purveyors of soccer jerseys and soccer shoes.

The famously Half Decent football magazine, When Saturday Comes

The 2013 winners will choose items worth up to US$200 from soccer.pro. Second prize will be an annual subscription to WSC and third prize a T-shirt to be chosen from the magazine’s current range (see this link)

Monsieur Salut may throw in a consolation prize for fourth place.

This then, in entirely random order, is the current list of frontrunners: 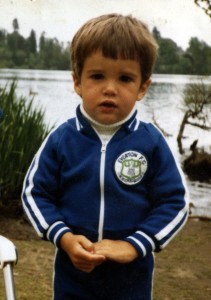 On Phil Neville: past his best but … ‘his legacy will be the lessons the younger players have learned from his attitude. Seamus Coleman, our young Irish right back, spoke last week about how Phil was his mentor. I’m sure Phil will make a great coach. I wouldn’t be surprised if he became Everton manager in the future. I’ll be at our final home game of the season against West Ham and will join in with what is guaranteed to be a great ovation. After all, as the Everton chant goes, he’s still “got more medals than Steve Gerrard”.’

On obsession with winning: ‘ … having become fat and greedy (and arrogant?) after feasting at the top table for so long it is difficult to imagine not competing at the same level. And while part of me would secretly like a few barren years so younger fans can feel what it’s like, the other half of me shudders at the thought of not being able to attract top quality players as a result.

I follow Warrington Wolves (although they will always be the pre-rebrand Wires to me) in Rugby League and they had not won a trophy in my lifetime until 2009. So I do have a point of reference of a sort.’ 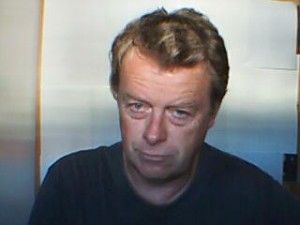 On missing the bad old days: ‘ Sometimes the Big Club Syndrome that we are supposed to buy into just doesn’t work with City. It’s Manchester City for God’s sakes!! We are the undisputed kings of the shot to the foot. You only have to look at the two games between our two teams last season. Comedy, outrage, disaster, farce, hokus pokus and a 93rd minute offside winner!!!’

On Robert Martinez: ‘Roberto Martinez is an absolute diamond. He is certainly destined for greater things and let there be no mistake about the fact that he was Liverpool’s first choice to fill their managerial vacancy in the summer. He insisted then that he had not finished his job at Wigan and refused a massive wage hike and the promise of a decent transfer budget at Anfield. He then reportedly turned down Aston Villa, again, and West Bromwich Albion. His loyalty to his chairman, players and supporters is breath taking.’

Last year’s winner was Stuart Jinks, an Aston Villa fan who has remained a friend of this site. His interview can be seen here: https://safc.blog/2012/05/33797/. I’m sure Stuart – who may be back next season given that we’ve both stayed up – would agree that a National Lottery jackpot could hardly have changed his life more.

Watch this space and in the meantime, check out some of the other candidates, in a great season for the series, at the following generic link:

Next Post
Who took our 39 steps to safety? A man some Arsenal fans want