John McCormick writes: wasn’t it good to see Jordan Henderson picking up that trophy the other day? It wasn’t his first, either. Way back in 2011-12 he’d been on the winning side as Liverpool picked up the League cup. He’d also been a runner-up in a few competitions (FA Cup, Europa League,  Champions League, Premiership and so on) had captained his country in the World Cup, and, generally, proven to be a bit of a canny player. Yet, not long after he left Sunderland, I remember listening to Liverpool fans explaining why he just wasn’t good enough for Liverpool and how he’d never replace Steven Gerrard [the sniping from sections of the Liverpool and England support has continued – Ed].

There were similar criticisms about his selection as an England player after he made his senior debut in 2010 and, indeed, it was a while before he earned another cap. Yet we knew all long, didn’t we? At least Stephen Goldsmith did. Here’s what he wrote just 7 years ago, on June 5th 2012,  under his byline “Goldy’s Logic” and with the title:

Read moreJordan Henderson and the Liverpool fans’ mantra: ‘he’s not really all that good’

Monsieur Salut writes: so sad. England should have been two or three up at half time but lost their way after the interval. Only the sort of toerags who jump on ambulances would deny that Croatia grew stronger and stronger in the second half while England wilted.

For Sunday’s final, Monsieur Salut’s personal disappointment – having warmed to this England manager and side more than any since 1966 – is lessened only to the extent that he can shout for Mme Salut’s Bleus.

I’ve been impressed by France, and especially by how well the racially mixed team has gelled. Look at the players belting out the words of La Marsellaise – the rotten far right in France has lost a spurious reason for doubting their allegiance. Here is a piece, for anyone interested, that I wrote for The National (UAE). The editor is happy for me to reproduce my work here …. 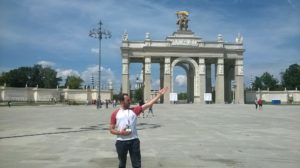 Monsieur Salut writes: we’ve acclaimed Jermain Defoe. So has the country at large. Pete Sixsmith’s Observer Q+A talked of a man who, at Sunderland AFC, had enhanced his reputation as a striker and – through his quite beautiful bond with Bradley Lowery – as a man.

Pete’s piece, reproduced in expanded form here, briefly mentioned the other positive from our truly awful season: the superior goalkeeping of Jordan Pickford, albeit interrupted by a midseason injury layoff.

Jordan deserves and will probably attain the status of England’s Number One. He may well do it while keeping goal for a club other than the one he has always supported, SAFC. That is his right, maybe even a personal duty, as a pro. I wish him well and, while regretting that Sunderland are unlikely to provide the platform for his ambition, will follow his progress much as I follow Jordan Henderson’s.

Here are some excerpts from an interview with Jordan (P), speaking to EASPORTS.com to mark his EA SPORTS FIFA 17 rating being upgraded (that’s a football video game for the unitiated). To read the full interview, go to https://www.easports.com/uk/fifa/news/2017/jordan-pickford-interview …
…

First, heartiest congratulations to Jermain Defoe, for opening the England scoring with a trademark finish against Lithuania. In a wretched season for Sunderland, he has brought rare shafts of bright light. And recalled by Gareth Southgate after 1,465 days in the international wilderness, he ‘rolled back the years to show England what they have missed,’ according to The Guardian‘s Dominic Fifield, with little Bradley Lowery present to complete a heartwarming night. Enjoy the clip, below, while it lasts – and sadly the same can probably be said about Jermain’s sparkling Sunderland career.

Now on to the reason we probably have only 10 games left to enjoy the sight of Jermain in our colours: Pete Sixsmith is a regular in those view-from-the-stands round-ups in The Observer. They like his contributions, he – rightly – likes The Observer so it is a perfect match. But just as relegation for Sunderland will means relegation for Monsieur Salut from his little slot with ESPN, the Observer will not be calling quite so often if at all for the thoughts of a Championship team’s supporter. Here, on Pete’s calculation of what the paper will still want from him this season, is his penultimate offering ‘before we disappear into the Championship for goodness knows how long…….’

Read moreEngland expects and so do we: why Jermain Defoe fully merits his call-up


Among the things it seemed impossible to believe, Jermain Defoe’s England recall was up there with “of course the pound will recover from Brexit” and “Sunderland won’t go down”.

Monsieur Salut can live, just, with the former being a somewhat improbable development – while allowing himself a mischievous chuckle at what’s it’s done to Magaluf spending dosh – and meekly accepts the latter is a forlorn hope.

Monsieur Salut says: the international break makes me twitchy. No serious interest in the football, lots of time to worry about Sunderland. So let’s have a poll …

Are we, then, resigned to Jordan Pickford becoming another Jordan Henderson, red-and-white through and through but grasping, understandably, at opportunities higher up the footballing ladder than where Sunderland find themselves placed?

Do we reluctantly accept that pressure from Everton, or West Ham or someone else with pots of money to spend and heads to turn, will lure away Lamine Kone in January?

And could we live with one or both departing provided – are you listening, Mr Short? – adequate replacements are secured before anyone is let out of the door? So not just Vito Mannone fit again – though that matters, too – but people coming in, and coming in as a pre-condition of anyone else’s departure.

Even a site that professes relatively little interest – on the part of its main contributors – in international football can stand back and applaud when England call up a player who is not only a Sunderland team member but “one of our own”.

Monsieur Salut writes: Despite far too many decades as a journalist (three of them with The Daily Telegraph), I have serious misgivings about sting operations. They may sometimes uncover genuine malpractice but, among a number of concerns, I wonder who polices the stinger, in this case the Telegraph. This newspaper has after all spent several years getting rid of the sort of seasoned, sensible and in many case outstandingly good journalists who might have been trusted with such a role. For some reason, it makes me think of speed cops hiding behind bushes, as happens in France. It’s, well, just not British.

That said, Sam Allardyce has been a very foolish man. Pete Sixsmith takes up the story and offers scant sympathy …