Who’d have thought not long ago that we would be feeling happy with another one all draw? It may not …

Jake: The darkest of dark days. Martin Harvey RIP. Burton Albion came to Wearside knowing that they had never lost … 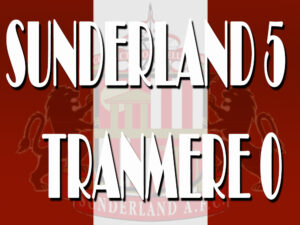 Malcolm Dawson writes…….As I was tucking into my porridge and blueberries this morning, I received an e-mail from Pete Sixsmith …

Malcolm Dawson writes……the last time I went to Sincil Bank, I had a nice day out with other members of …

Malcolm Dawson writes……..others I know will not share my opinions, but as I’ve got older I believe I have developed …

Malcolm Dawson writes…..I was 19 when I was first able to vote in a General Election. Sunderland were the holders …