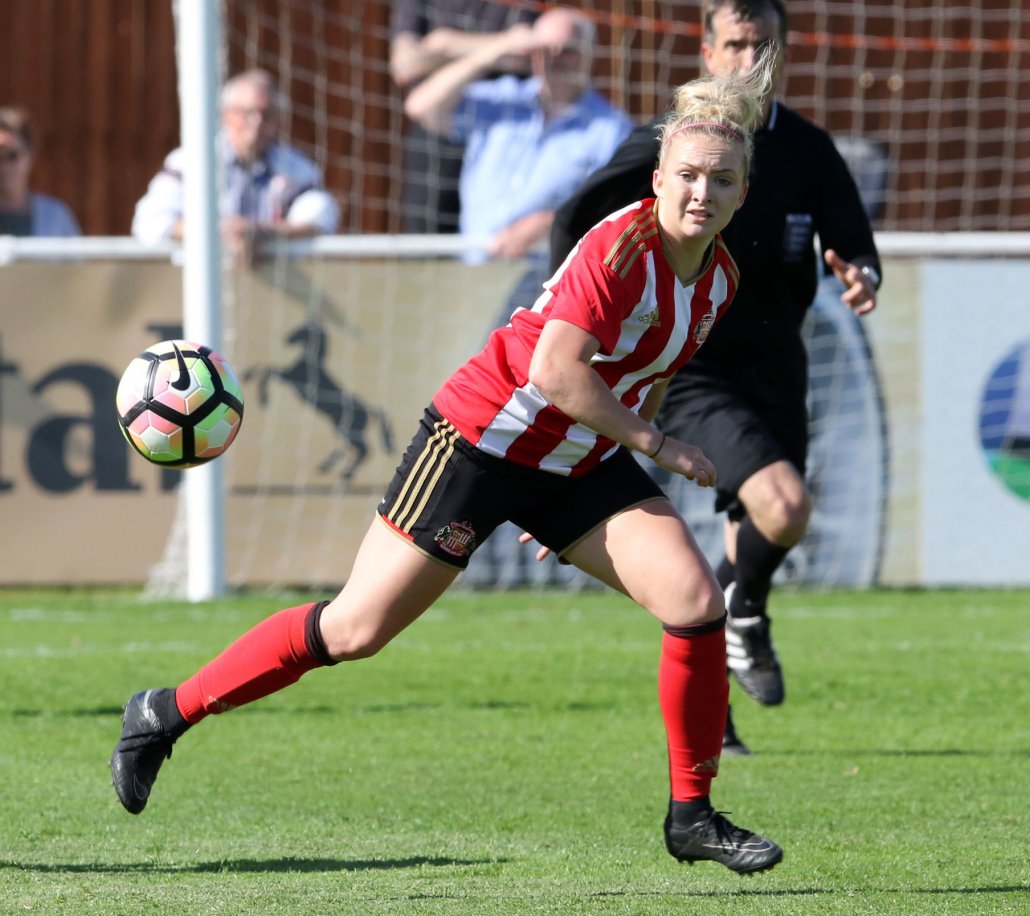 I had the pleasure of speaking to Bridget Galloway, goal machine and front player for Sunderland Ladies. In the second of my interviews with the hugely talented and hardworking Sunderland Ladies team, Bridget explains what the team is looking to achieve this season and who inspires her in the women’s game, amongst a whole host of other things.

Bridget explains that she made her debut in 2016. She was at Newcastle School of Excellence and then joined Sunderland School of Excellence when she was 12 years old. She moved into the development squad and then into the first team squad. When asked about her toughest test this season, she quickly answered.

‘Definitely Birmingham in the FA Cup. We took a different game plan into the game and executed it well.’

WSL side Birmingham Ladies are a side two leagues higher than Sunderland Ladies in the football pyramid, but it didn’t show. The Sunderland Ladies side are a team that normally plays on the front foot. In that game, they played in different way and were aware they would not have as much possession as in league games. The ladies were unfortunate to lose the game 1-0. The match ultimately decided with a late strike, which saw their visitors go through to the next round. Bridget again played well and the Birmingham defence never had a moments peace, with the hard working and tenacious forward a constant thorn in their side.

The conversation turns to her stand out moments of the season so far, and I’m hoping there’ll be more to come, as the season reaches a dramatic end.

‘My hat trick against Hull and Middlesbrough and scoring as many goals as I have this season’.

The prolific goalscorer has 21 goals to her name to date. The latest of which was a coolly converted penalty in the recent league win against Sheffield.

Bridget has many strengths to her forward play.

‘My speed can cause problems for other teams. I’ve scored quite a few goals this season as well.’

I add, her phenomenal work rate. Fans that have had the pleasure to watch the Ladies team, would agree with that. When chatting about advice she would give young forwards, she quickly said;

When I’ve watched Bridget this season, young forward players would have plenty to take from analysing the game of the 20 year old striker. She is a prolific goalscorer, ruthless in and out of the box, incredibly hardworking and adept at leading the line with her movement and strength.

When asked about any players she models her game on, the name of Beth Mead is quickly mentioned. The former Sunderland Ladies star is held in high regard by Galloway.

‘Her finishing is great and also her creativity. I made my debut, replacing her, back in 2016. I worked with her in training, in the technical sessions and shooting drills. She has fantastic character and always shared knowledge and gave advice.’

The conversation moved on to the aims and ambitions for the rest of a potentially hugely successful season for Sunderland Ladies.

‘We want promotion and to win the cup’. When asked about her personal ambitions, she said ‘I want to improve as much as I can, keep scoring goals and developing as a player. To keep playing every minute of every game’.

Galloway has always been into sport. When she was younger she played with her two older brothers and her Dad. She enjoyed athletics, swimming, gymnastics and tennis. She watched her brothers play and enjoyed a kick around at half time, she explained enthusiastically.

‘I want to score as many goals as possible and to try and win the golden boot’.

Her ambitions in the game indicate a hugely determined young lady.

‘I want to play full time, at the highest level I can, and become the best I can’.

Sunderland Ladies have a great team spirit. She mentions her close friends within the team, Mollie Lambert and Louise Griffiths. Also, Claudia Moan and Georgia Gibson who she also studies with at university.

I ask what it’s like working under manager Melanie Reay.

‘She’s a great coach and motivator. She is able to get the best out of everyone. She takes no shit and you know where you stand with her. Her training sessions are excellent. She was a really good forward herself and the shooting drills are great. She’s really experienced, but she has a laugh at times.’

We talk about the Sunderland Ladies fans.

‘Thank you so much for your incredible support. Let’s go on and get promotion.’

Galloway is a pacy forward, who cites team mates Mollie Lambert and Katie Barker as fellow speed merchants. As we finish off our chat she is keen to state that they are taking it game by game. Sunderland Ladies fans could be in for a treat as the season moves to its conclusion in the coming months. There could be a league and cup double on the horizon. These ladies will do all they can to achieve that. The least we can all do is get to as many games as we can to support them. Please come along, I can guarantee you’ll enjoy it and it’s a fantastic family atmosphere, whether you attend the home games at the Hetton Centre or Hebburn, the home of Hebburn Town.

One thing is for sure, we’ll be seeing more goals from Galloway from now until the end of the season. 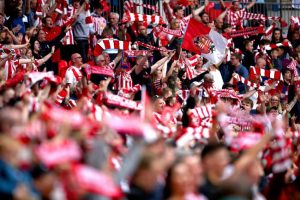