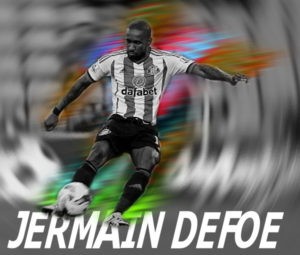 There has been some clamour around the selection of Jermain Defoe, who is in line to receive his first cap for four years at the tender age of 34. Defoe is a man in-form, as he’s the second highest English scorer in the Premier League this year, finding the back of the net 14 times – second behind only the injured Harry Kane. Data from EA SPORTS shows that the selection may be a wise one from manager Gareth Southgate, when stats are compared between Defoe and the other nine forwards who make up the top ten English scorers in the league.

As you’ll see from the above data, Defoe is not only second when it comes to goals scored, but he’s taken the second most shots of the other forwards – behind only the injured Harry Kane. The Sunderland man also has the third highest shots to goals percentage, with 21.2% of his shots leading to goals – behind only Troy Deeney and Kane again.

It’s not only goals that Defoe brings to a team, but he can also contribute to a team’s build-up play. The above data shows that Defoe has the second highest passing accuracy of any of the top ten English forwards, with the third highest accuracy when it comes to passes in the opposition half. This is particularly impressive when you consider that the two men that beat him are Walcott and Sterling, so not traditional number 9s!

Data Courtesy of EA SPORTS, the Lead Partner of the Premier League.

Next Post
Hail Jermain Defoe, Sunderland and – once more – England