Salut! Sunderland is running a special competition to reflect the state of bliss in which it finds itself as it approaches two million hits – and now has an excellent prize to announce, courtesy of Hays Travel. Read on for details. As I prepared to post this item, we were 20,045 short of the milestone so expect it to be reached this month or next. Sunderland supporters have already posted excellent entries; try to outsmart them whether you support SAFC, Newcastle United, Middlesbrough, Scarborough (included after a tweeting mishap) or indeed anyone else …

DO NOT TRY TO POST YOUR ENTRY HERE. YOU CANNOT!

This was the little slice of news I was hoping for. The great Salut! Sunderland smart-alec competition has a prize sponsor.

Getting one at all was hugely welcome. Getting this one feels special.

Hays Travel, proudly the UK’s biggest independent travel agent and just as proudly Sunderland-based, has kindly agreed to put up a £200 voucher to be used against a holiday booked with the firm.

I have taken a few holidays with Hays – including the trip to India I described at Salut! North – and thoroughly enjoyed each of them. A few readers will know that John Hays and I are friends but friendship would never cause me to recommend a company’s services if I did not rate them highly.

So how do you win £200 off your next holiday? By coming up with a funny or incisive verdict on the season just ended.

Go to the original posting – https://safc.blog/2013/06/salut-sunderlands-two-million-hit-party-even-newcastle-are-invited/ – announcing the competition. You’ll see several people have already had a go; that is why I am directing new entrants to that posting so that they all appear together.

Understandably, no Mag or Smoggie has yet accepted my invitation to enter. They remain very welcome to do so and are probably aware already of Hays Travel’s presence in the North East.

Just reflect on the season recently ended and, whether you support Sunderland or Newcastle United or Boro or none of those, come up with the sentence, phrase or paragraph that seems to sum it up for you.

It might be a thought on your club, a player, the manager, the fans. It could be someone else’s one-liner that says it all for you. Use any format you choose and by all means make it a question, but limit yourselves to one thought apiece.

I will come up with more prizes for entries placed second and third. Watch this space or somewhere quite near here …

And in the meantime, here is a repeat of some random suggestions of my own: 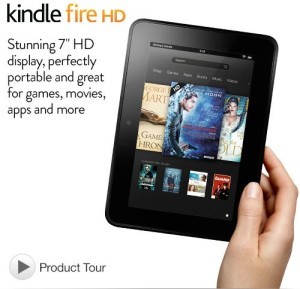 Next Post
The Lars Word; crime and punishment (and the future), Di Canio style