We made changes and [Steven]Fletcher came on with all energy and willingness to make an impact, and today he helped us to make that difference.

When he came on we had more presence and he got one goal and one assist whilst showing a very good understanding with Connor [Wickham], like today there are games when you can be the better team but you need to transform that into wins by scoring goals and we did that.

I think it was important to score because I know many people were worried about the goals, but I was not because we were playing well and we were creating chances, 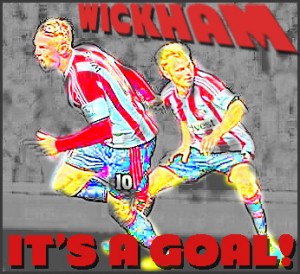 They were two terrific goals and they are two players we can count on to score double figures to help us to win football matches.

We have had Jack [Rodwell] and Santiago [Vergini] for the last couple of days but Santiago was only done today and they need to get used to everything.

It is true that football is XI v XI with one ball and there aren’t too many secrets, but you need to get used to the way of playing, the way of defending, the system and your team-mates, and that takes time.

We know that Jack needs more minutes because like Santiago he has not played that much during pre-season, so the more we can use them in these games before the start of the Barclays Premier League the better it will be for us.

I am very pleased to have them both on board and I am looking forward to seeing them help us.