It would be even better if the Facebook group could somehow climb to 1,000 members and the Twitter followers to 2,000.

If you do not belong to the first and/or follow the second, can I persuade you to rectify that? It’s really quite simple: 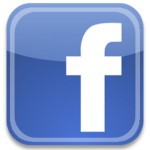 * TWITTER: the name is simply salutsunderland you get there by clicking this link. The one down side is you get tweets about my ordinary journalistic articles. But the activity is mostly SAFC-elated (at least I think it is).

If you share our deputy editor Malcolm Dawson’s distaste for social media, you will do neither and face no criticism for that choice. But it’s nice to feel people want to belong.

Next Post
Beyond belief: mountains to climb if Koné goes to Everton or Chelsea