The boys fly off to the States this week. If you were Donald Trump would you let them in?

And if they get in who do you hope stays there?

It doesn’t sound as if we were destroyed in David Moyes’s post match missive. He  thinks we didn’t deserve to be 2-0 down at half time. But we were, and we did:

“Whoever got the first goal was vital and now we have to hold our hands up and make sure we do things a lot better.

If we had got it then it might have been different because they have lost quite a few games recently.

I thought we started the game really well and I thought we played very, very well in the first 20-25 minutes. 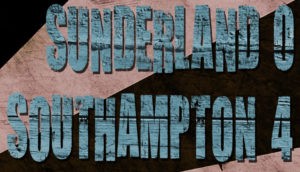 We probably didn’t create enough opportunities to score but we played well and with confidence.

We wanted to try and get back in the game but I didn’t think we deserved to be 2-0 down at half-time.

The first goal went against us and unfortunately that made it difficult.”