Are we meeting Southampton at the right part of the season? Are they  far enough up the league to be relaxed and not inclined to fight as hard as some more desperate clubs might? Will they be distracted by Wembley and not focused on their immediate game?

Somehow, I don’t think so. They’re a well-run, professional club and the manager knows what he’s doing. But, even so, we must have a chance.

What else does he think? Find out for yourself as he fills the hot seat on this week’s “Who Are You?”

M Salut: Saints are presumably resigned to a finish well below last season’s sixth place. Gutted, or just relieved that results have started to pick up well enough to put you in comfortable mid-table?

Alex: I wouldn’t say they are comfortable in mid-table. Lose on Saturday and they could be looking nervously over their shoulders towards the bottom three. While replicating last season’s heights was always going to be difficult the run to the EFL Cup final has masked a very mediocre league campaign.

Claude Puel was a one-club player (Monaco) and three of the teams in the Ligue 1 top four (Monaco, Nice and Lyon) are those he has managed. Did he have too much to live up to at Southampton?

I don’t think so. Puel was very much an unknown quantity when he arrived and has been largely underwhelming. The issue he had was following two successful managers in Mauricio Pochettino and Ronald Koeman against the backdrop of the annual big-name summer exodus.

How do you feel about Southampton being a nursery for players who start or mature there before becoming superstars elsewhere? Without even looking at Arsenal, Gareth Bale and Lallana are just two to spring to mind 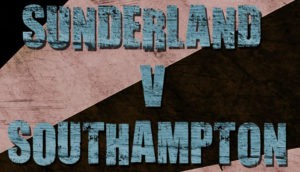 I think is something the club and fan-base should be proud of. No team in the land can boast such a conveyor belt of talent over recent decades dating back to Alan Shearer and Matt Le Tissier, The only shame is they can never keep hold of their crown jewels for very long.

Having tasted top six, how far realistically can the Saints go – and how would that come about?

It is going to be very hard to go beyond the top six, especially given the calibre of teams they are competing with. The board have spoken openly about trying to challenge Champions League qualification but that would cost hundreds of millions and so far they have not shown the financial muscle to match their lofty ambitions.

We weren’t sure whether Virgil van Dijk would still be your player when the transfer window closed but his injury rendered the point moot. What do you think of him; who else are the great strengths of your squad, and which weaknesses needed to be addressed/were addressed?

Virgil van Dijk has been immense this season and arguably the best defender in the Premier League. With him injured they are dramatically weakened as was shown by last weekend’s 3-1 defeat at home to West Ham. Midfielder Oriol Romeu has been van Dijk’s nearest challenger in their player of the year stakes while new £17m signing Manolo Gabbiani was bright and vibrant against the Hammers.

Your best moments as a Saints supporter, and your worst?

One of the best was defying the odds by beating Liverpool in the EFL Cup semi-final to reach Wembley. The worst was being relegated from the Premier League in 2005 and the financial uncertainty which followed.

How does the best of the current generation compare with the greats, too numerous to identify, of the club’s past?

This is by no means a vintage Southampton XI. You could almost build a Premier League title challenging team out of the players who have been sold over the last three years so it is inevitable the quality of the side will suffer.

Sunderland: you saw our problems coming, knew our time was up or have been truly shocked at how badly we’ve done?

I have been surprised David Moyes has not been able to turn things around after seasons of struggle. He wears the look of a manger still haunted by his chastening Manchester United experience and his negativity has not helped the team or the atmosphere around the place.

Is there any member of our squad you’d be happy to see in your red and white stripes?

Jermain Defoe has proven even at his age he can still stick the ball in the back of the net – something Southampton have been crying out for all season.

Top four in order this season?

Best players you’ve seen in your colours – and nay who should never been allowed to wear them?

Matt Le Tissier is undoubtedly Southampton’s best ever player and kept them up almost by himself season after season in the 90s. Rickie Lambert will forver be a cult hero for the goals he scored to get them from League One to the Premier League, but van Dijk is right up there. The Ali Dia story of how he conned Graeame Souness into signing him by saying he was George Weah’s cousin and then being awful has been well documented but there are others like Scott Marshall (OG) and relegation king Calum Davenport who can rival him for rubbishness.

Cheating: should we give up on diving and accept players are happy to indulge, and coaches to encourage them, of keep on fighting against it?

We should never give up, but it is becoming more and more a tool players and managers use to gain an edge.

Introduce a cap on ticket prices.

Temptations of China: a scandal or moneybags European football given a taste of its own medicine?

A taste of its own medicine after the moneybags Premier League dominated the transfer market for years.

Finally: a bit about yourself: 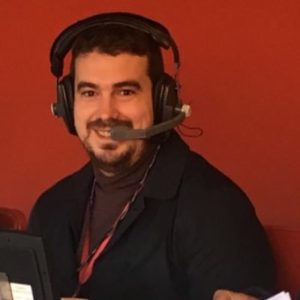 Next Post
The Lars word: memories are made of this