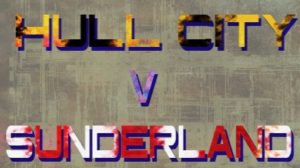 Salut! Sunderland: Wembley! Terrific memories, I’m sure. Share some with us …

“I never thought I’d get to experience the new Wembley.”

“I never thought that I’d see Hull City at Wembley.”

“I can’t thank you girls enough.”

The words uttered periodically by my Dad as I drove him, my sister and my brother in law back home following our first visit to Wembley in the Championship playoff on Saturday 24th May 2008. It was the day after Dad’s birthday, and my sister and I had bought him a ticket and paid for us all an overnight stay in London. We weren’t going to miss this! In some ways, we thought in advance, it doesn’t matter what the result is.

Oh how that changed, but oh, how long was that second half – it went on for an eternity. If any of us could’ve changed anything about that day it would’ve been the time of the goal. Dean “yes you can have the freedom of the City of Hull” Windass scored in the 38th minute – a sublime volley. Dare we even watch the rest of the match – it was one of those where you were reluctant to do exactly what all the promotional stuff had been saying to us for the previous couple of months & “Dare to Dream”.

The Premier League was actually a real possibility, and we were participating in our minds as if we were on that pitch – we were making every pass, dribble, shot, save, tackle, we felt every knock, panic, shove, shirt pull, we put ourselves on our own lines. How many times we checked how many minutes to go I don’t know.

But when that final whistle went, we all cried tears of happiness and incredulity. We danced, we hugged, we sang our flipping heads off. Needless to say, after leaving Wembley and enjoying a meal and some drinks just off Leicester Square that night, we had a few more drinks once back at our hotel – strangers shook our hands on the Tube escalators in congratulations (maybe they realised just how much of that match we actually did play rather than watch!!) – you could tell the Hull City supporter a mile off, they didn’t have to have the shirt on, they just had beaming grins on their faces. WE ARE PREMIER LEAGUE was chanted everywhere.

I still have Carnival de Paris by Studio 99 which was played incessantly in the on field celebrations on my iPhone and it always makes me smile even now. A proud day to be a Tigers fan.

Dad passed away in late November last year – he still talked about his trip to Wembley. He was a City fan all his life. I like to think that Dad has taken those memories away with him and is busy telling the story of the match, how he got his nickname Disco Dave over that weekend, and just how chuffed he was with the whole experience to anybody who’ll listen.

I know it was the first of four trips to Wembley for us in the last 10 years and that there were more goals in the two x FA Cup matches. I’m lucky enough to have experienced all four games, but the one that means the most to me is the one that meant everything to my Dad.


What other highlights have you experienced as a Tigers supporter?

Four trips to Wembley is obviously up there – going 2 goals against the Arsenal in the FA Cup final and ultimately taking it to extra time before losing 3-2 was immense. So close, but the atmosphere on the Tube after the game was amazing. We drowned out the Arsenal fans with our singing.

Beating Liverpool at home three times in the Premier League was also great – as was going 2-0 up at home to Man Utd on Boxing Day 2013 – though losing 2-3 in the end (words I kept repeating when up by the same margin in the FA Cup Final later that same season).

The chance to meet our players as part of being involved in the running of the Official Supporters Club (OSC) is also a highlight – and that goes for the ex-players too – we are lucky enough to have an ex-player as our guest for a 10/15 minute interview pre match on our weekend home games.

That’s led to Dean Windass calling me a “legend” for the work I do through the OSC for charity, to Justin Whittle participating in more than one of the pub quizzes I run and to John Hawley sharing the hosting duties with me at the December Quiz and presentation of £2,000 to the family of the late Daniel Wilkinson, ex Hull City player, who sadly passed away playing football just over a year ago and in memory of whom a Foundation has been set up to provide CPR training, defibrillators and heart screening across football at all levels, as Dan died of an underlying heart condition.

It was also lovely to be able to present a cheque to Headway – the brain injury association in November last year with Ryan Mason, as it’s a charity that has supported him following the nasty head clash he suffered in our match against Chelsea last season.

Away from the nearest we’re likely to get to glory days, and meeting idols, what I really enjoy is going to the away games, visiting grounds that I’ve never visited before, as it’s true, the atmosphere away is totally different to that at home.

And the lowest points?
Aside from when we lose and thankfully rarely when trouble in the stands – this season we’ve unfortunately experienced some of that when Birmingham City were visitors to the KCOM (though their fans who joined us pre-match in the Airco Arena were great – they even brought their ex player Paul Tait with them and he agreed to give an on stage an interview) and similarly when Millwall played us at home in the FA Cup in 2009, then low points are few and far between.

I know there are some people and groups who aren’t happy with the way the club is being run, but I prefer to concentrate on the things I can influence, and how I can help to bring the club closer to the community and vice versa where I can, so my energy is channelled positively.

I also hate to see nasty injuries to all players – regardless of the team – thinking specifically of Hull City here, I’d say latterly those to Ryan Mason, Moses Odubajo, Robert Snodgrass have been key. You just feel so helpless and I know the players earn more money than the majority of all of us, but it is a short lived career, and to not be able to continue with your “job” / the thing that you love and have a talent for must be a dreadful feeling – it was bad enough for me when I had a back operation and was away from my office job for five weeks.

But the worst point I can recollect is when we were locked out of our ground when at Boothferry Park by our then owner, David Lloyd. I still fail to see the logic behind that.

To read more from – and about – Kathryn, take a look at the first instalment of this interiew, which you should find at this link.

Next Post
SAFC vs Hull City Who are You?: (1) who will avoid the drop?