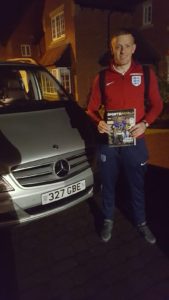 There are a lot of words which are bandied about by fans and pundits alike, such as continuity, stability, and consistency. Those reserved for pundits and commentators are terms such as “channels” and “pockets”. Channels are what you get on your telly and pockets are more usually found in your trousers. Bob Murray had deep pockets, but unfortunately short arms. Anyway I digress as the other often used and more often misused term associated with football is loyalty. Its used as if it’s a single and unidimensional concept. There are many interpretations of what loyalty means in football specifically, as well as life in general.

Some time ago I wrote a piece for Salut! Sunderland that referred to the then departed Simon Mignolet in somewhat disparaging terms. I don’t regret what I said about his ‘disloyalty’ as I saw it then, because it represented how I felt at that time. Maybe it’s the softening of old age or several life changing events in recent times that have prompted some reconsideration on what loyalty means.

There are certain players who have been at Sunderland and have performed as well if not better than we could reasonably expect. Their numbers, of course, are miniscule in comparison to the long list of overpaid, n’eer do well idle dross that have sullied the shirt and badge (did someone mention Rodwell?). I’m not even going to waste any more words on this particular creature. 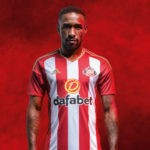 Jermain Defoe; excellent professional who gave his all but had his agent broker a deal which saw him leave for nothing if we went down. Hastily forgot that we rescued him (and that is the right word) from the ultimate backwater of a backwater which is Toronto FC in the MLS. Nobody else wanted him and we gave him the chance to come home. Defoe has of course shown a warm and caring side to his character in the relationship and the support he offered to little Bradley and his family. There we saw some real empathy and indeed loyalty. When it came to football and loyalty, the well was dry. Defoe didn’t give a monkey’s about SAFC or the fans. Quite frankly I couldn’t give a monkey’s about you either mate.

I read recently about Danny Rose and his affection for SAFC which has seen him back at the SoL watching games. Danny speaks with great affection for Sunderland and his time with us. Sadly, it was far too brief, and he was only a loanee. 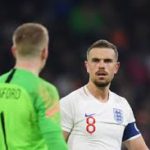 Given the important role that the two Jordans have played for England in recent times it seems only right and proper to mention them. Henderson left for a lot of money, and in fairness before he had really shown what a good player he would eventually become. The nascent ability was evident but he was young when he left and hadn’t played that many games for us. His success at Liverpool and with England may well have surprised himself to some degree. Well done to him and I hope his career continues to flourish. I’m quite sure the club were delighted to get big money for him as it would allow us to acquire some more overpaid, idle wassocks to replace him.

Henderson was sold at a time when the club was in a stronger position than when it came to losing Jordan Pickford. JP was sold at the most desperate of moments at our club. It was a tragic loss of arguably the best goalkeeper that Sunderland have ever had, and indeed may ever have. Both of the Jordans are “our lads”. They are our own and that maybe makes all the difference to how we feel about them and how they continue to feel about the club.

There’s a lot of money about in football and it’s still a short career, even if players are playing longer these days. Money goes so far and the feelings and memories that players invoke carries a lot of weight. There may be dozens of Rodwells and McNairs for every Pickford and Henderson, and those mercenaries are soon forgotten wherever they go. If you have no heart for anything but money then you won’t even understand or experience the rewards that loyalty brings, possibly years and years ahead, when people have a kind word, and speak of you fondly to their grandkids.

Next Post
In conversation with Charlie Methven: (4) what is the least Sunderland should expect?