John McCormick writes: Yorkshire seems to be cropping up a lot, even though we  left a few of their clubs behind when we dropped out of the Championship.  The truth is there are only three Yorkshire clubs in the third division and we’re playing two of them them close together.

I’ve passed through Doncaster on the train loads of times and hitched around it enough yet I know little about the town or the club. The closest I’ve been in a footballing context was that April 45 years ago, when I was stuck on a roundabout on the outskirts while I was on my way to Sheffield for a game that we won.

Pete Sixsmith can do better than that:

Another new ground for Sunderland supporters to visit for a competitive game after Kingsmeadow and The New Meadow. No Meadow here, just a prosaic title The Keepmoat Stadium, named after the house builders who have probably paid a few bob to have their name attached to a neat and tidy ground which is a vast improvement on Belle Vue, where Rovers played from 1923, when they came into the Football League, until 2006.

They have played in four of the top five professional leagues in England, the First Division/Premier League being the one that has eluded them so far. Much of that time has been at the third and fourth levels although they have had a number of seasons in the second tier as well as five years in the fifth. 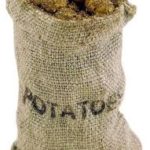 They had a bad time in the late 90s under the ownership of potato sack magnate Ken Richardson. With a dilapidated ground and no money, he decided to burn the main stand down in order to convince Doncaster Council to build a new stadium.

Rather than do it himself, he employed a former soldier from Newcastle. Unfortunately, the squaddie left a mobile phone at the scene of the crime with a text message addressed to Ken which said “Done” so South Yorkshire Police had little trouble in gaining a conviction and Potato Ken went down for four years.

The new owner was a cut above potato sacks in that he owned a cosmetic surgery business. John Ryan was a Donny lad who had watched them as a boy and he oversaw a rise back to the Football League and a smart new ground at the Lakeside Leisure Complex. He even played for them, coming on in the last minute of their final game of the 2002-03 season. Maybe Messrs Donald and Methven will follow suit against Portsmouth in May…..or not. 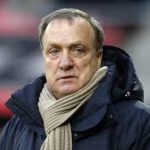 We have played there once and that was a pre-season game on July 29th 2015 under Dick Advocaat. This was just after we had persuaded him to stay by bombarding his wife with flowers and camping outside his house to convince him that we really, really wanted him. He resigned at the end of September.

We lost 2-0 and turned out two different sides. This was the first half team;

And in the second half;

Vito Mannone and Jordan Pickford were unused subs that day, so out of the 22 players who travelled down the A 19 that pleasant summer night, we have three currently on the books. 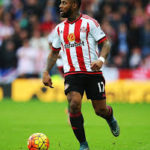 You may want to amuse yourselves by working out which of the above are at these clubs;

We were truly awful that night and it got worse; three weeks later we were thrashed by Leicester City and continued to lose games steadily until Advocaat, annoyed at the lack of quality that had been signed in the summer (Matthews, Coates, Kaboul – although he improved), grumped off back to the Netherlands and was eventually replaced by Sam Allardyce.

I remember writing at the time that Lens must have wondered what on earth he had walked into and he turned out to be yet another good player who failed at Sunderland.

We have played Rovers twice in the league and that was in our only other sojourn into this league in 1987 -29th August to be precise.

I missed this one, being on an extended holiday in the United States and having just completed a coast to coast trip following the Lewis and Clark trail from Oregon to St Louis and then on to Annandale, Virginia in the company of the excellent Frank Regan.

Frank had little knowledge of the structure of English football and no concept of promotion and relegation but he understood my support for the team and we made transatlantic phone calls to Doug Bones (see TFTEISYG Shrewsbury Town) to find out scores.

I was elated by the win at Brentford, disappointed by a home draw with Bristol Rovers and unconcerned about going out of the League Cup to Middlesbrough. But the Doncaster result, which I found out when I landed at Heathrow, put a spring in my step and when I resumed my position in the Clock Stand Paddock on the Bank Holiday Monday to witness a 4-1 thrashing of Mansfield Town, I was convinced that promotion was a certainty.

The teams at Belle Vue that day were;

Paul Lemon in the 34th minute and Gary Owers in the 56th wrapped it up for us in front of a poor crowd of 2,740. Football was not fashionable in 1987. 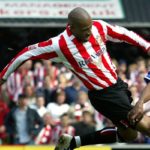 Some interesting names there; Andy Rhodes is the father of Jordan Rhodes, now at Sheffield Wednesday and Brian Deane (right) played for us at the end of the 2003-04 where he helped us to clinch the Championship. Brian Flynn was the former Welsh international who managed Rovers to promotion to the Championship and was chief scout at Swansea City until their demise last year.

It’s a short journey down to Donny and we are taking 4,000 supporters. It is to be hoped that they behave themselves and that we travel home with big smiles on our faces, just as the ones who were there in the crowd of 2,740 did after our one and only competitive visit to Belle Vue.

Last Game at Belle Vue posted on Youtube by warmycc4eva  Jan 2007. If there is any copyright claim, not answered by ‘fair use’ exemptions, on the video and images used to illustrate this report, please make us aware and we will add credits or remove as requested.

Next Post
‘4,000 Sunderland fans, midweek game says it all’. Doncaster Rovers Who are You?