John McCormick writes: This is the second time I’ve set up this post. I spent hours working round the site problems and embedding files from a remote server so I could do Pete Sixsmith’s effort justice and then it disappeared, presumably never to return.  But as my  granny may have said, if a thing’s worth doing it’s worth doing well, and Pete’s stuff is certainly worth the effort.  So here we go again.

I’ve scheduled this to launch a bit earlier than normal for the series so if there are more issues – the site’s still undergoing rebuilding – I’ll have a chance to put up a third copy before Boxing Day.

The Bantams were regular visitors to Wearside in the late 90’s and early 2000’s but this is their first visit to the Stadium of Light since they came calling on Boxing Day 2003 and were seen off 3-0 thanks to goals from Jason McAteer, Tommy Smith and Kevin Kyle – a real mixture of style and characters there.

There were 29,639 new Christmas jumpers on display and referee Lee Mason probably had a Castella after the game to celebrate another step on his rise to the upper echelons of the Premier League. 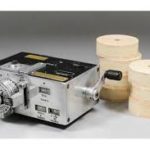 The first time I saw City play was not at Roker Park but at Feethams, Darlington’s atmospheric old ground just off the town centre and handy for the No.1 bus back to Shildon. The days of United buses complete with conductors, ticket machines that printed your ticket from a roll and an open rear platform bring back waves of nostalgia……

The game at Feethams took place on a Friday night and was a Division Four promotion decider. City had 54 points, the Quakers 52 and although the Bantams had a better goal average, a 3-0 win for the home team would tip the last promotion place in their favour. 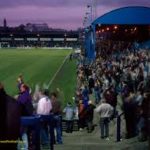 There was a bumper crowd in that night, well in excess of 10,000 including a large presence from West Yorkshire’s second city. The old ground squeezed them in but a wall collapsed at the Polam Lane end of the ground leading to a large number of City supporters streaming onto the pitch to escape a potential disaster.

The game started and Darlington took the lead before a City fight back led to second half goals from Bobby Ham, Bruce Bannister and an own goal and it was City who took fourth place behind Rochdale, Halifax Town and champions Doncaster Rovers making it a clean sweep for Northern clubs.

The league that year contained a number of clubs who now ply their trade out of the Football League. FC Halifax Town (a “new” club), Aldershot, Chesterfield and Wrexham are all in the National League, while Darlington, Bradford Park Avenue, Chester and York City are members of National League (North). Workington have fallen furthest from grace and are struggling in the Northern Premier League Premier Division.

The news from Portsmouth filtered through to my Jesmond grotto and as a result, there were a number of young people who encountered an increasingly grumpy Santa. Hopefully, his spirits will be restored on Boxing Day and a similar scoreline to that of 2003 will improve the mood of some of those who are beginning to raise doubts about where we are going. All clubs have a blip (anyone on here see Palace winning at Manchester City) and an improving Bradford may give us a tougher game than we anticipated a few weeks ago.

Next Post
Bradford City Who are You?: ‘always liked Sunderland because of their fans’