This was the penultimate game in a season that had started badly as we failed to win any significant pre-season games and lost the first two in the league. It picked up momentum as the year went on but culminated in defeats to two awful clubs in Millwall (FA Cup semi-final) and Crystal Palace (playoffs). 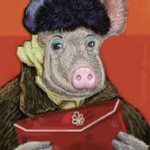 In between, Mick McCarthy gave us back some much-needed self-respect after relegation with a then record low number of points and showed his considerable managerial skills by almost but not quite making the proverbial silk purse out of a sow’s ear. 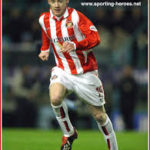 That season started off with losses to Forest and Millwall but by the end of it, we were comfortably in third place, 5 points above West Ham United in fourth and six better off than Ipswich Town and Palace in fifth and sixth. We did this on a shoestring, adding players like Jeff Whitley, Carl Robinson, Darren Byfield and Tommy Smith. We borrowed Stewart Downing, and Colin Cooper from Middlesbrough, Alan Quinn from Sheffield United and Kevin Cooper from Wolves (top marks if you remember either of those two) and gave a debut to a young prospect called Grant Leadbitter. 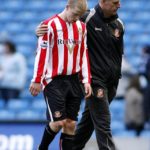 We also saw off some of Peter Reid’s less successful buys as Torre-Andre Flo and Kevin Kilbane left the club before the transfer deadline and Joachim Bjorklund, Jason McAteer and Phil Babb were released at the end of the season, as were academy graduates Michael Proctor, Thomas Butler and Paul Thirlwell. We played at Gresty Road, Millmoor, Highfield Road and even The National Hockey Stadium (decd.) in Milton Keynes, where a version of “Wimbledon” were beginning their ugly metamorphosis into MK Dons.

We cemented our place in the playoffs by beating Champions Norwich City at the Stadium and went into them with a modicum of optimism, despite a crushing 3-0 defeat at Selhurst Park four weeks before the return visit. I didn’t go to that one, partly due to a lack of cash and partly due to my aversion to all things South Norwood. I don’t like Palace.

I liked them even less after this game. Unable to make the trip due to work on the Friday, I went to the Stadium to watch it on a big screen in the bar along with Joan Dawson. We had experienced the euphoria of the FA Cup victories over Hartlepool United and Sheffield United, been bitterly disappointed over the semi final defeat at Old Trafford but had regained optimism after a win amongst the hockey sticks at “Wimbledon” and had seethed at the wretched tactics of Gary Megson’s West Bromwich Albion side as they won 1-0 at the SoL on their way to second place.

The first half was open with both sides attacking. Palace, then as now, employed players renowned for their diving skills. Julian Gray wore white boots and Andy Johnson threw himself around as if he were a member of the UK Diving squad. Both attempted to deceive the referee here; both failed. 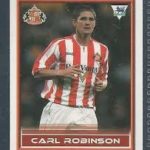 In fact, the only spot kick awarded went to us and was converted in the 51st minute by Marcus Stewart after Tony Popovic had felled Carl Robinson in the box. Robinson was a late signing and gave us some presence in midfield. He went on to captain the side in the following Championship winning season before leaving for North America and coaching the Vancouver Whitecaps for five years. A decent player and a strong dressing room influence, he was very much a Mick McCarthy type player.

I digress. The Black Cats Bar erupted but before the euphoria had dissipated, Palace equalised through a Neil Shipperley header. As the man from Sheffield United had said in 1998, “Surrendering a lead is a habit Sunderland have had all season.” Plus, ca change.

It got worse. Twelve minutes later, a speculative shot from Danny Butterfield hit Phil Babb’s heel and wrong-footed Mart Poom to give The Glaziers an undeserved lead. We battled away with Robinson putting a shot over the bar from close range and Sean Thornton running at the defenders.

It was from Thornton’s 85th minute free kick that Kevin Kyle poked home the equaliser, sending glasses tumbling to the floor as supporters danced around in glee. However, once again, we lost our concentration and Johnson outstripped Gary Breen to fire home a scarcely deserved winner. Cue disappointment in the Bar. Nothing new about that.

Our team that night was;

The second leg was three days later on the Monday night. Read all about it next week……