John McCormick writes: Jer posted this comment in response to Colin’s piece on Charlie Methven’s resignation as a director: ‘Stopped reading after the left wing diatribe. Keep your views on Brexit and politics out of football. Last I heard you don’t have to be a Remainer Labour lefty to follow Sunderland I live in a safe Labour seat’

Well, I live in a safe Labour seat in a pro-Remain city and I’m making what I think will be my 23rd hospital visit of the year on election day. I can’t think of anything worse than Boris returning to government. Perhaps people would like me not to say so, and perhaps they would like all of us to be, as Andy posted in  in response to Bob Chapman’s report from Gillingham:

Very mellow and passionless at a critical time ..

Andy did continue … for the football club and its supporters. Why even bother? Hope you have a great holiday and the cat gets to keep the mouse next time.

If we were mellow and passionless we’d never have kept Salut! Sunderland going for 13 years and Pete Sixsmith would never haver formed opinions on the 13 managers we’ve had in that time, the fourth of which is Martin O’Neill.

As Steve Bruce trooped off into the sunset, carrying his “They don’t like me because….” baggage, we looked forward to the new manager. There were two clear choices, both available and both attractive.

In the blue corner we had Mark Hughes, a man fondly remembered for his bout of fisticuffs with David Hodgson in 1985 that led to both being sent off and us coming back from two down to win 3-2 thanks to a Clive Walker hat trick. He had much sympathy when he left Manchester City after a 4-3 win over us but lost a lot of it when he walked out on Fulham, claiming that he felt he needed to manage a bigger club. Nobody had come calling.

In the red corner, we had Martin O’Neill, who had left Aston Villa at the start of the previous season after a fine career which had taken in Leicester City, Celtic and Wycombe Wanderers amongst others, not forgetting a half hour spell where he was in charge of Norwich City. He had one great advantage over Hughes – he was a Sunderland supporter. 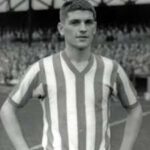 I suspect he was drawn to Roker Park as a boy because of Martin Harvey and Johnny Crossan, particularly the latter. Both were Derry boys and Crossan was a regular in the Sunderland team when O’Neill started playing football at the age of 10. He’s a year younger than me, considerably wealthier and his torture on Wearside lasted for 15 months as opposed to the 55 bloody years that I have had to suffer.

Ellis Short, still popular and well liked then, offered the job to Martin and we were delighted. This was the chance to build on the decent work that Steve Bruce had put in, tweak it a little bit and then storm up the league, win a cup and restore us to our rightful place in the upper echelons of English football. We hoped…….

There were Villa supporters warning us that he wasted large sums of money on average players – Nigel Reo-Coker, Steve Sidwell, Luke Young, Curtis Davies, Nicky Shorey – but we/I put that down to frustration and that all would be well on Wearside where he wouldn’t have to put up with the whinging and moaning of Miserable Midlanders.

Christmas saw Everton pinch a point at the Stadium, thanks to the “penalty that never was” but New Year’s Day saw the most one sided game I have seen at Sunderland as champions-elect Manchester City battered us for 90 minutes. That we held on was due to stout defending and over-elaborate finishing, with Edin Dzeko, Adam Johnson and Yaya Toure missing more chances than we create in a season. When Dong-Won Ji poked home the winner with the last kick of the game, our joy was unconfined.

There were cup wins over Peterborough and Middlesbrough, league wins at Wigan and at home to Swansea, where Brendan Rogers left an indelible mark on my memory with his patronising remarks post-match – “It’s great for the public at Sunderland to see us……..we were wonderful.” Remind me to tell you about his appearance in the posh butcher’s shop in Birkdale one day.

It tailed off a little bit but we had the better of a 1-1 draw attThe Sports Direct despite having Sessegnon sent off after an hour and Cattermole on the way down the tunnel. After that, we drew a Sixth Round tie at Goodison where Phil Bardsley scored a stunner, but lost the replay when David Vaughan scored an own goal to give the Toffees a 2-0 lead.

O’Neill had borrowed a Greek centre half in Sotorios Kyrgiakos and Wayne Bridge from Chelsea, had resurrected Matthew Kilgallon from the nether regions – I still chuckle when I think of the travelling support at Peterborough singing “Matthew Kilgallon, we thought you were dead”  – and he gave James McClean every opportunity to show that he was a good player, which his fellow Derry man took.

We looked forward to 2012-13. In came Carlos Cuellar, a favourite of O’Neill’s from his good days at Villa. Steven Fletcher was pursued and was eventually signed for a huge fee from relegated Wolves. Adam Johnson arrived from Manchester City to fire the ammunition and Danny Rose came on loan from Tottenham. One was an almost player, one was enigmatic but ultimately a disgrace and the other learned his trade at Sunderland.

But it didn’t gel. We struggled. It was one step forward two steps back. The football flickered on and off. There were poor home defeats to West Bromwich Albion, where a young Romelu Lukaku was outstanding, and Chelsea, some solid if dull wins and draws and a spakling performance at Craven Cottage where Fletcher, Cuellar and Sessegnon all scored fine goals.

The mantra was “Wait until January and he’ll sort this out”. There was money available. A tweak here and there was required. We signed Danny Graham.

Nice lad, decent lower league player. Not worth a fraction of whatever O’Neill paid for him. He struggled from the start and never settled. We slipped away and relegation became a possibility as we went seven games without a win. There were rumblings and mutterings. Were the Villa fans right? Was he a bit of a dinosaur? Could he sort this out?

Martin had no problems with that. He was convinced that things would improve and that we would climb the table and that next season would see a Sunderland side comfortably ensconced in the upper regions of the league. No, he had no doubts about his abilities to manage and he laughed at the idea of the sack. Poor results at awful places like Reading and QPR were just part and parcel of the game.

I had taken my forensic eye off the team at that time and was following Shildon in the FA Vase as they attempted to get to Wembley. Instead of suffering a 0-1 home defeat to Arsenal, I was at Brantham on the Essex-Suffolk border as the Railwaymen strolled home 4-1. Instead of witnessing a dismal 3-1 defeat at Loftus Road, I watched my home town team jump the hurdle of a replay at Ascot United (their ground is tucked away in a corner of the racecourse) and, when we had a spare Saturday because of the FA Cup, I made it to Tunbridge Wells for the semi-final first leg, where the wheels appeared to come off the carriages as we lost 0-2.

The second leg was the week after and that left me with a dilemma in that we were at home that day to Manchester United. But, and I find these words hard to say, thanks to Sky TV who brought the game at the Stadium forward, I would be able to get away a bit early and take in the second half of the Shildon game – or so I thought. 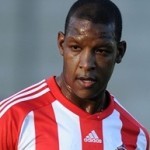 In fact, our performance was so lack-lustre that day against a United side who were on auto-pilot as they cruised to the title, that I left at half time. A Titus Bramble own goal had given them the lead and we had as much chance of equalising as Mike and Bernie Winters ever had of raising a laugh in the Sixsmith household. I pondered the situation we were in as I travelled home with hopes of Wembley in my heart and the future of O’Neill in my head.

It all ended in tears. Shildon were 3-0 up and heading for the final when the manager inexplicably withdrew the centre forward who had caused chaos in the visitors’ defence and stuck on a defender. We won 3-2 but ‘twas no good.

But the real shock came the next day. Ellis Short, now in complete charge after Niall Quinn had left to spend more time with his horses, considered that we would go down under O’Neill, sacked him after the United game and appointed Paolo Di Canio the day after.

And it has been downhill ever since…..

I know many Sunderland supporters who were desperately sad that it did not quite work out for Martin. He was a popular figure, a new Brian Clough – the greatest manager we never had – and seemed such a good fit for the club. But bringing in the likes of Danny Graham, Alfred N’Diaye, James McFadden and Louis Saha all counted against him. Between them, they managed not one goal in 43 appearances, while Fletcher and Johnson hardly shot up the scoring charts.

When O’Neill left we were a respected Premier League Club. That began to dissipate the day after. We have never recovered from it.

Seb Larsson free kick posted on Youtube by Ryan Schofield, Dec 2011, Poznan clip posted by John Burton May 2012, Bendtner clip by Brown Jan 2016 and the Jarvis the dog clip by jhn, Dec 2011. Graphics by Jake. If there is any copyright claim, not answered by “fair comment ” on the video or images used in this post please let us know and we will amend or remove as requested.

As readers know, we have been unable to publish comments for some weeks and this seems likely to remain unresolved as we wind down the site (which will remain visible until the hosting period, already paid for, expires).
Each post we publish allows a solitary response, which does not appear but can be seen by Salut! Sunderland’s editors behind the scenes. Afterwards, anyone hoping to comment is prevented from doing so and sees an automatic message about a ‘critical error’ on the site. If you wish to make contact or leave a comment please use this e-mail address or visit our Facebook group at this link . It is open to all; if you receive a prompt asking you to join, be assured that it is a simple process and approval is very quick

The Chapman Report from Gillingham: We just can’t carry on like this!