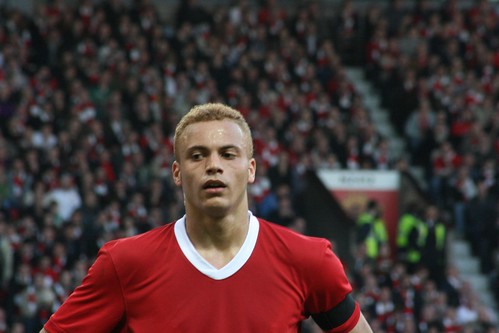 No sooner had I said we would hold fire for official news than Sunderland AFC announce the signing of Wes Brown from Manchester United.

No immediate word on John O’Shea and/or Darron Gibson, also attracting our interest, but it is fair to assume there will be movement one way or the other on either or both of them before long.

Salut! Sunderland offers a warm welcome to Wes, who arrives in one of those infuriating and frankly meaningless “undisclosed fee” transfers (take your pick amid the speculated fees you will find all over the press, on TV and radio and online, and simply laugh in the face of any SAFC official who tells you “that’s not the right figure”). The first one I found one said the fee was “in the region of £1m”, with payments to United rising to £12m if we also buy Gibson and O’Shea; you may be able to raise me on those figures.

Here is what safc.com has to say about the defender’s signing:

Former England international Brown has has put pen to paper on a four-year deal … The 31 year-old moves to Wearside with a wealth of experience, including five Premier League winners’ medals, two Champions League medals and having won both the FA Cup and League Cup on two occasions with United. Brown made 361 appearances for Manchester United, scoring 5 goals. He has also represented his country 23 times, chipping in with one goal during the Three Lions draw with the Czech Republic in 2008.

Salut! Sunderland readers are invited to add their own thoughts to the transfer activity so far …

13 thoughts on “A welcome to Wes Brown, officially a Sunderland player”