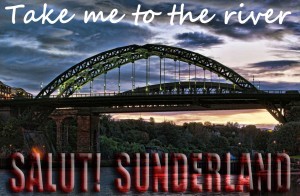 Readers of Salut! Sunderland have become accustomed to the artistic efforts of Jake, a Sunderland supporter exiled in Spain.

His work is as important to this site as a gifted cartoonist’s is to a newspaper. He brings imagination and passion to simple images noting a result or this or that aspect of Salut! Sunderland‘s coverage, from Sixer’s Sevens and Soapbox to Guess the Score and matchday results. 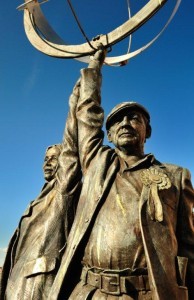 Last season, and I think in the previous one, we were lucky enough to have a young Charlton Athletic fan called Kevin – the signature being Addick_tedKevin – who was happy to create images for most members of our first-team squad. I had found him at Flickr after spotting his Darren Bent graphic. 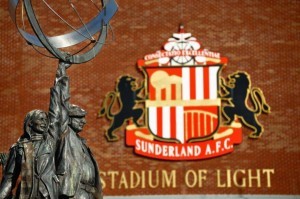 There was plenty of appreciation here for Kevin’s designs but one reader pinpointed what he considered an important drawback: the captions betrayed no deep knowledge of the players or passion for the club whereas a Sunderland fan would identify the quirks or mannerisms that made each character special or different.

That is no critiçism of Kevin; he had volunteered his images but was never going to pretend to support a team other than his own.


Jake is in a different league because he not only has the skill but shares the commitment to and love for SAFC felt by most who visit Salut! Sunderland.

He has a good friend back home, Tony Roffe, who plays bass in a local band, the Rattlers, but is also an accomplished photographer.

Tony has given Jake permission to publish examples his work here, whether or any our graphics man has added text or touches of his own.

So here is a small cçollection of Tony’s art.

Next Post
Sunderland v Wolves Who are You?: ‘au revoir, Premier League’