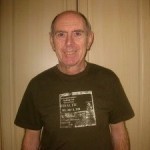 We continue our end of season reviews with Wrinkly Pete, aka Pete Lynn, who – in his second contribution to the series; click here for the story so far – asks one of the questions which will be on a lot of minds.

Of course, being Wrinkly Pete, he has to do it in a musical way, and he has to ask it a number of times …

Click on the above link, sit back and relax and listen to If by Bread with David Gate’s lovely lyrics while reading my thoughts on the season – not yet ended but for over for us after another “what if?” game on Saturday. This time the “what if?” is “what if we practised dealing with crosses in training, would we get more points?” because the evidence here and all season suggests we don’t.

We had just lost heavily at home to Bolton Wanderers. Roy Keane resigned after the game, citing his unwillingness to abide by Ellis Short’s demand that he relocate his home to the area, to my mind a reasonable employment requirement.

“What if Roy Keane had done what millions of employees, far less well paid, do quite willingly?”

Ah well, that’s enough of looking back that far.

So, my first question, and many won’t like it, is “What if we (the club, fans, management and players) had readily accepted that we were in the Championship and were where we deserved to be?”

I ask because I have heard and read so many references to where we ought to be – because of our massive fan base, because of our history, because of our infrastructure etc etc. I wonder if this kind of thinking contributed to a player mentality of just having to turn up to games and the points would be ours.

My next question is “What if we had our strongest squad available all season?” All teams have injury problems but would we have survived with the full availability of Oviedo, McNair, Cattermole, McManaman, Watmore, Kone and Gooch?

“What if we had kept Khazri and Ndong rather than lending them out?” Without knowing just how bad our finances are it is difficult to judge how necessary it was to save on their wages but my perception of Khazri is that he is better than McGeady and that of Ndong is that he is better than Ejaria. Just looking at our last four games shows nine points lost from winning positions. The small improvements that their contributions may have brought in those games alone could have taken us close to safety. What financial hit we will take from relegation I do not know but I suspect it will be far greater than the wage bill savings made.

“What if Chris Coleman had been our manager all season?” I know it is hypothetical because he wasn’t available all season but bear with me. My view is that it wouldn’t have made a lot of difference because, in general, the players that have been selected have made too many individual errors, especially in defence, including the goalkeepers.

Those individual errors, like Camp’s fluffed clearance against Reading which led directly to their first goal, are indicative of less able players who are either unable to attain a high standard or, if they do, then to achieve it consistently.

My guess is that the financial situation is so bad that there is/was no money available which I think would perhaps go some way towards explaining Ellis Short’s bizarre behaviour in not speaking to his manager since his arrival.

“What if Ellis Short had sold the club?” Well, the evidence is that he has been trying to but a suitable buyer has not emerged. I understand fans’ frustration – I feel it myself – but a new owner needs to be the right one. Ellis Short appeared to be the right one for most of his time with us. You didn’t hear him bad mouthed when he was bankrolling player purchases and let us not forget that the club with its own revenue streams was unable to do it, it was Short’s own money that secured those players. To imagine that he (or anyone) would, or could, continue doing that indefinitely is fanciful.

So, we are down, in Division Three. Or, to make it seem sweeter, League One! My final “what if?” is by way of being my personal wish for the future.

“What if we genuinely accept that we are where we deserve to be and have no money to buy new players but utilise the Academy players together with the few players that want to stay for the fight and that we want?”

We have seen that the alternative – buying “lesser” players or borrowing has not worked for us this past season. If our generous supporters sense that a player genuinely wants to play for our club then they will lift them to a new level. George Honeyman is proof of this.

As others have said: “This is our club and always will be.” Let us then be the ones that lift it now, when it most needs it.

And before you go, remember you can catch our splendidly bleak buildup to tonight’s match at Fulham by heading for the home page here

Next Post
The First Time Ever I Saw Your Ground: Fulham and Craven Cottage