As Boro coasted to victory against SAFC in the FA Cup, Gary Bennett could be heard tellng listeners to the BBC Radio Newcastle commentary that it was the travelling supporters – no fewer than 4,476 – he felt sorry for. One of them was our own Pete Sixsmith, who emailed his report with a GLUM reference to another ‘depressing and dispiriting’ day. At least the SAFC Ladies team won (3-0 vs Birmingham), prompting my mischievous tweet: 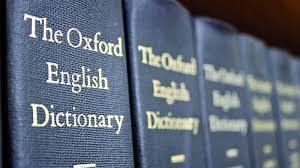 Think of the word flat, used as an adjective rather than an adverb or a noun, and you have a pretty accurate description of the way that we played at the Riverside. My OED defines flat (adj.) as

“dull and lifeless, lost all its effervescence, without energy or enthusiasm.”

The last one may be a little harsh, but let’s go with all three.

Dull and lifeless; that basically describes our play for 90 per cent of what is turning into a season of such abject wretchedness that I am considering having the red and white blinds at Sixsmith Towers changed.

Here, in front of 4,500 supporters, we were certainly dull. There was little evidence of the crisp passing and penetrating through balls that a side needs to break down a decent, but hardly outstanding, Middlesbrough side, who could well be two divisions away from us next season.

With the players at our disposal, we were hardly going to be in the business of playing an expansive and flowing game. Indeed, when have we done that for the last two years? The last “flowing and expansive” performance that I saw was at Norwich in April 2016, when Defoe, Borini, M’Vila and Kirchhoff ground Norwich’s faces into the dust in that splendid 3-0 win. The fact that we now have to rely on Maja, McManaman, Wilson and Honeyman to replicate those positions shows us how far we have fallen since that romp at Carrow Road.

Three of those mentioned did as well as could be expected. Josh Maja is not a line leader; his game has not developed in that direction. Up against two experienced defenders in Gibson and Ayala, he worked hard but is too slight and he left exhausted after 70 minutes. By that time, he had failed to clear the ball after Steele had made a mess of yet another corner, allowing Braithwaite to poke home the second goal and had narrowly missed with a near post header that might have got us back into the game.

Wilson worked alongside George Honeyman who also put a decent shift in and at least tried to go forward. But once again, his slight frame and inability to make a telling pass were clear to see. He should be able to cope with whatever Division One throws at us next season.

On the other hand, McManaman showed exactly why Tony Pulis refused to play him at West Brom, as he turned in a performance that made Will Buckley look like Stanley Matthews and Tom Finney rolled into one. No heart, no commitment, no ideas; it was a relief when he was hauled off on the hour to be replaced by Joel Asoro who put a bit of buzz into the attack. McManaman is another player, signed with reasonable expectations who has done absolutely nothing. One cameo at Hull does not a footballer make. 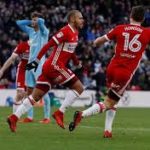 As for the rest, they were comfortably outplayed by a Middlesbrough side that did what they had to do. The fact that they were aided by yet another poor performance from Jason Steele made it far too comfortable for them.

He should have been off his line quicker and more positively for the first one, although it was an excellent pass from Traore that even the lumbering Gestede (a typical Tony Pulis player – they will bond well) could not fail with.

The second goal was just weak goalkeeping. He came for a good cross from Downing, never looked like getting to it, was blocked by Gestede and palmed it back into the box, where Braithwaite killed the game off. He was given a chance by Coleman, failed to take it, so back he goes to bench warming duties for the foreseeable future. 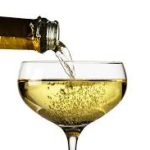 Flat means no fizz – think of a cheap bottle of champagne- and that just about sums us up. We have not got a single player who can take hold of a game and give us a toehold in it. Middlesbrough had Braithwaite (I like him) and Traore (maddeningly inconsistent by all accounts) and they back it up with solidity from Leadbitter and Howson.
They look a well-balanced side who should make the play offs; we look a lopsided bunch who look more likely to be heading for the third level of English football for the second time in our illustrious history. And the worrying thing is, that it could get worse, much, much worse.

As for “lacking energy and enthusiasm”, that sums me up as I look very carefully at my footballing watching for the rest of the season. I stopped off at Dean Street on the way home and took in the last half hour of Shildon v Team Northumbria. It ended up 5-3 to the Railwaymen and I think I shall be seeing an awful lot more of them in the coming months.

Acknowedgements: Sunderland at Spurs, John McCormick. Salut graphics, Jake. If there is any other copyright claim, not answered by ‘fair use’ exemptions, on the images used to illustrate this report, please make us aware and we will add credits or remove as requested

Next Post
Would Kirchhoff’s legs stand up to a short-term deal back at Sunderland?