Thanks to Degsy – otherwise known as Derek Aspinall, who runs Sunderland AFC North American Supporters’ Association (see footnote for contact details), the branch for fans in the United States and Canada – Salut! Sunderland brings you the first of a series of reports from the Lads’ three-match pre-season tour. Here we introduce Paul Pattison, who will be at tonight’s match versus Sacramento Republic (it’s 8pm local time but they’re eight hours behind the UK; it’s still Monday night, for heaven’s sake, as I write after breakfast on Tuesday!). 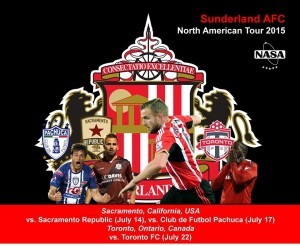 In his Letter from Sacramento on February 25, 1866, Mark Twain wrote: “I arrived in the City of Saloons this morning at 3 o’clock, in company with several other disreputable characters, on board the good steamer Antelope, Captain Poole, commander. I know I am departing from usage in calling Sacramento the City of Saloons instead of the City of the Plains, but I have my justification — I have not found any plains, here, yet, but I have been in most of the saloons, and there are a good many of them. You can shut your eyes and march into the first door you come to and call for a drink, and the chances are that you will get it.”

There’s the good news, then, for thirsty travelling supporters.

Now let Paul take up the story of himself and Sunderland’s opposition:

I grew up in Annfield Plain and left after the 78 season. Fed up with another season in the Second Division so I took off for a couple of years in the States. Thirty seven years later I still haven’t got back.

Bounced round the States and worked in Chicago, Detroit, Newark Ohio, Los Angeles, and San Francisco before finally settling down in Half Moon Bay on Highway One just south of San Francisco. Maybe some day I will settle back in Annfield Plain and Stanley. 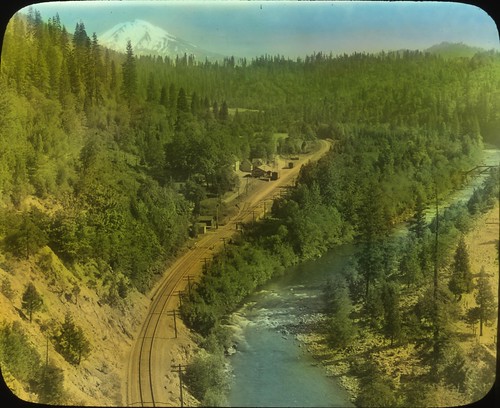 Sacramento, the capital of California, while no San Francisco is a pleasant enough town located in California Central Valley.

Nowhere near as bad as people make out and one can easily spend several days exploring the city and surrounds, museums and State Capital.

The town is only about a two-hour drive from San Francisco and also two hours away is Lake Tahoe in the high Sierras. Old Sacramento is worth a visit though a bit touristy. It is the original historic 1850s business district during the Gold Rush Period and sits along the edges of modern downtown at the riverfront of the Sacramento River. Has several bars at night but was a bit dead last time I visited. The Mid Town grid has a more vibrant scene. Never made it to the Bonn Lair but I have heard several good reports about it. Looking forward to seeing everybody there.

The major drawback to Sacramento is the intense summer heat. At the moment it is expected to be a moderately cool 90F for Tuesday’s game but the temperatures are expected to rise to the high nineties later in the week. When I was there three weeks ago the temperature reached 107F. After a few days in Sacramento you really start to miss the coastal fog.

This is Sacramento Republic’s second season and they play in the USL. In their initial season they came in second but won the championship via the playoff route.

The USL is the second tier of US professional league below the MLS and is the same league that includes the Charleston Battery who we played several years ago.

While there is no promotion or relegation between the leagues Sacramento is hoping to become an expansion franchise in the MLS in the next three or four years.

At the moment they play at Bonney field at the Cal State Expo though they are actively looking to build a stadium in downtown Sacramento which will help them with their application to the MLS.

The State fair is on so there might be an issue with parking though fans going to the game get into the fair free with their ticket for the football match.

Sacramento Republic ave a really good vocal fan base. When I saw them recently they brought over 2,000 fans to San Jose for a midweek fixture which was pretty amazing. They typically sell out for home games (approx 11,000) but the game on Tuesday isn’t expected to sell out mainly because all season ticket holders have to pay at least 25 dollars for admission whereas the game with the “Cloven hoofed followers of Satan” on Saturday – Newcastle play there on Saturday – is part of the season ticket package so most of their supporters get in free. They don’t realise it but they are still being robbed watching that shower.

When I saw them recently in the US Open Cup they played a neat short passing game and they actually looked a better team than San Jose only losing on penalties after being two goals ahead with 20 minutes to go.

However Sunderland should really beat them as I would put them as fourth division at best and it will probably be a pretty flat atmosphere in a half empty stadium.

They are having a rough time at the moment having lost their last two home game 4-1 to Mexican team Atlas and 4-0 to the LA Galaxy reserve team. If they had won the game they would have gone top of the USL Western division.

Add the fact that Prekis last game was on Saturday, Sunderland should have no excuses. Probably their best players are Lopez (8), a tidy midfield player who was the player of the season last year, and Vukovic (12) a defender.

* Many thanks to Paul for setting the scene. Contact the Sunderland AFC North American Supporters’ Association at safcnasa@gmail.com

Next Post
Are Sunderland about to clinch Jeremain Lens deal?