It was while waiting to be released from the Riverside after a hard-fought but deserved win against the Boro that Ken Gambles learned, thanks to the scoreboard, that Fabio Capello had resigned. It set him thinking …

A Sunderland supporter has commented elsewhere today on his unease at having three first-team players in action for Ghana tonight, with an important Premier game coming up, against a seriously below strength England.

“Is it just me, or should we be worried that we have three of our lads playing against a bunch of England B players hoping to make a name for
themselves and actually trying?” was his question, and I knew exactly what he meant. 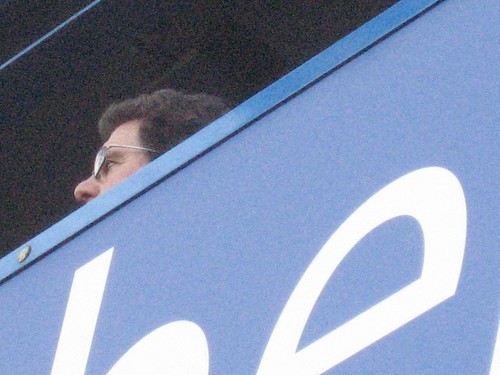 Andy Humble, SAFC-supporting Aussie exile and stalwart of the Blackcats list,, took the words clean out of our mouths after reading Darren Bent’s staggering comment that Fabio Capello had told him his chances of playing for England had improved because of his move from top-seven Sunderland to struggling Villa …

Having heard about this the other day, and just read more about it, I was surprised to see no further comments.

I was at least expecting Jeremy Robson to have passed comment. As no one has mentioned it, I thought I needed to vent my spleen …

Belated congratulations to Darren Bent on forcing his way back into Fabio Capello’s thinking, winning a place in the England squad to play the Euro 2012 qualifier (correcting earlier error – see comment) against Bulgaria on Friday. Let us hope he gets a meaningful slice of the action.

Having just watched a fine second half performance by the Netherlands to overcome Brazil (though Van Bommel should be quietly told that Salut! Sunderland would have booked him for the rotten offence of trying to get an opponent – Michel Bastos – sent off, and then again for his two subsequent fouls in successive minutes), I was already happy enough. But Jeremy Robson‘s thoughts on Fabio’s continued employment have just brought another smile to my face …

Fabio Capello is still the England coach. For now at least he remains in the employ of the FA. It’s hard to imagine what sort of conversations took place to reaffirm the Italian’s tenure.

How do we choose the next England manager? We no longer turn to a committee of octogenarian football administrators, but there are always the sports editors of the tabloid press, TV pundits and Glenn Hoddle’s spiritual healer. And if they can’t help, says Luke Harvey, we could do better than consult ancient Chinese history …

The empire, long divided must unite; long united must divide.

Perhaps a quote taken from Jonathan Hu’s novel recalling the 206 BC-220 AD period of ancient China needs a bit of a stretch to apply to today’s England national football team. But in my view, it can be used to offer an accurate portrayal of a collection of footballers in utter disarray.

Jeremy Robson ponders the list of possible contenders for the England job, if Fabio Capello does not stay on. He finds one omission surprising, though there is just a slight suspicion that he may be taking the Mick (and a much stronger suspicion about an SFR dongle’s ability to work on a French TGV, which explains why Jeremy’s piece was cut almost in half for most of the day …

These are the candidates for the England manager’s job. Well, at least these are the
names that The Guardian feels worthy of inclusion in its list of potential replacements
for the beleaguered Italian.

The morning after a bad England performance is usually a good time to be out of England, or at least out of reach of the papers. is out of England, but it doesn’t stop him entering rant mode. Never mind the controversy, he says, feel the lack of depth …

, I will be 50 years old and, for the first time in my life, I have been humiliated by my country.

Not let down, or disappointed, but humiliated. It’s as simple as that.

I didn’t expect England to win the World Cup, far from it. My expectations were not high. I wasn’t optimistic when I saw Capello’s squad and witnessed the preparations he was making while banking 6 million quid for the trouble.

Football and opinions are inseparable, as this piece will show. Some observers will probably feel it a little early to be belting out a muscular song questioning Fabio Capello’s managership of England. But – a man of many strong opinions – is not singing from their hymn sheet, and he’s certainly not singing a Capello …

Well, he was to most observers, at least until last Saturday. Great, or even just good club managers often find it difficult to make an effective transition to international management. None of the above apply to Capello’s predecessor, Steve MacLaren, who was a moderately capable manager elevated to a position that completely transcended his abilities or judgement.