Monsieur Salut writes: you cannot dance on the streets of Raith, or even St Mirren – it’s in Paisley – but I believe you can dance on the street, since there is (or was) a St Mirren Street. I don’t suppose many of our 500 fans at the 6-0 friendly win knew that, or much cared. But David Whitfield, whom I met at Facebook where he’s a friend of Pete Sixsmith’s, was there (not the street, but the game) and kindly agreed with my encouragement and Pete’s to write a short piece about his day. With thanks to him, and Themadmistake at YouTube for the clip …

Having never been to St Mirren’s ground, I decided that when the pre-season schedule was announced this would have to be on my list as one of the friendlies that I would attend.

Pete Sixsmith would have enjoyed this, but was nowhere near Scotland as Jack Ross went back to his last club, St Mirren, and saw his developing Sunderland side romp home 6-0.

(See the highlights here at safc.com)

Pete has been tasting pasties and footie down in Cornwall and will not catch another Sunderland game until the League One season kicks off. Ross’s admiring post-match comments confirmed the adage that when pre-season games go well, they are no longer ‘just about fitness’. The goals came from Josh Maja (2), Lynden Gooch  (2),  George Honeyman and Luke Molyneux. Apologies to Gooch – we thought it was Molyneux who’d also bagged two.

For this match, we’ll just run a contingency supersub’s verdict in place of Sixer’s usual seven-word summation (and for sake of completeness add ones from the Darlington and Grimsby games, too, though Pete was there for the former).

And while we’re on, does the Maja double act, and goals from midfield, suggest our striker woes are not quite so dire as has been suggested? We’ll see …

John McCormick writes:  you’ll have read about our goings-on in all or some of the Guardian, the Evening Chronicle, the Sunderland and Northern Echos, various websites and possibly even the Daily News, and you’ll no doubt have felt so energised and enthused that you could have knocked a horse out, had you been inclined to punch one. But this has been but a mere bagatelle – nothing more than a taster. I promised a short while ago that Pete Sixsmith would provide the Salut take on our new manager and here is the master himself, with this and more; you can leave the front page news to Wishbone Ash, there’s no need to go elsewhere. 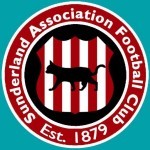 John McCormick writes: In keeping with the character of this website, I’ve used a line from a quite well-known song in the headline. I’m sure M Salut will recognise it, as will Wrinkly Pete, which might give you some clue as to its age.

There’s no competition, so no mug, but if you think you know the artist(s) and title just pop in your answer as a comment. The non-mug will not be posted to the first person to get it right but she or he will have the satisfaction of being able to look (s)mug her/himself for a while.