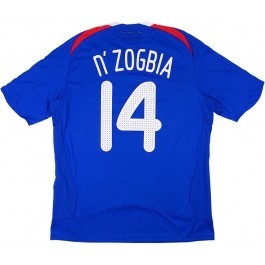 Monsieur Salut introduces the finale of Euro 2016. He can hardly disguise his allegiance, which would have been forced on him by marriage if not also by natural preference. Allez les Bleus. Who knows if the above shirt might come in handy in Sunderland’s coming season; if you like what you see, remember Classic Football Shirts are good friends of this site and take a look at their site …

Right, so not everyone round here is hooked on the Euros. But while it has not been a sensational tournament, there has been some excellent if sporadic football and a great chunk of romance. Now, there’s every chance of a deserving winner.

I am with those who care little for internationals. I’m more concerned about any Sunderland game, including last night’s bottom-of-the-table encounter between the SAFC Ladies and Doncaster Belles (I’m writing before its kickoff; NB update is that our Lasses won handsomely, 4-0), than pretty much whatever England get up to.

Tonight, I’m rooting for France. I expect the seafront of Le Lavandou, the French resort where I live for nearly half the year, to be alive towards midnight if Les Bleus have done it and will be there if it happens.

But as we showed with our Euro “Who are You?” two-parter, there is support for Portugal, too, even among the followers of Sunderland AFC. 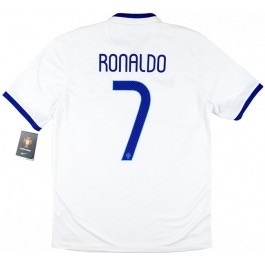 Sam Verissimo, a home-and-away regular, is half-Portuguese, half-Scottish. He gave some cracking answers, of which I particularly loved the following extract.

Who have been the standout countries and players of the tournament for you?

Iceland for obvious reasons but I think Hungary came out and did it for Fulop. They showed why they used to be a great footballing nation. Standout player has to be Hector for Germany for me.

Who has seriously disappointed?

Portugal. Their first four games. Saying that I guess a draw against them wasn’t quite as bad as losing to them! Say no more. 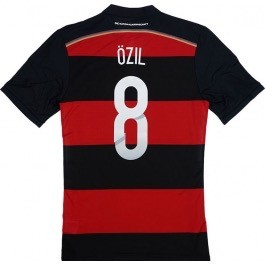 And then we had Véronique Laniel, a Sunderland-supporting Frenchwoman living happily on Wearside. “Magnifique,” trilled her friends at Twitter as news spread of her brilliant interview here.

You are a SAFC season ticket holder. Explain! Where from in France, how long in Sunderland, why, how the club got under your skin, your thoughts on the city and the region?

I moved to Sunderland 20 years ago, a French company sent me to the North East for work, I’m originally from Saint Etienne. I simply fell in love with the people of the North East so I decided to stay and here I am still here! I think the city of Sunderland has come a long way from what I can remember when I first arrived, it has moved forward in the right direction which is great to see. I love it here, the friendliness, the sense of community, the weather (not!).

I’ve always liked football and my interest in SAFC grew when my sons started playing football for the Foundation of Light, I got more and more involved in football then. After attending a few matches to start with, my passion for the club got stronger and stronger and I could not bear not going so becoming a season ticket holder was the next step to take. The passion of the fans got under my skin and why I do love the club so much? I don’t really know actually ! It’s a feeling, it’s in me! 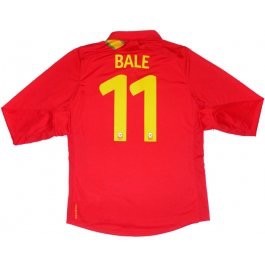 So let’s get on with the game. I hope it’s a good one and, like our French Mackemoiselle, I hope it’s settled before the final whistle and not with penalties. 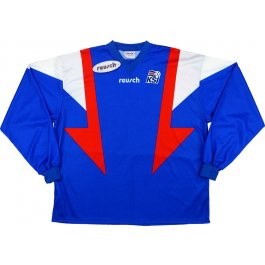 And if you feel attracted to any of the Classic Football Shirts clobber displayed, or want to see what else they have to offer, have a wander over to their site at bit.ly/1OZhVU5. They’re good to us – sponsoring competitipns and so on – and anything you buy from them helps Salut! Sunderland pay the bills.

Next Post
Big Sam for Sunderland. Klinsmann, Howe or whoever you want for England