John McCormick writes: I remember a pleasant afternoon at Fulham in the early seventies. In my case it was made pleasant by the few pints of proper beer we enjoyed in the pub on the other side of Putney Bridge and by an away win, which I enjoyed trouble free although esconced with locals. Not all grounds were so welcoming in those days, as I found out a few weeks later at Millwall. Pete Sixsmith has already written about that game – or one little different; now he finishes a series which has brightened a dismal season with an account of another trip to Craven Cottage, one which took place some five years before I got there:

Here we are again, back at the laptop hammering out another nostalgia piece about a club who have won six games all season, have had five home wins in two seasons and are heading for a lengthy stint in Divisions One, Two and probably all points south of that. 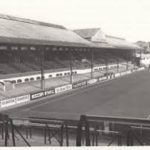 On Friday, we visit what is probably the most charming ground in the 92 in Craven Cottage as upwardly mobile Fulham look for three easy points in their quest to get back to the Premier League. They were relegated in 2014 after 12 seasons at that level, flirted with relegation to Division One a couple of years ago and are now looking to get back either through pipping Cardiff City to second place or annihilating Middlesbrough in the play offs.

For Chris Coleman and Kit Symons, this will be a nostalgic return to SW6. Coleman managed them for almost four full seasons, taking over from matchstick chewing Jean Tigana and guiding the the Lilywhites to safety. He consolidated their position for the next two seasons with highly satisfactory mid table finishes before he was dismissed by Mohamed Fayed in April 2014.

Symons managed Fulham for just over a year between September 2014 and November 2015 before losing his job after a 2-5 home defeat to Birmingham City. He then went on to rejoin Coleman in Cardiff assistant manager of the Welsh national team before taking up his post at Sunderland. 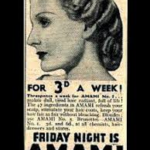 I won’t be making that pleasant walk through the Bishops Park on Friday night as I shall be washing my hair (we all know that Friday night is Amami night!!!) but I do remember very well the first time that I made that walk to the Cottage over half a century ago. 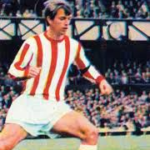 It was a Bank Holiday Monday, the 28th of August when I first set foot in Craven Cottage. In those days it was common to play the same team twice in August and we had whopped Fulham 3-0 at Roker five days earlier. Goals from Neil Martin, Colin Suggett and Ralph Brand had sent the 30,062 crowd home in a sparkling mood and when Everton were seen off 1-0 on the Saturday thanks to a Colin Suggett goal in the second minute, we were siting pretty in third place.

The opportunity to visit London on a Bank Holiday was an attractive one and I booked my seat on John Tennick’s bus, picking up in Darlington at midnight and arriving at Midland Road, next to St Pancras station at about 7.30.

After a hearty breakfast at the ABC restaurant opposite Kings Cross, the decision was made to spend the afternoon at Highbury watching the Arsenal v Liverpool game and then on to Fulham for our 7.30 kick off. My first double header – I was so excited, I almost wet myself. 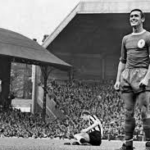 We stood on the North Bank for the first game and had a splendid view of Tony Hateley directing an equally splendid header past Tommy Lawrence to put the Gunners 1 up. Hateley had signed for Liverpool for a club record fee of £96,000 from Chelsea in the summer and was clearly confused as to which way he was kicking. A Jon Sammels goal in the second half sealed victory for Arsenal in front of 33,420, which probably included our old chums Monty and Rupert.

Then, on to Craven Cottage and our clash with a Fulham side who were already beginning to struggle (they finished bottom of the league that year and disappeared to the nether regions for the next30+ years). They still had a couple of experienced internationals in George Cohen and Johnny Haynes and had recently signed Allan Clarke from Walsall. Prodigious for the Saddlers, he improved at Fulham in the 15 months he played there before a move to Leicester City for £150,000. Then, after but a single year as a Fox, he was taken to the Pit of Hell that is Elland Road by Don Revie and scored 110 goals in 273 appearances for them. However, he didn’t score on this day …..and he didn’t on May 5th 1973. 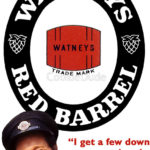 I had a couple of pints of Watney’s Red Barrel and maybe some Charrington’s Bitter before the walk through to the ground. As a discerning drinker, I felt that these weak southern brews compared badly with Newcastle Exhibition or Vaux Gold Tankard and no doubt I made my feelings known to all and sundry. I remember standing in the paddock of the Stevenage Road stand, not yet adorned with statues of Michael Jackson and Johnny Haynes.

Les Barrett gave the home team a seventh minute lead and that was the score at half time. Whatever Scottish Supremo Ian McColl said in the dressing room at half time worked and Colin Suggett and Ralph Brand scored within a minute of each other to give us a 2-1 lead and send the considerable Sunderland support in the shirt sleeved crowd of 19,597 into paroxysms of delight. 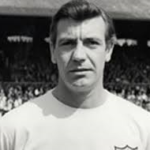 Then, as now, we were unable to hold onto a lead and within 10 minutes Barrett had equalised and then Johnny Haynes, the first £100 a week footballer fired in the winner in the 77th minute after he ran through a static defence. Sounds familiar?

The journey home, up the newly opened M1 and M18 was a long one and I was dropped off in Darlington at around 5am. I walked up to the station and helped load newspapers onto vans in return for a ride back to Shildon, getting home around 6.30 and going straight to bed from where I probably did not surface until the Manchester United game on the Saturday. I can only be thankful that my bed is extremely comfortable due to the fact that I had a friend recommend that I try out mattress sizes to make sure that I had the best one for me. Anyway back to the match, we drew 1-1 in a game where Brian Kidd scored in the fifth minute and Colin Suggett equalised more or less straight from the kick off. There were 51,000 in Roker that day; we won’t see days like that again.

They say that nostalgia ain’t what it used to be. One things for sure,it certainly beats reality

* listen to what Sixer told Cottage Talk, a US-based Fulham site and podcast. In these troubled times, it’s an excellent interview: click here

*** If there is any copyright claim, not answered by ‘fair use’ exemptions, on the images used to illustrate this report, please make us aware and we will add credits or remove as requested.

1 thought on “The First Time Ever I Saw Your Ground: Fulham and Craven Cottage”