Brunton Park is the latest stop in Pete Sixsmith‘s series* looking at his own earliest experiences of the teams Sunderland play and the grounds they call or called home. Carlise United can claim a fascinating club history, the remoteness of its location making gloryseeking support for bigger clubs less of a problem than elsewhere. Sixer’s introduction to the ground coincided with the appearance of a Sunderland hero but not a Sunderland team …

Brunton Park is one of the few grounds that I first went to without seeing Sunderland – although there was a Sunderland connection and that connection was the great Charlie Hurley.

When he left the club on a free transfer, it was akin to the shipyard cranes being dismantled or the town hall in Fawcett Street being demolished.

Sunderland without the King was unthinkable. For 12 years he had dominated the club and both penalty areas but at the age of 33 his powers were waning. Alan Brown realised that and handed him and George Mulhall free transfers at the end of the 1968-69 season and that was the end of an era.

McNab, Crossan, Herd and Sharkey had all left and only Monty, Cec, Len and the Elegant Martin Harvey remained of the team that had gone up in 1964.

Charlie felt that he had some playing time left and signed for Bolton Wanderers, then as now plying their trade at the second level. Charlie joined them as centre half, skipper and rock and when I saw that they were playing at Carlisle on a Tuesday night, I persuaded my long suffering parents to lend me the family Cortina, crammed a few school mates in it and headed for Carlisle via Alston.

Charlie looked strange in a Bolton shirt. His powers had waned but he did well enough but Carlisle were on the up under a certain Bob Stokoe and it was the Cumbrians who won 2-1.

My first Sunderland game at Brunton Park was another Tuesday night, this time in April 1972. By this time I was in my final year at Sunderland College of Education, coming up for final exams (of which I remember not a thing) and wondering when and where I would find my first teaching job.

By the end of April we were just seeing the season out and we had a rearranged game at Brunton. I was hanging around the bar one evening, yapping on about how I would like to go but there was no way of getting back, when a former student called Malcolm Bolt popped in for a beer. I knew him slightly, always enjoyed his company but had never thought of him as a football fan, let alone a Sunderland one.

However, he offered to take me and a couple of chums in his car. This car was a huge Peugeot Station Wagon which had been round the clock twice and which had spent much of its time driving across the plains of East Africa. Fearsome Beast was a good phrase to describe it; the interior was basic, it ran on diesel (a rarity 45 years ago) but it went and Malcolm was happy to drive.

Off we set the next afternoon, skipping lectures (not for the first time) and headed in the general direction of Carlisle. Malcolm decided the A69 was too busy and not enough fun so he used the Military Road, the one built after the Jacobite Rebellion by General Wade and running parallel to Hadrian’s Wall.

I assumed in my naivety that a military road would be straight and it was. What I didn’t realise was that it bore an uncommon resemblance to the popular image of the Loch Ness Monster, all ups and downs.

Malcolm (I wonder what happened to him? I know he lived in Wakefield for a while) decided that we needed fun on the trip and hit those ups and downs at a great rate of knots. The Great Beast growled, took off into mid-air, landed on all four wheels as our stomachs ended up where our heads were and our heads where our stomachs should be.

We eventually arrived in what was then Cumberland, parked up and looked for a pub. Easy nowadays – if in doubt head for Wetherspoons. Not so easy in Carlisle in 1972. Pubs closed in the afternoon and did not reopen until 6pm.

And there was an added complication; for many years the pubs in the city had been owned by the Government under the State Management System. Ready for a History lesson? Here goes….

During the First World War, the Carlisle and Gretna area was a major centre for the production of munitions while Carlisle was an important garrison town. In order to ensure that Tommies and munitions workers did not spend all their money (munitions workers were well paid after the debacle of 1915 when the British army almost ran out of shells) and all their spare time in pubs, the state took control of them and also the local brewery. The beer produced was weak, the pubs closed early and many of the smaller and less reputable ones were permanently closed.

The State Management continued for the next 55 years and had only just been sold off by Ted Heath’s government. Some pubs still traded under the SMS banner while others had been sold to predatory breweries, with Greenall Whitley buying the majority of them. As if Carlisle had not suffered enough…….

I may have had a pint of SMS Bitter or it may have been Greenalls Local Bitter, a particularly nasty brew from their Warrington base. Whatever it was, we walked into Brunton Park along with 10,322 others and watched a most enjoyable end of season game. 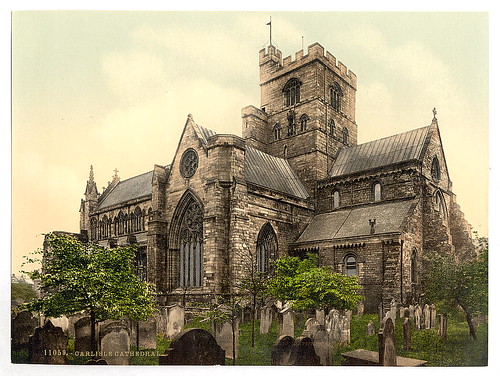 Our team that night was:

Some familiar names there – it’s the spine of the team that won the cup 13 months later. The two unfamiliar ones are John Lathan, a young centre forward who was regarded as “very promising”.

He had a decent scoring record, including a hat trick against Portsmouth in a game played on a Wednesday afternoon in March during a power workers’ strike. He flitted in and out of the team without ever establishing himself although he was a useful replacement and scored twice in a 2-2 League Cup draw at Derby in 1974.

The substitute was Jimmy Hamilton, nicknamed Chico, and a young Scot from Coatbridge. He became Sunderland’s youngest outfield player at 16 years 103 days when he came on as substitute in a 4-3 home win against Preston North End in September 1971.

Not content with that honour, he headed the winning goal into the Roker End with minutes to spare to become an instant hero. Alas, the goals failed to flow and he only added one more before he left for a peripatetic career. Ironically, his best period came at Carlisle five years later when he managed 150 appearances and a dozen goals in his role as midfield schemer.

Stan Bowles, the man of whom his former manager Ernie Tagg once said “If he could pass a bookies as well as he could pass a ball he’d be a world beater”, opened the scoring for the Cumbrians, no doubt sending Olga the Fox into paroxysms of delight.

But we fought back well and second half goals from Ian Porterfield in the 55th minute and Bobby Kerr in the 72nd minute ensured a happy journey back across the shoulder of England as we slept in the back of a car more used to pursuing lions and hyenas than taking idle students to football.

Since then, we have appeared sporadically at Brunton, the last two occasions in FA Cup replays. A Lee Howey goal took us through in 1994 and a year later, a pair from Gordon Armstrong and one from Phil Gray set up a clash with Spurs – which we lost.

A similar result on Tuesday and a similar draw would not be unwelcome.

* See Pete’s series in full at the following links. He makes a distinction between home and away games:

Home: The First Time Ever I Saw our Team

Away: The First Time Ever I Saw Your Ground

2 thoughts on “The First Time Ever I Saw Your Ground (with or without Sunderland): Carlisle United”

Next Post
Carlisle Who are You? ‘when Shankly said ours was football’s greatest achievement’