John McCormick writes: if you’re old, like myself, Monsieur Salut, Malcolm and Pete Sixsmith, Bolton Wanderers will probably be there or thereabouts in your memories. They are a proper club, with a proper history and I’ve no doubt they fired the imagination of a lot of youngsters in that long ago era of dubbin, casies and nailed-in studs. We haven’t shared much of that history, however, as we’ve tended to rise as Bolton Wanderers have fallen and vice versa, as Pete explains below:

The Trotters, as they were then called, arrived at Roker Park on October 3 1970 and this was my first glimpse of a team I hazily remembered from flickering black and white television of the 1950s. They were big hitters then; always well placed in the First Division and with two FA Cup Finals within five years of each other – one lost and t’other won, both emotional games in which they were “the team the nation wanted to lose”.

In 1953, they played Blackpool in what became known as “The Matthews Final” but should really have been “The Mortensen Final”. The entire nation outside of Bolton, Horwich, Kearsley and Farnworth wanted to see the old man win his cup medal after losing out in 1948 to Manchester United and 1951 to Our Friends From The North. At the age of 38, this was seen as his swansong, his last chance and that seemed to be slipping away when Bolton went into a 3-1 lead.

But, with wing half Eric Bell becoming the then traditional “injured player limping on the wing” man, a Matthews-inspired Blackpool came back to win 4-3 with Stan Mortensen becoming the only player to score a hat trick in the final (James Vaughan is odds on to emulate him this year) and Bill Perry grabbing the winner after some inspired tricky wing play by Matthews.

Five years later, Bolton were back, this time to face a Manchester United team still reeling from the effects of the Munich air crash. Again, a wave of sympathy for the opposition swept the nation and Wanderers were painted as the villains, especially when “boisterous” centre forward Nat Lofthouse barged United keeper Harry Gregg over the line to make it 2-0 and take the cup to Burnden Park for the fourth time.

They hit hard times in the late 60s and were relegated as we came up in 1964. After a third place finish in their first season down (two up and down in those most ancient of days) they slipped further and further down the pile, selling their best players like Francis Lee and Wyn Davies.

In October 1970, they were on the way to relegation to the third level for the first (but not the only time) in their illustrious history. It was a team made up of youngsters and ageing players and they were beaten 4-1 in what was our joint biggest win of that season.

Only Porterfield, Baker and Harris cost a fee, five of them were local lads and Park, Kerr and Hughes were the last of the excellent young Scots that the scouting system had unearthed.

They had some interesting names, not the least being Syd Farrimond. There was a name redolent of flat caps, rolled up Woodbines tucked behind the ear and pints of mild supped in street corner pubs. Gordon Taylor was a pacy little winger who went on to become the chief executive of the PFA after a decent playing career scuttling down the touch lines.

Paul Fletcher was a 20-year-old just starting out as a pro. He scored five goals in 36 games for Bolton, then moved upwards to Burnley here he hit the net 71 times in 293 appearances. Then he went into the administrative side of the game with more success than he had as a player.

He became the chief executive of Colne Dynamoes (sic), a club started by millionaire Graham White in 1963. By 1990 they were knocking on the door of the Conference and had considered taking over an ailing Burnley, who had avoided relegation from Division Four in their final game. 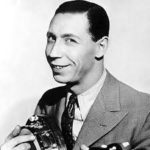 The bubble burst, Colne folded and Fletcher moved to Huddersfield Town where he oversaw the move from shabby, 1920s Leeds Road to the bright, shiny Kirklees Stadium. He then switched back to Lancashire as befits a man who is a member of the George Formby Society to supervise Bolton’s move from even shabbier Burnden Park to even brighter and shinier Horwich where Reebok claimed the naming rights of Wanderers’ impressive new stadium.

His success in engineering these moves brought him to the attention of the FA who placed him in a key role for the Wembley project, but he left after 18 months claiming that he “wanted to spend more time with his wife in the Lancashire sunshine”. Not even George Formby would have believed that….

On to Coventry City when they moved into their new stadium before he was lured back to Turf Moor where he was a very successful CEO and then became the managing director of the University and College of Football and Business, based in the East Lancashire town. There is now a branch of the college at Wembley. He was awarded the MBE in 2007 for services to football and for scoring at Roker Park.

His sidekick in this game was Roger Hunt (or Sir Roger Hunt if you are a Liverpool supporter of that era). After over 400 games for the Reds, he saw out his career at Bolton, adding 24 goals to the 245 he scored for the Anfield side.

He also played in the 1966 World Cup Final and he convinced many that Geoff Hurst’s shot was over the line; as Alan Ball said, “if it hadn’t been, a natural goalscorer like Roger would have followed it up and poked it over”. Who needs an Azerbaijani linesman?

This time there is no Hunt or Lofthouse, more a squad of players who did well to get out of League 1 last year and who have taken a while to settle. Ben Alnwick plays in goal – we can look at him and think what might have been. Roy Keane was not impressed with his taste in films.

Throw in a couple of ex Smoggies in Andrew Taylor and David Wheater and a pair of Mags with Sammy Ameobi (nearly as good a rhyming name as Angel Rangel) and Adam Armstrong, a perpetual loanee and there’s a fair bit to boo if things are going well for us. And there’s former Carlisle United, Sheffield Wednesday and HM Prison Slade player, Gary Madine (a Mag) who kept former Ferryhill schoolboy sensation Andy Cook out of their Carlisle United first team.

They have made a poor start to life back in the Championship but recent results have been better. We need to make sure that they go home without a point and preferably without a goal though a repeat of 1970 would be very welcome. 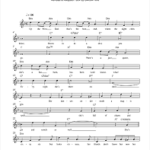 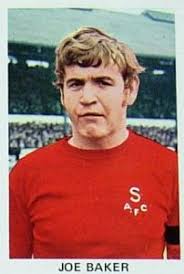 In that game, Ian Porterfield gave us the lead after 10 minutes and the 15,972 scattered around Roker enjoyed their teas and pies at half time. But only for three minutes, as young Fletcher equalised and celebrated by giving us a couple of verses of Fanlight Fanny.

It looked as if the Trotters were going home with a point until, in a late flurry, Gordon Harris, Bobby Park and Joe Baker, on for Dennis Tueart made it 4-1 and sent the Roker loyalists home with a spring in their step and a smile on their faces as they awaited the verdict of Argus in the Football Echo, still printed in the town centre and sent out in a fleet of red and black vans to all parts of the county.

No Football Echo, no vans running about the place and no Argus. You’ll just have to put up with Sixer’s Soapbox. Who said that things were worse in the past?

4 thoughts on “The First Time Ever I Saw Your Team: Bolton Wanderers”

Next Post
Sunderland vs Bolton Wanderers Guess the Score: no pressure then