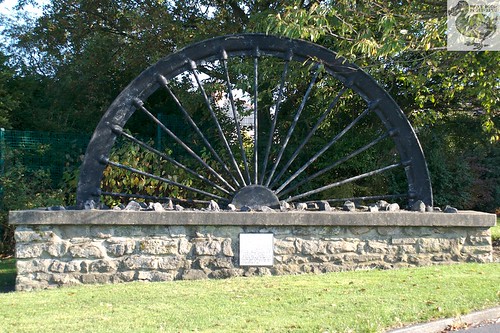 When Paul Roberts added his reminiscences to the thick volume of life stories in the Blackcats Mackem Diaspora series, the question was no so much how far the net could be cast, but how near. My mind was made up by the creator of the series, Jeremy Robson, who ruled that Paul’s memoirs counted because he’d moved to Mag country. If you still aren’t convinced, Brian Kirby’s more pronounced exile, though still in the UK, gets us back on track …

Any Salut! Sunderland reader who is new to this series may wish to add his or her own, or explore the stories we’ve reproduced here from other Sunderland supporters spread around the world.

There is also the Blackcats Google map, which has now been seen by 5,800 people:

The map, created by Neil Chandler, can be found by clicking here

I was born in Sunderland itself in 1964 and have lived there for more than 47/48ths of my life.

My first awareness of football was when I collected the “Mexico 70” stickers featuring such stars as Bobby Moore, Bobby Charlton, Pele and Franz Beckenbauer, all of whom were rightly recognised by me and my mates as being the real collectables.

However, the football itself didn’t interest me at that point. My earliest memory of watching games occurs at the end of the following season, and my first match at Roker which was the final game of the season against Millwall (lost 0-1 – I remember confusedly cheering the goal!).

The other notable event was the 1971 cup final when Arsenal came from behind to beat Liverpool 2-1; I had adopted Arsenal as my team for the day and was tremendously excited when Charlie George scored a memorable winner. Oddly, the two events are confused in my mind because I thought it was the cup final which made me want to go to a game, but obviously it was the wrong way around …

Anyway, my dad and I went along to a few games the following season, and by the summer of 1972 I was hooked enough that we decided to get season tickets. What a great choice that turned out to be! In 1973 we got tickets for the semi-final at Hillsborough, and as ST holders got priority for the final so I was there for the big day. At nine years old I was probably a little young to properly appreciate it, and I hadn’t experienced the years of failure which must have made it so memorable for older fans. The downside was that I expected success to follow on a regular basis, I didn’t expect that I’d still be waiting for the next trophy 38 years later!

Having become a complete fanatic (and SAFC stato) revelling in the promotion campaigns of 1976 and 1980, the time came in 1982 to go to university.

However, my devotion to my team prevented me from going anywhere that I wouldn’t be able to get to home games, so I took up an offer at Newcastle Uni.

Unfortunately, I came up a point short of my required grades so started looking around for an alternative, and as luck would have it I managed to get a place at Sunderland Poly! Ended up living at home, which admittedly is not really the way to enjoy student life, but enjoyed the experience and stayed there to work in IT support after getting a degree in computing and maths.

During my time working at the (then) University, I moved out of my parents’ place and up to Moorside (wasn’t it Dave Milford who also said he’d lived there?). I moved jobs to continue the career path at NEM (waste management company) who were a NE-based firm but after a year were taken over by the much larger SITA. Things went rapidly downhill to the point where I had to get out to preserve my sanity, and as luck would have it in 2000 I found a cracking job at Newcastle Uni, so I ended up getting there after all!

As for my personal life, I’ve been single for most of it, but in 2009 I met Caroline, who is a peripatetic woodwind teacher, and last June we got engaged – wedding date is set for July 30th. Following our engagement we started looking for a new house and settled on a place in a newly-built estate in Sacriston (former pit village just outside Durham if you don’t know it). Caroline moved in just before Christmas, but we sensibly didn’t both try to move at the same time so I waited until we had various bits of work done (including a garage conversion which became her music room) and we had broadband up and running! Ended up moving in a week gone Saturday so I’m currently surrounded by boxes.

SAFC-wise, I continued to attend home games during the 80s and 90s, and in the 90s I joined the Supporters’ Club and travelled to a great many away games. At one point, having also visited other grounds when we didn’t have a game, I joined the 92 club. That’s changed now as a lot of clubs have moved and others have been promoted to the league, but it was an achievement I was quite proud of at the time.

I’ve got to say, though, that my enthusiasm has waned somewhat over the last 15 years or so. The first time I really noticed that I was beginning to fall out of love with football was the 1998 World Cup, when I was pretty disgusted by the lack of passion and effort among many of the players. Of course, at the time the lads were playing some fantasy football so I remained as keen as ever.

But during the fateful 19-point season in 2002-3 I sat at many matches, seeing us lose again and feeling utterly miserable, and thinking “I don’t want to do this any more” – so I gave up my ST at the end of the season.

For the following 4 years I attended the odd game, but the promotion season under Keane fired my enthusiasm again; I went to all of the last 7 or 8 games and in the first season back in the Prem I ended up attending every home game – so I thought “this is daft, I might as well have a season ticket again”.

However, my underlying dissatisfaction with football in general, and contempt towards the modern player who I generally regard as an overpaid, cheating prima donna, is coming to the surface again and with money being tight with a wedding, honeymoon and stuff relating to a new house to pay for, I think I’ll probably give it up next season and just attend the odd game.

I first moved away from Washington, which is technically part of Sunderland now but was never considered so when I was a lad, in 1989 to work at Aldermaston, on the Hampshire / Berkshire boundary. After a couple of years there, returned to the NE as a student. Interesting times, I started at Sunderland Poly in the town of Sunderland but graduated from Sunderland Uni in the City of Sunderland.

After a year working at home with my parents (they ran a small shop), I went to Bournemouth Uni for a year on a masters course – which is where I discovered Blackcats in ’95. I moved to Brum at the end of that year, to work for Birmingham uni as a research assistant for two years. After that I moved to Stafford, to what was then still GEC (since changed owners several times) and I’m still here 14 years later. Had planned to moved back up to the NE but life had other plans, or should I say wife had other plans.

I had a season ticket when the SoL opened, in the North stand near the main Blackcats block, but haven’t had one now since the Howard Wilkinson days. I gave it up after the Leeds defeat on Boxing Day, left the ticket with an uncle to use for the second half of the season and didn’t renew. Rarely get to matches these days, I go down the pub an watch us on TV when I can.

1 thought on “The Mackem diaspora (6): does Sacriston count?”