Peter Lynn has been up in the loft again, digging out those old LPs from what DJs used to call yesteryear. His search ended with the Everly Brothers. What you are about to read reminds me of the well-educated friend who, watching fans stream out in the dying minutes as we clung to a 1-0 lead over Arsenal, exclaimed: ‘It’s like leaving a Shakespearean tragedy!’ ….

This time it’s the Everly Brothers song and the opening line “I want you to tell me why you walked out on me?” that is in my head.

This is prompted by recalling the sight of our fans leaving the Stadium of Light before the end of a game. Whenever I see this I wonder why. Why would you go to the trouble and expense of attending a game and not stay to get full value for the cost and effort you have made?

I have heard it said that people leave early to avoid the crowd and make sure they get a seat on a bus or the Metro. Well it can’t be the former as you wouldn’t go in the first place if you didn’t like crowds.

In any case I think that the decision to leave early is flawed for two strong reasons:

* you miss the opportunity to applaud our players. Surely you wouldn’t do that at the theatre or a concert hall?

* you may well miss something special. As an example, when Manchester City scored their fourth goal against us last week, thousands of our supporters left the stadium – it was embarrassing for those left behind to witness. Now I am not suggesting that it was a brilliant experience, being thrashed, especially so soon after the Southampton mauling, which I also witnessed at first hand. However I am so glad I stayed to be there when one of sport’s magic moments unfolded. This was when Aguero, who had destroyed us pretty much on his own, was substituted. He left the field to universal applause, something you rarely see on a football pitch and a huge credit to the Sunderland fans.

Sunderland fans, over the years, have had a reputation for being “THE BEST”.

If you follow Sunderland away I think this reputation is still valid. Very rarely will you see any of our away support leave before the final whistle.

At St Mary’s, eight goals down, virtually everyone stayed to what was the bitter end.

At Hull City last season, a goal behind and down to nine men at half time, our fans “sang their hearts out for The Lads” and an improbable draw almost resulted. Many of these fans (but not myself) occupy our South Stand and they are the ones most likely to get behind our team without being asked.

However, for everyone else in the stadium, it’s your team too. You can make a difference. Give your vocal backing – to the end.

I can sense where this may lead with Sunderland once again being a fortress.

“All I have to do is Dream” 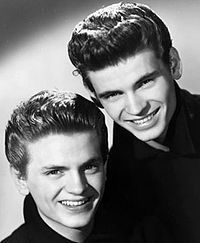 Next Post
Ruing the failure to nail Liverpool, grudging recognition of Newcastle boss, Hammers ahead