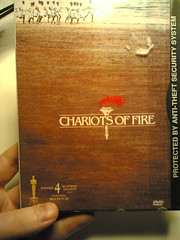 The timing of the original Celebrity Supporter interviews – dying phase, in matters Reid, of the Peter the Great age, onset of Peter the Terrible – means that some can be read only as period pieces.

The magnificent filmmaker David – Lord to be more correct – Puttnam gave one such interview, as we slid hopelessly towards relegation during the first of our two record-breaking years as worst Premiership side in history.

Lord Puttnam – for an explanation of this improbable source of fanship, you will simply have to read on – was kind, and sympathetic. But he knew how dire we were, and said so.

Bob Murray admirer that he was (and probably remains), I hope he has been as invigorated as the rest of us by the accomplishments under Roy Keane and Niall Quinn. When he gets back to me, I shall let you in on his current thoughts.

For now, though, just cast your minds back to the kind of darker times we hope – have often hoped, if truth be known – will never return.

On the night the lovable old comedian Sid James collapsed at the Sunderland Empire, it took some of the audience a while to realise it was not part of the show.

As our club hurtled effortlessly towards the abyss, a serious player from the world of academia appeared at the same theatre and also “died on the stage”, happily in the less deadly sense of the phrase.

What an honour, said Prof Booth – in so may words – and what a wonderful institution. Warming to the theme, he went on: “What people have to understand is that Sunderland has become absolutely first division.”

A gloomy silence descended on the audience of 1,000, naturally including a good smattering of Wearside folk. Fearing his words may have been misheard, the learned man added: “And I mean first division.”

David Puttnam tells the story with some relish (minus the culprit’s name; WDS’s no-nonsense investigative team did the rest).

But he took no pleasure in the shocking decline of Sunderland AFC from a club knocking on Europe’s door to one playing, this season and probably last (ie 2001/2002 and 2002/2003), the worst football in the Premiership.

For Lord Puttnam, in common with several of those who witnessed Prof Booth’s faux pas at the Empire is a Sunderland supporter, his allegiance inspired by increasing strong community links with the city and club.

Despite our own Ian Todd’s recent internet musings about adopting Wimbledon as his second club, some of us struggle with the concept of having one, or at least having one we care enough about to do more than check its results.

No so Lord Puttnam, whose natural football habitat is White Hart Lane.

“I am a lifetime Spurs supporter,” he tells me. “But given the choice between Spurs creeping into Europe and Sunderland staying up, I would infinitely prefer the latter, no question. “Though if it was between Sunderland’s survival and Spurs winning the championship, that would be a tougher call.”

Now that we’re dead and buried, of course, it is not hard for Lord Puttnam to be magnanimous. But at the time we spoke, just after the 4-1 defeat at Spurs, the mathematical certainty of our fate was still some way off (even if only the most optimistic were not already resigned to one of the most deserved relegations in living memory).

Stand by for a controversial pronouncement. Put down anything breakable or boiling hot that you might drop or spill. Lord Puttnam is anxious for Wear Down South to hear his considered opinion of Bob Murray.

“I absolutely worship him,” he says. “He’s quite wonderfully good, and has an amazing way of making you feel part of a very special family. He lives and breathes that club. I was watching him at Spurs and you could see that every kick, every movement of the game was etched on his body.

“He has effectively poured his life into the club. The most ardent fan of Sunderland AFC hasn’t a quarter of the commitment Bob has got”.

Less contentiously, Lord Puttnam recognises a shower of footballing garbage when he sees it.

What will he remember of Sunderland’s contribution to the Spurs match? “Two blinding saves by Sorensen, one of them phenomenal, and of me feeling desperately sorry for Kevin Phillips. He looked the loneliest man in the Premiership. The problem is the core talent is just not there, let alone self-belief.

It is fitting, after two years of foootballing lows, that this series should reach its final subject on a high: celebrity supporters do not come much more celebrated than David Puttnam. He is 62 (at time of interview) and his full list of honours and achievements, even as summarised in Who’s Who, seems to go on forever. As he puts it himself, he has enjoyed “a fabulous career”.

Just glance at his track record as a film-maker. Chariots of Fire, Midnight Express, Bugsy Malone, Local Hero, The Mission, Memphis Belle – yes, we could go on – and the one he regarded as his masterpiece: Killing Fields. “My best film, the toughest to make and the most rewarding,” he says. “My next favourite was Local Hero. Chariots comes a long way behind”.

His stock was so high in the mid-1980s that he was headhunted to run Columbia Pictures. Hollywood and Puttnam, it is fair to record, was no heaven-made marriage. He fought the big studio obsession with moronic blockbusters, trying to reinvent Columbia as a haven of creativity with low budget films and encouragement for promising new writers and directors.

“I wouldn’t make a Rambo”, he famously declared, “no matter what the size of the built-in profit guarantee.”

“Puttnam in Hollywood,” John Naughton wrote in the Observer, “made Don Quixote look like a calculating pragmatic;” spookily enough, he was soon shafted (but in that way most of us dream of, namely with a three million dollar sweetener).

He has since devoted his immense talents and energy to assorted good works, at the behest of his New labour chums or arising from his own passion for the arts, science and education. His interest in Sunderland University began when he collected an honorary doctorate of letters in 1996. He became its first chancellor two years later.

With Sir Tim Rice, the Bishop of Durham, Kate Adie, Steve Cram and Bob Murray, he is a trustee of the SAFC Foundation which has the central aim of promoting social inclusion by developing health, education and football coaching across the North East.

Lord Puttnam has a jumble of memories of his first encounters with SAFC and not for he first time, I am confounded by a celebrity supporter’s recall.

He talks of being taken as a child at Roker Park, seeing Len Shackleton, experiencing the Roker Roar ad watching from the boys’ end as Spurs won a 3rd or 4th round FA Cup game, possibly on a snowy pitch in the mid-to-late 1950s.

Unless my records are inaccurate, the combination doesn’t work. There was a cup match – 1-1 at Roker, a 5-0 caning for us in the replay – but that was 1961, and Lord Puttnam was 20 by then. Much more likely is an October 1951 league match, in which Shack played and we lost 1-0. I have not checked, but who would rule out autumn snow on Wearside ?

As this wretched season plays itself out, Lord Puttnam can have no sensible idea of when his two teams might meet again.

The rest of us are left to envy Professor Booth’s blissful ignorance of our predicament. A friendly lady from his press office described Wear Down South‘s questions about how he felt, once his innocent gaffe was explained, as the most fascinating she’d ever received. So fascinating that many weeks and a few reminders later, we still await her response (that’s now years later, of course). 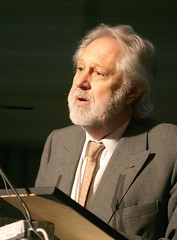 Next Post
Steve Cram, Kate Adie bring their Mackem thoughts up to date