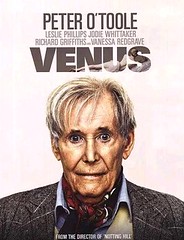 Talk to us, Peter!
Picture: dietbruboy

Observant regulars will see that I have created a separate column linking directly to each of the Celebrity Supporter interviews. It’s down the left-hand column.

These are being updated as I go along – or at least as fast as I can approach the subjects for fresh information and thoughts, and as fast as they get back to me – so are becoming slightly different creatures to the articles that originally appeared in the London supporters’ club branch newsletter.

Mme Salut! Sunderland, who famously has no interest in football, has performed sterling work typing up the remaining interviews.

These include Lord Puttnam, the folk singer Bob Fox, a young actor named Sean Landless and one Notoriety Supporter (you’ll have to guess who that is for now).

And there is also a wrap-up piece explaining how others eluded me – Peter O’Toole was one – or turned out never to have supported Sunderland after all.

1 thought on “Where the stars are”