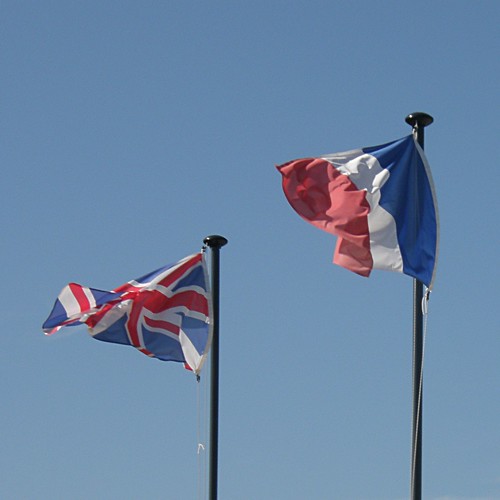 My Salut! Sunderland colleague Pete Sixsmith will readily testify that rugby is not my game.

At school in Bishop Auckland, my brother opted into rugby union and became a useful player. I was useful at nowt at Bishop grammar, and they eventually got wise enough to boot me out.

Phil was once offered terms, if I recall correctly, with a rugby league club (HKR?) but had no wish to sacrifice his attachment to the other code, which a switch would have meant, and went on instead to play at a good club level before becoming a referee.

Once, on his way up, he was called into service when I was required by the Darlington Evening Despatch to cover a match between the second XVs of Darlington and Carlisle. I needed him to explain what was going on; we shared the desultory spoils from the Carlisle evening paper, which also wanted a report.

Pete, of course, has no time for union, being a staunch RL man since boyhood in Leeds. If Eddie Waring had not been invented, they’d doubtless have have turned to our Pete but for his inconvenient youth when a star commentator was needed.

If, for our different reasons, neither Pete nor I would normally be as bothered as Phil about tomorrow night’s Twickenham Six Nations encounter between England and France, we’d both agree with him that it was an important sporting occasion.

But why is M Salut sufficiently interested to write about it?

Well, I have just been complaining at the main Salut! site – see here if you want – about the astonishing quotes from the French coach Marc Lièvremont, first seen by me last weekend in The Observer, to the effect that the French simply don’t like the English. He put it even more strongly, getting very close to saying: “We hate the English.”

Now I suppose, as I admit at Salut!, that there are plenty of English people who would say the same about the French. My own French connections are well known, and I have come across individuals from both countries who would peer across the Channel/Manche with a degree of loathing for natives of the other side.

I was just a little shocked to see a sporting leader, representing his national side in a sport whose players and supporters generally see themselves as being above the ruffians of football, making such a robust declaration of enmity in such collective terms.

He did also talk about his respect for the current England squad. Maybe, then, he was just drumming up a bit of attitude for his players to take into the match that may well decide the tournament. Is he worried his team may lose?

Fear and loathing? Fear vs Loathing? You decide: here’s what he said:

We don’t like them and it’s better to say that than be hypocritical. We have a bit of trouble with the English. We respect them – well in my case at least I respect them. But you couldn’t say we have the slightest thing in common with them. We appreciate our Italian cousins with whom we share the same quality of life. We appreciate the Celts and their conviviality and then among all these nations we have one huge thing in common. We all don’t like the English! We beat Ireland yet left Dublin with the encouragement of all the Irish who said ‘for pity’s sake, beat the English’. With the Scots, it’s the same thing. It is also what gives you strength against the English, more than just because of rugby. This insular country, who always drape themselves in the national flag, their hymns, their chants, their traditions. They are people who one regards as a very proud people.

Next Post
The Everton ‘Who are You?’: praying for a billionaire