The star in our Who Are You? hot seat ahead of the sell-out Sunderland v Liverpool clash on Sunday is Mick Quinn, interviewed by phone and text messages. Growing up in Liverpool, this Quinny supported the Reds from the Kop, but had to travel far afield to make a career as a burly, aggressive centre forward. Now a radio presenter with TalkSport, he says his passion is deeper than ever, though three years on Tyneside also left him with lasting affection for Newcastle United …

Salut! Sunderland: Roy Hodgson has gone, Torres too. But is it fair to assume Sunderland will be facing a totally different challenge from Liverpool than when we nearly beat them at Anfield?

Completey different. Everything looks more positive with Kenny putting a smile back on everyone’s faces. Before they were pretty downcast for one reason or another, with players looking as if they were not enjoying it. But they look a completely changed side now.

In the end, was it right – for Liverpool too – that Torres went?

Yes, I think so. Don’t get me wrong: he is a top quality striker who on the top of his game is the best in the world for me. Just look at some of the goals he has scored. And I have never changed my opinion on that. But for one reason or another, and there were those three ops in 18 months, he was sulking like a big kid because he felt he’d been promised quite a bit by Hodgson on the players he’d bring in but then didn’t. But we’ve brought in two quality strikers so that is a good bit of business in the end.

Do you feel the ownership and managerment set up has at last been sorted after all the unhappiness of the recent past?

Well Kenny has not officially been given the job but they gave him a lot of money to spend and this suggests they must surely be thinking of giving him it on a permanent basis. It has not been like the other two Americans, full of promises they didn’t deliver, and although we are under no illusions – they are in it to make money – they seem to be there for the long haul and have brought to Liverpool the family traditions and team ethos of their interests in the States.

Who are the key players Sunderland have to get to grips with if they’re to win this one?

(Speaking earlier this month – ed) Carroll might be back for the game, Steven Gerrard obviously and then Meireles has realty come out of his shell and started playing. The weak links could be the flanks where we’ve struggled to get any width, and the back where we’ve been disrupted by injuries. If SAFC are going to get anything oiut of the game those are the areas they have to exploit

What do you make of the Sunderland decline from the good position we were in at the start of the year?

Well I think one of the best away performances of any time this season had to be Sundeland at Chelsea. They thoroughly deserved to win. It was three and could have been seven or eight. I know a lot of Sunderland fans were disappointed Bent went but you have Gyan who is a top quality striker, Kieran Richardson is showing us he’s the good player we knew he was and you just need to be a lot more consistent. It is a youngish team with time on its side. I spoke to Niall Quinn about this a while ago when the away form was the big worry, but you’ve now lost a couple at home. The important thing is to improve on last season and I believe you are ahead in that regard.

So you were a Newcastle No 9. Niall was ours. Who is the true Mighty Quinn?

There was only one. Me. I got the goals. He played on others more but I was an out and out scorer. I loved every minute of Newcastle-Sunderland games. We still bump into each other now and again. I have a lot of respect for him and think it has really worked out for him as chairman. But I scored more goals so you bet I’m the Mighty Quinn.

Did your time in the North East, not being from there, leave you with a bit of affection for Sunderland too?

That said I do like big Niall but I know Steve Bruce is a Geordie at heart and deep down wants to manage Newcastle.

You’re beginning to sound more like a Newcastle supporter than Liverpool. How divided are your loyalties when they play each other?

But you’re a Liverpool lad so your true allegiance must be to the Reds.

I was brought up on it. I was on the Kop when we came back from two down to beat St Etienne 3-2. A great memory. So yes I still love my old team and am maybe even more of a supporter now than when I was kid.

Do you have any regrets about not playing for them?

No. I was coming through in the 70s and you have to remember Liverpool were not just the best in the country but in Europe. I’d train with Livepool every Tuesday and Thursday but there’d be 150 kids and you’d get maybe a 10-minute game so I found it a bit disappointing. They’d forget your name in six weeks. So I went to Tranmere, where I was able to shine and was offered apprenticeships there and at Derby, so I went to County. So no, I have never felt bitter about not playing for Liverpool as I carved out a decent professional career with clubs I loved playing for – Newcastle, Portsmouth, Coventry in the Premier. I loved playing against both Liverpool and Everton in hopes of showing them they had let a good local lad through the net and scoring against either of them was special. I got two for Coventry in a 5-1 win over Liverpool and Everton fans were buying me pints, but I also scored to beat Everton.

Were you at the historical Champions’ League final against AC Milan in Istanbul?

No. I wasn’t able to go though my dad went. I hate going to the pub to watch football as you always get someone shouting in your ear about this or that. I want to watch televised football in the peace of my own home. At half time, with Liverpool 3-0 down – and they could easily have socred four more – I thought “that’s it, it’s all over’ and took the dog out for a wee. Then I turned to watch the other side, EastEnders or whatever was on, before finally going back to the match just as Gerrard scored (starting the Liverpool fightback – ed). Milan went from cruising to an easy win to being there for the beating, although of course it went to penalties in the end. But yes, it was a magical moment. 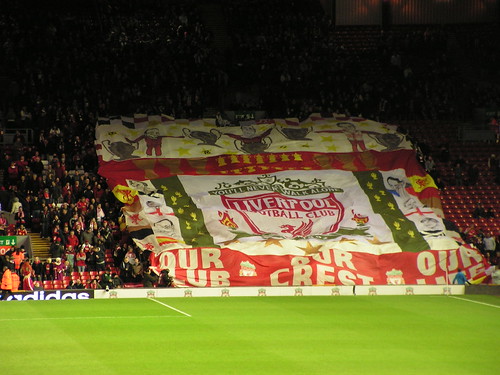 Back to Liverpool and Sunderland. Am I right in thinking there are no great links between the clubs in recent years in terms of players and staff?

None I can think of other than Barry Venison and Zenden.

Arsenal fans hated me for calling this the Eduardo question but it’s now the Walcott question after Theo apologised publicly for diving in a match. Even so, is it now so commonplace that we might as well forget about fair play principles and accept it as part of the modern game?

I thought Theo’s public statement was breath of fresh air. He was saying he’d done it and was trying to brush up his act on that score. We know it goes on and it is nothing new. Older readers of your site will remember Francis Lee for Manchester City. it happened then but obviously with the cameras highlighting it, it seems as if it is worse today. Yes, I’m afraid it is part and parcel of the game now. You had Pires but there were other players in the Premier League. Maybe it got worse with the foreign element. It is cheating when all’s said and done. When it helps your club you take it and when it doesn’t you moan about it.

Hand on heart, can you say you never dived as a player?

I don’t think I was that kind of player. You needed a bulldozer to knock me over and a crane to get me back up again. I was a hustle bustle sort of striker, perhaps too honest in some ways, but I put it around and liked defendes to know they were going to get a hard time from me. I was the archetypal aggressive centre forward and defenders could never relax around me. If I’d tried to dive, I’d have looked a right Jessie.

OK, who will be this season’s top four?

What about relegation? And where will Sunderland and Liverpool finish?

If your team begins with a W you’re in with a big chance of gojng down but I’d say three from Wigan, who have been awful this season, Bllackpool who I think are are still in it, West Brom and Wolves. Liverpool with finish 6th and Sunderland seventh, eighth of ninth. I think as long as your points tally is an improvement on last year, that will be good result, something to build on.

Will you get to the game? How will it go?

I won’t be there as I have my show on TalkSport from 8am to noon on Saturday and Sunday. I’ll get to liste or watch somewhere though and I will say SAFC 0 Liverpool 2, one each from Carroll and Suarez. Get in!

* Mick Quinn scored 231 goals in 512 League games (or 228 in 515, depending on source) for Derby, Wigan, Stockport, Oldham, Portsmouth, Newcastle, Coventry, on loan to Plymouth and Watford (loan) and for PAOK Salonika. He once estimated that he’d made £750,000 from the game but retired with nothing. In his autobiography,
Who Ate All The Pies? – The Life And Times Of Mick Quinn (written with Oliver Hardy and available at a knockdown price via Salut! Sunderland at this link), he described his fierce falling out with Kevin Keegan, a boyhood hero from his days as a supporter at Anfield, when both were at St James’ Park, Quinn as player, Keegan as the boss. In an section adapted for Sunday People serialisation, he wrote:

“For a decade, there had been graffiti on a wall in the quayside area of Newcastle that said, in big white letters: KEEGAN IS GOD. He’d probably walked across the Tyne and written it himself. Yet this was the man who went on to brand me a Judas.”

The trigger for their feud was a newspaper article, based on an inflated account of some remarks to a sports reporter, headlined: “Newcastle is a shambles under Keegan, says Mick Quinn.” Exaggerated or not, it did not amuse KK. Read Mick’s full account of the spat here. His non-football passion is for horseracing, which he covers for TalkSport; he also has stables at Newmarket

2 thoughts on “SAFC v Liverpool: boy from Kop who proudly wore Newcastle No 9”

Next Post
Soapbox on captains courageous: so who leads England out against Wales?