Someone had the idea of reproducing a few of the best moments of It’s The Hope I Can’t Stand, the shortlived Sunderland fanzine about which Nic Wiseman wrote here yesterday. I can’t promise how many there’ll be, but it was a good shout so here, at enormous effort (I have no scanner), is the first in an occasional series.

We’re back in November 1999. Issue 16 is out. The end, sadly, is nigh for Ithics. But what better than to go out on a high? The mag actually managed one more edition before closing down. But in the penultimate issue was this extraordinary transcript of hard contract negotiations between our star Scottish winger, Allan Johnston, and John Fickling, then chief executive of SAFC. Sadly, it turned out to be as genuine as the Zinoviev letter, a product of the vivid imagination of Nic’s co-editor, Mark Egan. You can’t have everything …

Allan, sit down. I hope we can get everything wrapped up today. You asked for £10,000 per week on this new contract. That’d make you one of our best paid players, but we think you’re worth it and we’ll settle for that amount.

JF: Well it’s there in black and white, if you’ll excuse the expression. You asked in writing for 10.000 a week.

AJ: Aye, maybe, but I’ve spoken to me agent and some of the lads in the Scotland squad, and I think 25 grand is only fair.

AJ: And since the start of this conversation, I think my value to the club has gone up to 30 grand per week, don’tcha think? 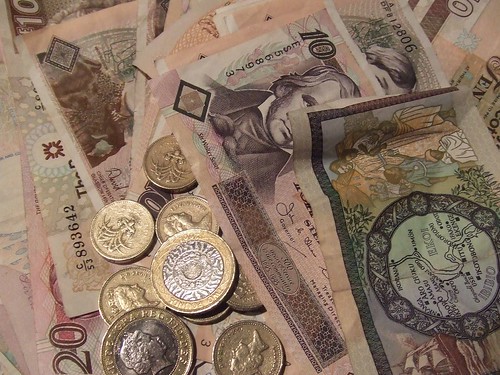 JF: No, as it happens, but let’s leave the issue of pay to the end. I think we can tie up some of these other loose ends first …£2,000 win bonus, 10,000 at the end of the season for every position we finish above the relegation zone …

AJ: Now we’re promoted, this win bonus is devalued because we’re bound to win only a handful of games. So I want 2 grand for every match I play in, plus 5 grand for every goal I score, 1,000 quid for every corner I take and a tenner per person through the gate every home matchday.

AJ: Not reasonable, you say? I don’t have to sign you know. I play for blooming Scotland me. I can sign for anyone – St Mirren, Dundee, Ayr, they’re all hankering after me signature, y’kna.

AJ: I’m not finished yet. I want the club to pay off my mortgage. I want a new car. A sports car mind. And a’am sick of traffic into Sunderland so I want me own private road built from me house to the stadium. I want every other week from training. And none of that running any more. I can’t stand it. And tell that Saxton to keep his bloody mouth shut when I’m around in future.

JF: Aye, i know how you feel, Allan. I think that sounds fine, though we might have some problems with the private road.

AJ: I want solutions, not problems, Tickling, otherwise I’m off. I’ve got a cousin who scouts for Partick Thistle, I tell ye.

AJ: And another thing. I want someone to clean me house, daily, and do some work in the garden, And I don’t want any old slapper. I want that Kelly Brook bird from the Big Breakfast. She’s looking for work at the moment. And I want a cook to take over from the wife – that Gary Rhodes’ll do. And you know I’ve got one of the apprentices cleaning me boots at the moment – I want Stefan Schwarz to do it from now on.

JF: At least you haven’t asked for a space ticket, Allan.

AJ: I was coming to that. I want a ticket on the first commercial journey into the centre of the earth, first class mind, and I want the club to ensure that me head and both feet are cryogenically frozen when I die so that I can be brought back to life when Scotland make it through to the second round of the World Cup.

AJ: And I want all the Now That’s What I Call Music albums on CD, please.

JF: £40,000 a week plus a bonus for every game you play, every goal you score and every corner you take, plus a tenner per person through the gate, as well as £10,000 for every place we finish above the relegation zone. You want your mortgage paid, a new car and your own road built from your house to the ground. You want Kelly Brook doing your housework, Gary Rhodes doing the cooking and Stefan Schwarz cleaning your boots. You want a first class ticket on the first commercial journey into the centre of the earth and your head and feet cryogenetically frozen after your death at the club’s expense. You want to skip a week’s training every fortnight, miss out running altogether and Bobby Saxton to shut up when you;re in the vicinity. And you want the full Now set on CD. Well, i think we can agree to all that. Do we have a deal?

AJ: Sod you. I’m going to give Rangers a call.

3 thoughts on “The Ithics Files: (1) when Magic asked for more ‘or I join Rangers’”

Next Post
The Sunderland fanzine born of hope, with a suspiciously Newcastle look