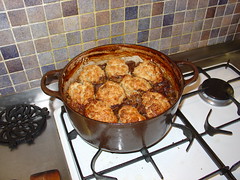 Fortified by a trip home to the North East – no football, sadly, but to be at the retirement do for the Northern Echo‘s brilliant columnist Mike Amos (click here for more of that) – and by renewed acquaintance with pork pies, sausages and the like, I thought this thread on the Blackcats list deserved a wider audience …

As is often the case, our own Jeremy Robson chipped in with the opener. Whenever football’s thin on the ground – and let’s face it, internationals don’t really count – other topics crop up. What follows is not much more than a taster of the full thread; I will post the rest if there seems, as it were, to be appetite. And I am sure what is pictured above would be sent straight back by many Mackems, especially the steeped-in-nostalgia folk who belong to the Blackcats list …

* It’s a very slow Blackcats day. Has nobody got any pease pudding crack or pasty stories or owt?

Funny you should mention it.

Today I had an altercation in a pub having ordered steak and kidney pudding with vegetables. What turned up was very nice. It was a plate of the usual vegetables with a bowl of steak and kidney mixed with gravy. Again very nice. On top of the bowl was a lid of pastry. Definitely a lid because I lifted it up and peeped under it to see the meat.

I asked if this was a pudding because to me it wasn’t even a pie. Just meat with a lid on it. I was told it was a pudding. I was hungry and ate it. It was nice but …

What I expected was a S & K pudding. Heavy suet pastry, wrapped and steamed ’til both heavy and fluffy, filled with meaty gravy heaven. What we called “babbies heeds”

Did my mother waste all those years spent wearing one stocking so we could have proper steamed pudding for tea? Seems she did.

She’d cook like that every day for us and me dad. Meat and potato pies, corned beef and potato pies, scones, apple and rhubarb. Ham shank and pease pudding. Cooking every day. Now pubs and restaurants can’t even be arsed to cook properley for profit.

There again, what me mam called daily housework is regarded as spring cleaning now.

The thing that I can’t stand, and I know from this post is that you are going to have some sympathy with this) is when you get a “Steak pie” and whatever in a pub. It’s invariably a “lid” as per your description.
Call me a purist; but when did a “pie” or in your case a “pudding” become a stew with a circle of suet or flaky pastry. A “pudding” in the world of steak and kidney is a package. It contains the meat and gravy and is not added as an after thought. The same goes for a “pie.”

In France there would be a government committee appointed to prevent such transgressions. It’s an abuse of the culinary art. Over here the bastards are getting away with murder. “Lasagne” ; well proper lasagne is difficult to find with many establishments offering “lasagne” as a plate of spag bol with some cheese on the top melted.
Not even baked, Heathens man.

Jamie Oliver has a cracking Steak & Guinness pie in one of his books. Blows your doors off! Maybe we should have a Blackcats Recipe day one day per week in the summer when there is no footy…

I’d be excluded for having allowed France to poncify me. Otherwise you’d get something like scallops cooked with saucisson and creamy leek. Then again I’m back in the NE this (typically match-free) weekend and can’t wait for my fixes: good tandoori, breakfast fry up and unchilled real ale.

I hope there’s some room for F&Cs and some mushy peas Colin.

Again showing my age here (not as venerable as most on here, but still…), but when I was young, steak and kidney pie/pudding actually contained kidney. You know, it’s in the title, you expect it in the dish.

There’s probably European legislation that I could call upon in this case. Not that the Germans care about savoury pastry. They’re only just waking up to ersatz sausage rolls in bakeries. And this is the land of the sausage! (Missus)

But I’m back in the UK in 3 weeks time and I will be seeking out a s&k p. I will report back how many pieces of kidney I actually find.

Not only that, Terry, but mams had to shop every day too, no fridges and freezers back then! My mam worked full time too, until she was made redundant the day after me dad died. So she shopped on her lunch
break and cooked when she got home, even after me dad had retired and was sitting around the house half the day, and down the park playing bowls and doms the rest of the time.

I’m positive I had Steak and Kidney pie back in the UK last year with albeit a very tiny amount of kidney in it. I actually picked up some Scotch Pies a couple of weeks ago on at a motorway services on the way back from Columbus to Pittsburgh. Pulled in to get petrol and saw a food wagon plastered in tartan and promising such unknown treats to North Americans as Bridies and Haggis. It wasn’t actually open, they were driving back to South Carolina from a Highland Games in Michigan, but they kindly sold me a half dozen pies at inflated prices anyway. Very genuine though (proper water pastry and seasonings, mutton not beef) so worth it and at pushing $4 per pie, about the same as you’d pay at a larger ground in Scotland. Made me happy, anyway.

That’s nee pie Terry – that’s pie crust…. as we had pie ‘crust’ for tea off me Mam when we were bairns, the pastry was a lot thicker than me Mams pies…. so technically speaking your serving was neither a pie nor a pudding…. it was in fact a pie crust – hope this gives the definitive Barbary Coaster definition of your food menu item.

Ahhh man! Pie crust was class! We used to have it with braising steak and you’d try and get the crust to soak up all the juices!

Me Mam had one of them magic gravy pans, didn’t matter how much pie crust you got, or how thick it was, there was always more than enough gravy to cope ….. but yes Andy, always served with braising steak …ooohh where’s me rolling pin, I feel inspired

I can’t now from memory identify those establishments – usually pubs – which ladle a dollop of S&K onto the plate and pop a circle of (usually puff) pastry on top and those where you get a real pie in its dish with the party well and truly sealed around the rim. But I’ve enjoyed both. And it’s true the percentage of kidney included is hugely variable. It can be bought separately in butchers and supermarkets so there’s no excuse.

And why does Colin need to go to the N-E for a tandoori? (because Indian food is commonly rubbish in France! – Colin

I had a similar argument with the chef (sounds a bit grand) at the golf club yesterday when he tried to sell me a pie.

‘Is it in a pot with a lid on top?’ I asked him. ‘Yes’, he said. ‘Then it isn’t a pie then’. And most people there agreed with me. I was a bit worried it might be a Southern (well, south of the north east, at any rate) thing.

I don’t think you’re right, David, because there is a long tradition – going back hundreds of years – of pies which only have pastry on the top. They would be for eating sitting down and will have existed alongside the fully-encased variety, which are portable and suitable for football matches etc. The four and twenty blackbirds would be baked in the former, whilst Simple Simon would have bought the latter.

But, regardless, Terry has been done. As Georgie Porgie (the well-known sexual abuser and soft shite) would tell you: there are puddings and there are pies. There’s no way a pie is a pudding – even if you have a pie for pudding.

I ordered a leek pie in a bar in Granada a few years back and got a pile of mashed leeks with a salad garnish, no pastry in sight. It was very tasty, but not a pie. Similarly, if a filling is not entirely cased in pasty, it’s not a feckin’ pie.

And everyone who disagrees can be cursed to eat stews with pastry lids on for the rest of their miserable lives.

Nowt better than a good plate mince pie like my nana used to make. She used to bake every day, her own stotties, pies, pastries and cakes – which were heavy and wonderful. Stottie, fresh out of the oven, with some butter on. There was nothing, but nothing, better than tea at my nanas.

I’m hungry now; the lentil soup I had for tea is feeling a bit mediocre in comparison.

Wonderful thread Cats. A great reminder of why this is a unique, fabulous list brimming with wit, cutting comment and wonderful nostalgia. And in this case plate pies, pie crust, lip smacking fillings & gravy and chops with a bit of kidney still in. I had forgotten all of those. Thanks folks for those reminders of bygone days and home.

Speaking of fillings and the world of meat pies. Does anyone have a unique filling to their pies? Or is there a pie shop (other than the wonderful Maws of Southwick of course) that has a unique taste to their fillings?

My nomination for this is the legenday pie makers from Murton which is Bucknall’s. Marvellous quite dry texture for a mince pie with a fabolous flavour all of its own. Once tasted and never forgotten. I’ve never tasted anything quite like it anywhere else. Going back a bit. Well 30 years actually. We were at my mate’s 21st and someone was doing the traditional speeches “I’d like to thank x and y and a & b etc.” Allegedly I stood up on a stool and said “And
I’d like to thank Bucknall’s for the pies!” Sorry to say I have no recollection whatsoever of this alleged interruption.

11 thoughts on “When talk turns to pies: a North-eastern obsession”

Next Post
Soapbox: Quinn, Gateshead and no rest from Great Expectations