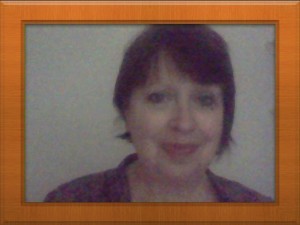 Let this be the first of many articles from Hilary Fawcett. The comment sections of Salut! Sunderland invariably look more elegant when our female readers weigh in with opinion on all things Sunderland AFC. As a huge fan of Bob Dylan as well as the club, Hilary would be furious if I were to say his songs sound more elegant when performed by others. Here, then, is the first in a new series of The Fawcett Saga …

Those of you who have read my posted comments might have picked up that alongside my keen support for SAFC, I also have a passion for Bob Dylan. Among many of my female friends, my twin obsessions are greeted with sighs and eye-rolling.

Often isolated in my enthusiasms, I have attempted to connect with fellow obsessives, attending Bob Dylan fan meetings only to find myself a lonely female surrounded by men waving endless lists of songs and competing over ownership of bootleg vinyl.

If I wanted spread sheets and lists I could return to my job in education; my love of Bob isn’t about statistics, it is about feeling.

My love of SAFC isn’t about statistics either; it is about all kinds of things. Of course it’s about the football itself, but it is also represents a fixed point in my life. It reminds me of my growing up and the values of the community of which I was a part.

It is about warmth, passion: a sense of belonging. My son, who was born and grew up in Newcastle, always knew where his allegiance must lie. He and I share our love of Sunderland and our lengthy post-match conversations are part of a family football continuum-my granddad, my dad and me; now me and my son.

When newly married, my parents settled in Hartlepool. I suppose my connection with football started on the day of my birth; while I was being born my dad was watching Hartlepool FC. I don’t know if they won or not, but I suspect that they lost. Albert King might have said that I was “born under a bad sign”, but I prefer to think of myself as going onwards and upwards, up that North-east coast to football pastures greener. We moved to Sunderland when I was three.

However it was my maternal grandfather who introduced me to the game of football. My granddad was a wonderful, stoical man, the youngest of 20 children, who had survived the entire period of the First World War as a stretcher bearer. He was a Middlesbrough supporter, where his stoicism came in handy, and when I was five he started taking me to Ayresome Park.

I don’t know how many other small girls were bundled up on wintry Saturday afternoons to stand on those terraces. I can’t remember having seen any others, but I always loved the excitement and atmosphere. I saw Brian Clough play as well as many journeymen, whose names now desert me.

When Middlesbrough were playing away, Saturday afternoons were spent helping my granddad check his football pools and loving the sound of the poetry of those wonderful team names – Stenhousemuir, Queen of the South, Queens Park Rangers, Leyton Orient, Preston North End …

As I got older and was at school in Sunderland, the fact that I regularly visited Ayresome Park became as embarrassing as the fact that my dad was a Bevan Boy and didn’t fight in the War. I had to switch allegiances and persuaded my dad to take me to watch Sunderland.

So began my attachment to the club. I loved Roker Park, even the cold wind coming off the sea. We usually had seats where my dad believed that as someone who was being brought up as a “young lady”, I would be safe from swearing and rough behaviour. My dad had finally found his football identity and we watched Charlie Hurley, Johnny Crossan, Len Ashurst et al.

Some of my happiest memories as a girl are of watching “the lads” and eating what still seem to me to have been the best fish and chips in England.

When I came to attend St Anthony’s School the nuns endorsed my passion for football. The Irish
diaspora at SAFC were always welcome at the convent in Thornhill and Sister Mary de Lourdes would have loved Martin O’Neill.

The only time my loyalty to SAFC wavered was when I left my home town to study fine art in the late 1960s.

For a while my enthusiasm for football was odds with my desire to be “cool”. However, it soon became clear that I could never be cool and that cool was a dead place to be anyway. Nearly 40 years in Newcastle have only reinforced my commitment to my team and to Bob Dylan. 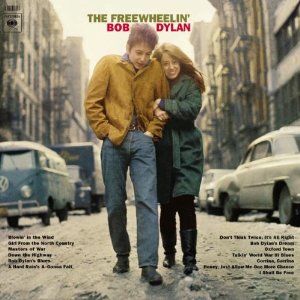 Next Post
A tale of three Larrsons, lots of tattoos and Bendtner’s hard-won pizza