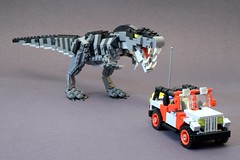 Bruce is said to be hurt by his sacking. You would think his team’s record throughout this year had been so poor that the supporters had much more reason to be nursing emotional wounds, but he is entitled to his feelings and I certainly wish him well in whatever he does next.

I said when urging his dismissal earlier this week that he seemed a decent man who had done his best for the clu. And I hold to that view with the important qualification that while Bruce’s place of birth does not matter a jot to me, the fact that his best turned out not to be a long way short of good enough matters a great deal.

But three top seven Premier managers have also had their say. The overall impression – though Arsène Wenger makes no direct mention of the role of Sunderland supporters in Ellis Short’s decision – is that they think we’re a pretty ungrateful, and – that Bruce word – unrealistic bunch.

So for the record:

Harry Redknapp (column in the Sun)

“Sunderland fans will doubtless be celebrating getting their wish in seeing the back of Steve Bruce. Yet unless the men with the purse strings at the Stadium of Light are prepared to loosen them, it won’t matter who they get as a replacement.

Brucie got the bullet when the side failed to reach the expectations on them. But I’d ask how realistic those expectations really are right now? Because unless you are prepared to pay really big money for top, top players, it is almost mission impossible.

Steve was basically working in the middle market — and I mean no disrespect to the players there — when it came to transfers. This season he was relying on loan signings like Nicklas Bendtner or youngsters with great potential such as Connor Wickham … I noticed plenty of fans complaining because he was born in Newcastle but that’s just a crazy situation. OK, he may be a Geordie by birth but he didn’t play for them and I can’t fathom that sort of logic. By that reckoning I’d only be able to manage West Ham.”

“I think it is a mistake because the one to question at Sunderland is certainly not Steve Bruce. He has competence, the desire to win and he is the last one I would question on that.

Unfortunately he went through a bad run and paid the price. I’m pretty sure that he should not have done. Change does not always sort out problems, history shows that it is not successful. It is statistically proven that a change of manager is not always successful.

A club that creates its own instability is always in trouble – it is linked with technical stability, change of players, financially being in the red. All that together is linked with a change of manager.”

“Fans just don’t have the patience any longer, just see what happened to Steve Bruce up in the North East where being a Geordie didn’t help him. In that part of the world they are so passionate and committed to their football team.

I think Brucie has suffered because of that but that’s the kind of supporters we have these days – no patience. He rebuilt a whole team and that requires a bit of patience from everyone, including Steve. I think Steve was realising that himself that he was going to have to wait. There was a complete turnaround in the summer, they lost a few players – the boy [Jordan] Henderson, the boy [Asamoah] Gyan, Anton Ferdinand and you need that time. I think losing to Newcastle earlier on in the season didn’t help him either because of the way they are in that part of the world.”

Leave aside Redknapp’s patronising tone and you are left with scant analysis of the keys errors Bruce is held to have made. No mention of the unimaginative approach to tactics, the inability to make changes mid-match to counter growing opposition control or build on a narrow early lead or the questionable packing of the squad with journeymen midfielders.

But it is probably the case that in so far as they think about the affairs of Sunderland AFC at all, the supporters of the clubs managed by Ferguson, Redknapp and Wenger broadly share their views. We are not, to them, a club with a mighty, proud history – a history that neutrals not expecting 100th birthday greetings from the Queen would struggle to recall – but a yo-yo team that cannot decide whether its natural habitat is top tier or the next division down.

If Martin O’Neill is appointed, it is to be hoped that, finally, we will have a manager whose own pride and skills are matched by the owner’s ambition. For now, Sunderland supporters not given to those unrealistic expectations would settle for a swift upwards acceleration from the relegation zone – and the rare feeling of looking forward to each game.

13 thoughts on “Do they mean us? Arsenal, Manchester United, Spurs bosses on Bruce”