Last season, we got one. It took a fabulous (for us) miss from Tevez and other wasteful City play to keep us in it, but Darren Bent’s last-gasp penalty brought us a massive win. Just imagine what a similar scoreline tomorrow would mean for morale at the Stadium of Light. It is a big, big ask but here’s to the immense performance needed to pull it off.

Time for another look at our Man City “Who are You?” volunteer (not least because it was first published before our epic series looking back at 2011 and we also need to look forward): 10 years after starting the Manchester City blog Bluemoon as a quick project for a web design course, Ric Turner* is still at it. He loves his club’s new-found success, idolises Balotelli though “perhaps not a great role model”, quite likes Sunderland again now Steve Bruce has gone and predicts a result to make my headline a pipe dream … 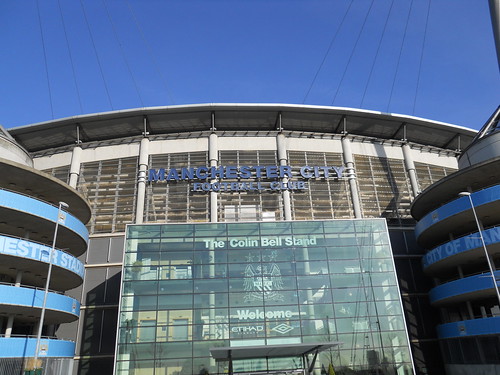 3 thoughts on “The Man City ‘Who are You?’ update: a mighty Sunderland performance needed”