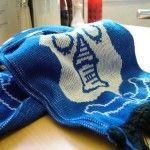 Over recent seasons, I may have exhausted the supply of Everton fans willing to answer the “Who are You?” questionnaire in the customary e-mail exchange. Finding a Toffeeman or woman to preview the Boxing Day game was a tough one. In the end, someone at the Toffee Talk website suggested just sticking the questions on there. It is unsatisfactorily anonymous, though I did like the replies on Peter Reid (Avinalaff doesn’t tell us what kind of pounds he needs to lose) and the Man City bags-of-money project …

Salut! Sunderland: When Sunderland supporters were demanding Steve Bruce’s head, the name David Moyes cropped up on a lot of lips. What would your response have been; “over our dead bodies”, “maybe” or “take him, please”?

Rubecula (R from now on): For me, Over our dead bodies, at least until we find out what he can do with some money behind him. He has still not shown his capabilities when he has real money to spend IMO.

Avinalaff (henceforth A): I’d have been gutted. Moyes is a great manager. A few fans have lost patience, and criticised him, but I believe in the guy, and trust him. Bruce is a good lad, and cares. He needed a bit of luck. I’m not an O’Neill fan. He spat his dummy out, which showed he wasn’t up for a greater challenge. Compared to Moyes, he has no balls.

How can Everton – image above courtesy of Unloveablesteve – re-create the era when the club expected and was expected to win trophies each season?

A: Those days are gone. I don’t envisage them to return. A cup win perhaps, but there are lots of clubs with money now, and staying competitive must surely be our first priority.

Maybe follows on from that: how would you feel about the sort of takeover that brought untold riches and the near-certainty of success to Manchester City?

R: I said at the time I didn’t like it so it would be hypocritical to change my point of view now. I would like some money, but enough to compete in the world not actually buy the world.

A: Investment, yes. New stadium, perhaps. Where does it stop? City are a totally new business. The difference being they bought 40,000 fans, and closed their club down. New club, new owners, new players,. new ground, new location, new fans. Not for me. Give me a budget every transfer window and allow Moyes to compete, and I’ll be happy. Do what City did, and I’ll gladly consider my feelings about being a fan.

What were your minimum and maximum expectations as the season began?

R: Considering we bought little, max was Europa League, Min was mid table at the start of the season.

A: I expected us to be one place behind the rich teams, and we can still achieve that if we get on a run. Maximum expectation was Europa league. With the big spenders flexing their muscles, asking for more is unrealistic.


Get the best out of Salut! Sunderland’s new look: bookmark the home page … and see all we’re up to

Who are the greatest players you have seen in Everton colours, or wish you’d seen, and who should have been allowed nowhere near them?

R: Alex Young. Alan Ball, Duncan McKenzie when he was on form, and a few others. Wish I had seen Dixie play.

A: Difficult question to answer. I’m going to stick my neck out though, and say that Fellaini has what it takes to be on that list if he works hard.

Where do you stand on the Keep Everton in our City campaign?

R: Myself I want to not only keep Everton in the city, I want to keep them at Goodison. But I am also realistic enough to know that may not be the way forward.

A: It’s a heart versus head scenario, but I’d be happy if the club benefited either way. Too much is given to sentiment these days. It’s the younger fans who will be affected more than older fans like myself, but it will be a sad day if they bulldoze Goodison Park. In a perfect world, I’d like to build on the same plot, and keep a little piece of the stadium.

Plenty of people have been linked with both our clubs. Taking just one – Peter Reid – what does that name mean to an Evertonian?

R: To me he was a great midfield general. And that is about it really.

A: He was a good player in his day, but could do with losing a few pounds.

The Barton Question: was the Eduardo Question, could have been the Larsson Question after one recent incident. Those names cover feigning injury and diving but which form of cheating most angers you and what would you do to stamp it out?

R: Not seen a free kick given for obstruction in years, apparently it is still a rule, yet players get away with it every game. Irritates the sweet hell out of me.

A: I don’t like players who get other players sent off by feigning injury. Lafferty of Rangers feigning that head butt was a disgrace. Diving is just as bad. I hate cheats, and would boo anybody who cheated in a dark blue shirt.

What will be the the score on Boxing Day?

* More Everton fans’ responses to the same questions can be viewed at Toffee Talk.

16 thoughts on “SAFC-Everton Who are You?: ‘Citeh’s way could turn me off football’”