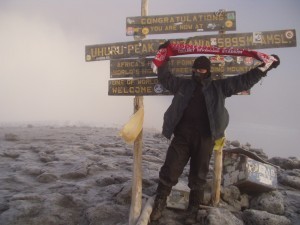 What a relief to move on from Robert Huth, Tony Pulis and the Britannia’s frozen wastes. Can the O’Neill factor work its wonders even in banana skin territory? We will know tomorrow night when we attempt to amend for a tepid display in the first game against Middlesbrough. Enter Iain Lazenby*, great name for a Boro fan, conqueror of Kilimanjaro (took his dad’s scarf to the summit) and once chairman of Middlesbrough Supporters South. He loved our previous interviews with Harry Pearson and Alan Comfort** and was happy to do the honours for the replay …

You are still in the playoff zone but have had up-and-down results all season. How it has gone compared with expectations back in August?

The season has gone well beyond expectations. Tony Mowbray’s team has managed to get some great performances while simultaneously restructuring the team by getting rid of the highest earners.

On the basis of the performances in the second half of last season I was in the foam handed minority that thought we might make the play-offs, we are on course.

And you certainly played well against us. Just the big match atmosphere or could Boro actually hack it back in the Premier?

I think that if this team does get promotion, Tony Mowbray is probably capable of bringing in the players to secure our place in the Premiership. I am in a minority of Boro supporters in thinking that.

Get the best out of Salut! Sunderland by going to the home page (click anywhere on this sentence), bookmarking it and then seeing – on each visit – the six most recent articles highlighted on the same page.

The exploits in Europe, the slick team of Bruce Rioch and the likes of Juninho all seem long ago, though you don’t need to be ancient to remember two of the three. What has gone wrong and how can you put it right?

Nice of you to have noticed. This question probably merits a scholarly study. Not having the time to provide one I will content myself with some bullet points:

* Steve Gibson’s faith in and support of his managers even beyond reasonable tolerance
* England poaching Steve Mclaren – our most successful manager ever – while he was still learning his trade.
* The subsequent appointment of Gareth Southgate way before he was ready and the inevitable consequences we are still experiencing today.

If the Mclaren catastrophe had not happened, even the outcome of the UEFA cup final might have been different and I think we would be watching a Premiership Middlesbrough team studded with products of our academy such as Cattermole, Downing, Wheater and Johnson.

Hand on heart, would you like to beat us and have an even longer cup run or go out honourably and concentrate on a top six finish?

Given a choice between a 7-0 defeat in the replay and promotion against a nice cup run I would of course take promotion. That’s rather hypothetical though. I am greedy; promotion, FA Cup win and qualification for Europe next season would be utopia. Probably not a practical proposition but at heart, no matter how cynical we might claim to be, all football supporters are romantic dreamers.

What is your view of the various North-eastern rivalries? Harry Pearson, interviewed here before the first game, was firmly in favour of all the region’s teams doing as well as possible; rather a lot of other people find it hard to avoid the word “scum” when discussing one another.

I think you would identify with this. Living outside the area and having lived abroad it’s easier to see what unites us rather than what divides us. I think the rivalry with Sunderland – so strong – and to a lesser extent Newcastle is so strong because we are brothers and sisters who suffer from similar problems and who have a similar outlook. A strong North East is a challenge to the Cockerneys, Scousers and Mancs and that can’t be bad even if we have to swallow the baleful influence of Black and White TV broadcasting from the Tyne. I would settle for Boro and Sunderland doing well with the Geordies doomed to an eternal struggle against relegation.

For me, my brother and parents the moment of truth was the FA Cup final of 1973. Who did we hate most? Sunderland or Leeds? We started the match wanting both to lose but when Ian Porterfield scored, we are all on our feet. It made our promotion the next season even sweeter though. 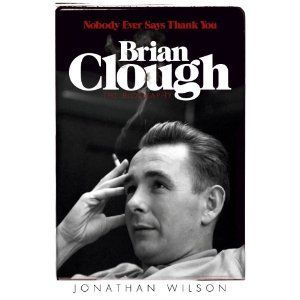 And what about all the historic links between our clubs – players and managers – stretching from Alf Common (and for all I know before him) to Julio and Justin Hoyte?

There must be too many to list surely. Brian Clough, Stan Anderson, Stewart Downing to name but three.

Who to you are the Boro greats and who should never have been allowed near the shirt?

If I restrict myself to players I have actually seen play:

P Davenport, A Boksic, I think it might be unfair to name many more. Certainly there have been players who didn’t perform for us but we are never able to know all the circumstances.

Salut! Sunderland attacks cheating in the game regardless of who does it. What most incenses you – diving, feigning injury, trying to get opponents booked or sent off, shirt-pulling, penalty area wrestling etc- and what would you do about it?

Trying to get opponents sent off; it’s unsporting conduct. If I were a ref I would say “you want a red card son? here’s one”. I think Rugby’s rules work quite well. Only the captain is allowed to speak to the referee.

Diving and feigning injury: I would borrow American football’s system of four officials with flags so there is no such thing as the referee’s blindside.

I would have a TV assessor at all top flight matches who is able to impose retrospective red cards for all incidents of serious foul play and cheating that were missed by the match officials.

Club versus country: who comes first for you, and why?

Club: the feeling of alienation from “Engerland” supporters I have felt when attending matches either at Wembley or abroad. We would have been much better off not having a national stadium and moving England matches around the country.

What will be the Premier League top four this season, in order, same question re the Championship top six and where will Sunderland finish (and Boro, unless included in the top six)?

Boring answers I am afraid:

I think MON is a great motivator and will get the best out of a good squad. I think Sunderland will finish 6th this year.

And who will win the FA Cup? If you do get through, how far will you get?

Chelski. We will get knocked out by Millwall in the 6th round.

Armchair supporter in Catherine de Barnes this time. It will be a long night: 1-1 AET, Boro to win on penalties.


* Iain Lazenby on Iain Lazenby: I am a multilingual export sales and marketing specialist. I currently run my own company offering interim management and consultancy services: http://uk.linkedin.com/in/iainlazenby

I was taken to my first match as a baby in 1955, a 5-0 defeat at Notts County. When living near London I was chairman of Middlesbrough Supporters South for a brief period. I have travelled back from Switzerland to see the Boro. I was one of the estimated 53,225 who packed out the Victoria ground on August 23rd 1986. I have been a season ticket holder since the Riverside stadium opened. The 180 miles back to Solihull can either fly by or drag depending on the result. I have visited 79 football grounds following the Boro.

In the 2005-6 season I carried my Dad’s Boro scarf to the top of Kilimanjaro. The best of times and the worst of times. My Dad died and we got to the UEFA cup final. http://iainupkili2006.blogspot.com/

Harry Pearson: the man in the far corner

Next Post
Pulis Stokes the fires. Then so shall we