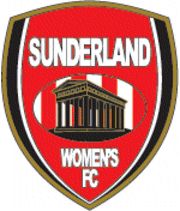 After no goals at Villa, a veritable cornucopia of them at Hetton, where I saw the Sunderland Women’s team thrash Blackburn Rovers 8-0 in the FA Premier League Cup.

Sunderland are in the FA Women’s Premier League, while Rovers head the Northern Division and could be promoted next season. The gulf in class and quality was as wide as the gulf between Venky’s and decent ownership of a football club, and the game was over when Sunderland went three up before half time.

Goals arrived at regular intervals through the 90 minutes with the impressive Keira Ramshaw claiming a well taken hat trick. She is a tall, rangy winger, direct rather than tricky, but she controls the ball well and knows where to run and when to pass the ball.

Beth Mead, a very promising 17-year-old, had opened the scoring with an excellent shot early on, with Ramshaw’s first coming between that and a soft penalty converted by Kelly McDougall.

Rovers, who are based at Radcliffe Borough, a club once owned by that arch-feminist Bernard Manning, were out of it at half time and further goals from Ramshaw, Mead, Robin Chidester and Sophie Williams gave Mick Mulhern’s team a comprehensive victory.

It was the first time in four years I had seen the Women’s team play and I was very impressed with a number of things that I saw.

They were extremely well organised and each player knew exactly what she had to do. Jobs had been allocated and by and large, players stuck to them. Skill levels were high, with all of our team showing that they were comfortable on the ball and that they could look up and hit an accurate pass.

They worked as a team and the egos that often appear in a men’s side was noticeably absent. Each player was supportive of the other and the team spirit was excellent.

It’s a great shame that the team were not accepted into The Super League that the FA have set up this year. Sadly, if any of the current team want to progress, they will have to leave Sunderland as the SL is a closed shop and appears to be designed for franchises rather than ability.

Our Lasses play Leeds United in the final at Northampton Town’s Sixfields Stadium. That should reduce the crowd to family and hard core fans. Common sense would dictate that it be moved to say, York or Darlington or Barnsley, but that is too much like common sense for those who run our national game.

I shall be going back to Hetton next season to see how this team develops, finally ridding myself of the old maxim that watching women play football is like watching a dog walk on its hind legs. It doesn’t matter that it does it badly, it’s just clever that it can do it at all.

Next Post
The Aston Villa Soapbox: three Saturdays, not a Sunderland goal in sight