Monsieur Salut’s Mac has just crashed, a long way from anywhere he can enforce the guarantee. Luckily he’d already found Tom Langton*, deep in Spain, to answer the Surs “Who are You?” questions. Tom runs the bar at his father Mark’s hotel and activity centre – get this: “the Sierra Espuna is a beautiful nature reserve in Southern Spain and probably the healthiest part of Europe”. Maybe our own Jake should book there to get over the trauma of new fatherhood. Exiled Spurs fans looking for a branch of the supporters’ club note: Mark’s your man in Spain. But he insists his son – who predicts a Spurs but a storming Sunderland finish – is the biggest Tottenham fan he knows …


Salut! Sunderland: There’s a real north London battle for third place, but until recently even Arsenal fans saw Spurs as more likely to take it. Arsenal’s good run, or you going off the boil?

Mixture of both. Spurs struggled, possibly because of our ‘Arold being linked with the England job, possibly because we have gone into games with the wrong set-up, for some reason Harry has decided to turn Gareth Bale into a Thierry Henry and play him through the middle as a striker, which is a big waste. The game against Swansea this week, he played on the wing, had a blinding game and got MOTM, coincidence? I think not, Bale is better as a winger, taking on his man, beating him, making it to the byline and whipping in a cross. Also, Lennon has been out injured, and so while Bale has been in the middle we haven’t had any real attacking force and pace (apart from Walker) on the wings. That, combined with the players mindset about Harry had messed us up, fortunately now though I feel we should be back on track.
Arsenal on the other hand have showed some superb form to get back that 10 point gulf that opened up, they showed against QPR last week though that they are still capable of silly slip ups though.

And if it is possible that Spurs may be on the brink of another period of glory, who and what do you need to pull it off?

We need a striker. One of those rare, but always wanted strikers who can get the ball and fire it into the bottom corner, 30 times a season. Messi, Rooney, Drogba, Robin Van Persie, all the big teams have them. That is what we miss. As a team we have so many creative players, Bale, Modric, Van Der Vaart, Lennon, and players that can play through that perfect pass, Huddlestone, Assou-Ekotto, Livermore, Parker, all the chances we create, but noone to stick it in on a regular basis. Saha too old and injury prone, Adebayor couldn’t hit a cows backside with a banjo half the time, although he is instrumental to the team at the moment, and Defoe, as much as I love him, he is too hit and miss.
So, in answer to your question, a big striker, with an eye for goal. Another Barbatov.

Do you find Spanish friends and acquaintances care a great deal about EPL football or is La Liga so good they pay little attention?

When we first came to Spain, the locals were like, whats your team, and I used to say Tottenham, they were like “¿who?”, now, at least they know who we are, and could even tell you a fair bit about the team, however, Real and Barça are just too good at the moment, and that is all they really care about.

Do you follow a Spanish club or don’t you go in for having a second team?

Don’t follow a Spanish team per se. Always like to see the local teams (Real Murcia, Cartagena) doing well though! (they never do)

Who are the greatest players you have seen, or wish you’d seen, in Spurs colours?

I am only 19, so haven’t seen many great players in a Spurs shirt. Berbatov possibly? Or Robert Keane? Modric? Ledley King? Couldn’t say.
Who would I have liked to have seen? Greaves, Blanchflower, MacKay, Hoddle. Too many.

How long have you got? Toda. Rasiak (seriously, what were we thinking). Gilberto, when we signed him he was the Brazilian starting leftback, I was like, whoah, he has gotta be pretty good. I was wrong. Very, very Wrong. Paolo Tramezzani, I was only 6-8 when he played for us and even then I could tell how bad he was.

What thoughts to do have on Sunderland – club, fans, city, region, Martin O’Neill – and how do you feel the Wear-Tyne rivalry compares with the north London equivalent?

No doubt about it, the North East is about as passionate about football as it comes. Big, big Derby. However I do think both the North London derby and the Manchester Derby rank above it at this moment in time, simply because those teams are involved in a race at the top.
Martin O’Neill is a great manager, done amazing in the short time he has had at the club, and with an inherited squad too. Kudos on that.
Never been that far north, so couldn’t comment on the region or the city I’m afraid.

What form of cheating in football most annoys you, who is/are the worst culprit/s and how do the two leagues, English and Spanish, and attitudes towards it differ in this respect?

Any form of cheating really annoys me. But what annoys me more? Refs who don’t see it.
Worst culprits, anyone in a Chelsea shirt and Cristiano Ronaldo.
With regards to attitude, well, it s toughie, everybody feels annoyed when a dive gets given as a penalty, or whatever. But where it differs, is us as fans, if you get awarded a penalty that was a dive, Spaniards will admit to you that it was a dive, but will also be ecstatic about it and at having fooled the ref. Whereas English (me anyway) will admit yes, it was a dive, should it have been a penalty? Nope. Are you unhappy with the decision even though it is your own team? Yes. But hey? A goal is a goal right. It evens its self out (of sorts, most of the time) over the course of the season. They should bring some kind of video technology in ASAP though. They have it in every sport. They even put cameras on F1 cars now, and Hawkeye in cricket, where they can tell if he was out or not just by looking at the speed, spin and trajectory of the ball. Should be a piece of cake to put something in in football to assure wrong decisions.

Club v country: who wins for you, and why?

Pft, difficult one. England winning the world cup, or Spurs winning the Champions league. I’m not sure I could make that choice, so I’m not gonna say.

Hand on heart, what will be the top four in order? Do you expect to win the cup and where will Sunderland finish?

I think we’ll win the FA cup, we are the highest ranking team and we are the cup masters. However, its the FA cup and anything can happen (predicting a Spurs V Everton final though)
Sunderland have got a relatively easy run in I feel, apart from Spurs at home, Everton away, and Utd at home. I’m gonna go with 8th, leap frogging Liverpool. 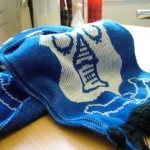 Back to Spurs and Tom: may get a nosebleed looking down that far, but who will be relegated?

Wolves, no doubt. The others are harder to guess. I’m gonna say QPR and put my neck out on the line and say Villa too.

How will you keep tabs on our game and what will be the score?

I’ll be watching live on Sky Sports, and I think Spurs will scrape a 3-2 win (always the optimist though). 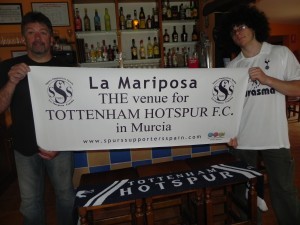 * Tom Langton on Tom Langton: I work in my parents’ hotel and activity centre (see this link), I manage the restaurant and bar (amongst other things).
Started supporting Spurs at around five years of age, my whole family are Spurs fans, my great Grandad started it, my Grandad, my Dad, my Mum, my Uncles, my Brother and Nephew are all avid Spurs fans. Even though now most of us are from the West country, haha. Obviously living in Spain though I no longer get to White Hart Lane any more. Shame,……. there is always next year. Contact in Spain: spurssupportersinspain.com

1 thought on “The Tottenham Hotspur Who are You?: ‘Sunderland to overtake Liverpool’”

Next Post
If Asamoah’s Gyannin back, can he be welcomed as a prodigal son?