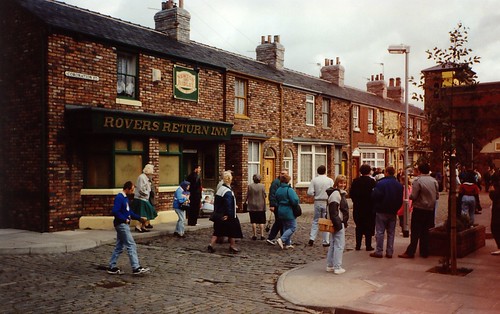 Glenda Young, who runs a highly successful blog about the world’s longest running TV soap is also Sunderland-daft, passionate about the city and the club. And she is a friend of Salut! Sunderland’s; we were happy to help out when she came looking for contributions to the history of Wearside connections with the series, though we were unable to come up with anything for Michelle or her role as Tina McIntyre …

The photo above is from StormyDog’s Flickr pages and you can see more by cicking on the image.

And this, under the headline ”From Wearside to Weatherfield – Sunderland Coronation St connections”, is what Glenda made of it for R&R Life, a Sunderland news and lifestyle site …

IF YOU’RE a soap fan you might have heard Sunderland mentioned on Coronation Street recently.

One of the main Corrie characters, bookie Peter Barlow, was planning a naughty night away with his lover Carla Connor and he lied to his wife Leanne, saying he had to stay overnight in Sunderland to see a man about a greyhound!

But it’s not the first time that Sunderland’s been mentioned on Coronation Street. Back in 2006, factory girl Jessie Jackson left the cobbles for a bumpy landing thanks to some out-of-date research in the scriptwriting department. Jessie told the Corrie factory girls she’d landed a job as a trolley dolly with Majestic Airlines flying “from Sunderland”. I bet Nissan were a bit surprised!

Once you scratch the surface then you find even more connections between Corrie and Sunderland, with some of the Street’s leading men being born and bred here.

How many of these can you remember?

Born in Sunderland, he played Elsie Tanner’s on-screen husband Alan Howard and in real-life was married to the actress who played Elsie, Pat Phoenix.

Born in Sunderland, he played Rita’s second husband, Ted Sullivan, who died of a brain tumour. Russell was also one of the four original cast members of Doctor Who in 1963, starring opposite William Hartnell as the Doctor for the first two seasons of the legendary series.

Born in Sunderland, he played Eric Firman, owner and head of Firman’s Freezers. In real life, before going to drama school Malcolm started out as a reporter on the Sunderland Echo.

Ian, who played Des Barnes’s brother Colin, was born in Jarrow and grew up in Boldon.

And there are even more connections between Salford and Sunderland.

The Coronation Street spin-off DVD Romanian Holiday was a Corrie caper set in Transylvania and released in 2009. Both Sunderland football club and the FA Cup winning Sunderland manager Bob Stokoe get a warm and friendly mention in the DVD … you do start to wonder if Corrie has recruited some Mackems to the writing team!

Back in 2008, Michael Le Vell, who plays the Corrie garage owner Kevin Webster, also donated one of Kevin’s outfits from the soap to raise funds for a charity for young, homeless people in Sunderland. The outfit was auctioned to raise money for the charity at the Black Bull pub.

Meanwhile Bruce Jones, who played a Corrie layabout, Les Battersby, swapped the Rovers Return for Agadoo in Vine Place when he opened up his own Sunderland bar with the Black Lace singer Dene Michael.

And a Sunderland band, The Toy Dolls, released a song about Coronation Street’s femme fatale Deirdre Barlow. The song was called, Deirdre’s a Slag and released in 1984. The song takes a pop at Deirdre Barlow and the blokes in her life – Ray, Mike and Ken. 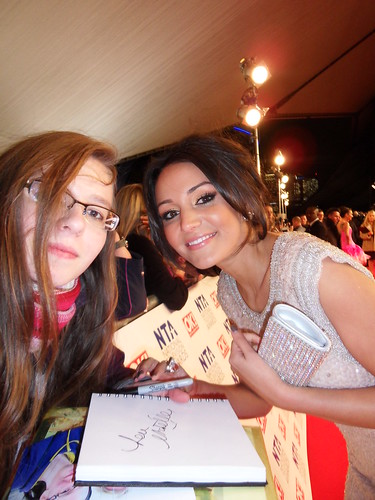 And finally, I’m indebted to Colin Randall, editor of SAFC fanzine Salut! Sunderland, for this wonderful snippet about Joe Simpson, a Coronation Street actor who was once booed by 47,000 Mackems at the Stadium of Light.

Why did Joe deserve all that grief? The poor fella had only been invited onto the pitch at half-time in a match against Ipswich in the 2001-2 season to make the half-time lottery draw. But he was introduced to the crowd by his Corrie character persona “the evil Alex Swinton” and the crowd rose to the bait with a chorus of pantomime booing. He didn’t mind though – Joe is a Sunderland fan and took it all in good spirit.

Next Post
Sunderland Review of the Season: (4) a mixed start to O’Neill era