We all know that but for the necessary evil of publicists, Lily Allen would be a regular on these pages, offering her bons mots each time Sunderland played Fulham. Next best thing given the obstacles placed in our path? Step forward Matty Deller, radio presenter, Fulham nut and star of the Ballsy Banter podcast. He
loves Lily; he also has a lot of time for Martin Jol, Clint Dempsey and Lee Clark and rather more than we have for one Asamoah Gyan. Here, then, is the first of our two Fulham ‘Who are You?s’ … 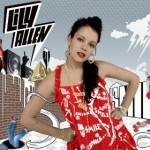 Salut! Sunderland: Fulham have had a real up and down season, great results punctuated by heavy defeats, resulting in mid-table safety but a disappointing end to the season. More changes needed?

This season has been more good than bad, Martin Jol has started the building process to bring in the younger talent like Frei, Kasami, Kacaniklic whilst maintaining the decent older guard and dropping the deadwood (*cough* Zamora *cough*) this season has been successful in that respect. Undefeated against both QPR and Chelsea, decent results against bigger teams and only one embarrassing result, this past weekend against Everton. The Europa League fixtures has been the main catalyst to our flagging end to the season, but all in all its not been a poor season – but we are rebuilding so a transitional season is to be expected.

Roy Hodgson for England: do you wish you still had him and, either way, why is that your view?

In our podcast, I did make a shout for Hodgson when Capello first resigned – as I felt England needed a safe pair of hands in this current time. Like Fulham, England is going through the rebuilding phase – the ‘golden age’ is starting to rust and the younger players need to be bled in slowly enough that we have the experience but not ditheringly enough that we end up with an ancient squad and young players with no caps. Hodgson is a well-travelled manager both nationally and internationally, having coached in a World Cup already and led Switzerland to third place in the FIFA world rankings and whilst Uncle ‘Arry was the pundits’ choice, I think Hodgson was the right one. In an ideal world, he’d be coaching Fulham – but he wanted to test himself at a bigger club, and hey – he started his rise and rise in England at Fulham so its something to be proud of.

What is your honest view of the best a Fulham supporter can hope for given the current hierarchy in football?

Right now, we are a top half club – small stature, but decent enough players to sometimes upset the applecart now and again. With our new plan, with a new Riverside Stand being built and Al Fayed trusting Martin Jol to bring in the right players to push us on over the next few seasons – I reckon we will soon graduate to a Europa League contender, top 10 side. If we can hold onto Dempsey, Dembele, Hangeland and keep developing the young players – 6th to 10th place will be our domain for many years to come.

And do you welcome or – notwithstanding the impact of your own benefactor on Fulham’s fortunes – condemn the money-fuelled resurgence of Man City?

Money makes the world go round nowadays sadly, so a team like Manchester City being anointed with such riches is just how the footballing world works. From a business standpoint, it did make sense (location where football is already big, world class stadium, solid foundation) and it seems they have got the formula just right. I personally don’t have the problem with the transfer fees in themselves – but the wages they pay are abhorrent, really detaching football from the common man. But they did bring Mario Balotelli into our lives so I can’t begrudge them that. For a team to spend that much money to amuse the rest of the league is nice gesture.

Is it likely that Mohamed Fayed will ever dig deeply into his pockets again?

What I like about Al Fayed is that he will spend money when it is needed. Sadly, he only spend money on managers he likes, but luckily he likes Martin Jol so he is letting him spend enough to keep us in the position we deserve to be. If we got into trouble, I’m sure Mo would dig deep to help the cause, but I’d rather keep it simple and not do a Portsmouth. With a team like us, it makes good sense to not get it over our head.

So who is going to win the title race, and who comes third and fourth?

I am going for Manchester City, but on the last day – as I think City will lose to Newcastle in their next fixture. Arsenal have got third wrapped up, and for fourth – it’s gotta be Newcastle. Papiss Cissé is going to fire them back into the Champions League.

And who is going down with Wolves?

I am opting for Blackburn and Bolton – but none of the teams down there really deserves to be in the Premier League, they’ve all been utterly rubbish. An outside bet is Aston Vila, they aren’t safe yet and they have dropped like a stone. McLeish could take the other Midlands team down, and probably be hounded out of Birmingham in the process.

Where will our two clubs finish?

As much as my goal for the end of the season was to finish above Liverpool – I reckon we are comfortable with 9th, I think this is where we’ll stay. With Sunderland’s run-in – I think you’re right where you will finish this season, in 10th. Both respectable areas.

Johnny Haynes, Jimmy Hill, Tommy Trinder, George Best, Rodney Marsh, Alan Mullery, Lily Allen. Do they all have places in the hearts of Fulham fans and which names ring out most clearly for you?

All of the legends of Craven Cottage always stay long in the memory – the likes of Hill, Haynes and Mullery always will be forefathers of Fulham Football Club. Johnny Haynes is a man who will always be synonymous with the club – the fact he has a statue and a stand speaks volume of his importance to us. Lily Allen is someone who sticks out for me, but that’s because I’m a bit in love with her. The image of her in tears at the Europa League final will stay with me forever – I will never forgive Diego Forlan for that.

How does your present crop of players compare with the best you’ve seen – or wish you’d seen?

If Clint Dempsey stays with us – he will become one of our modern legends. Up there with Brian McBride and Lee Clark, Clint Dempsey is a Fulham player through and through. I’ve never seen him not give 100 per cent in the white, and the fact he is our leading Premier League goalscorer shows his skill in the top flight. I reckon Alexander Kacaniklic could be a future great, he is one of the fastest players i’ve ever seen in person, he bossed the wing against Norwich a few weeks back. Pogrebnyak could be our next striking god they way he going about his business.

How have you managed to keep tabs with Fulham this season (this was originally directed at a US-based fan … I assume you go to the matches?

I try and get to as many games as I can – but working in radio is a pain as I do a lot of work on Saturdays. The internet is the best friend of any football fan, you can now see the highlights of your team on the go. I never miss any games if I can help it, but working in sports radio makes it a lot easier. Getting paid to watch the Fulham game is a plus.

Is there any Sunderland player, past or present or both, that you’d welcome in Fulham colours?

Asamoah Gyan without a doubt. It might be sore-spot with some Sunderland fans but he is a fantastic out-and-out goalgetter. He deserves better than to be playing out in the Middle-East, he is one of the finest strikers to come out of Africa in the past 10 years.

Which game do you most regret having missed?

I missed THAT game against Juventus (where we won 4-1) because I messed up the kick-off times. I lounged about at university thinking it was a 7:45 kick-off when it was an earlier one. I got a text from my mate and only just realized – ran home, and managed to see the amazing Dempsey lob to seal the tie. I have watched the game about a thousand times on YouTube though.

Which form of cheating most annoys you and who is/are the worst culprit/s?

Feigning injury is the worst form of cheating for me – diving isn’t as bad as everyone says it is, its really clever play if someones not blatantly trying to fool the referee. If the defender is silly enough to leave a trailing leg, they deserve to give away a penalty. Feigning injury is the worst, as it could lead to a ‘boy who cried wolf’ situation – where a player is ligit injured and the referee doesn’t get physios on straight away because they think they might be faking it.

And will you be more interested in the Olympics of Euro 2012 this summer?

Now ‘Woy the Boy’ is in charge of the England squad, I am more interested in Euro 2012 – but I am intruiged by The Olympics. a GB football team should be a great prospect, and two footbal tournaments in one summer is perfection for any football fan. But right now, Euro 2012 just shades it.

Give me Sunday’s scoreline!

We need a win to keep up with Liverpool and to finish as high as possible, and with Pogz and Dempsey in their great form – I am going to go with a 2-0 Fulham win.

* Matty Deller on Matty Deller: I’m 22, a radio presenter and co-host of Ballsy Banter podcast. My first Fulham game was Fulham vs Sunderland in 2006. My favourite all-time players are Brian McBride, Zoltan Gera and Brede Hangeland.

13 thoughts on “Fulham-SAFC Who are You?: ‘a little in love with Lily Allen’”