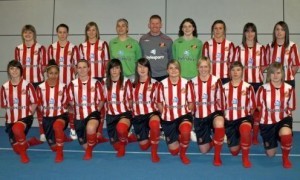 My warmest congratulations go to the excellent Sunderland Women’s Football Club for their remarkable double-winning achievement, beating Leeds United 2-1 in their League Cup final to add to the second successive title in the Premier League.

Meanwhile, having been consistently awful since throwing away that 3-1 lead at Man City on March 31, the Lads put in another display devoid of quality, concentration and finishing power at Fulham to fail to win yet again.

The Lads join me in offering abject apologies for their embarrassing run of eight games, if we include the Etihad (which is a little unfair as they played so well) and the grim FA Cup replay before it, without a single victory.

We know how much time, effort and money goes into making Sunderland AFC one of the best supported teams, home and away, in the Premier League and that what we produced at Craven Cottage (and at Ewood Park, Goodison, Villa Park and the SoL before it) was poor return for that commitment.

So this coming Sunday, it is my duty to address the fact that virtually no one in the world will give a fig for our chances of avoiding defeat at home to Manchester United, who will of course be aiming to beat us 9-0 in the hope that Man City win only 1-0 against QPR, making United champions on my calculations with equal goal difference and points, but one more goal scored.

Those doubters should know I have changes in mind and that they will come earlier than the close season.

And having seen the tweets from Gemma Wilson and the first team captain Stephanie Bannon, I hope their celebration evening wasn’t too ”messy” after all.

Martin O’Neill (as told to Mick Mulhern, manager of the women’s team)