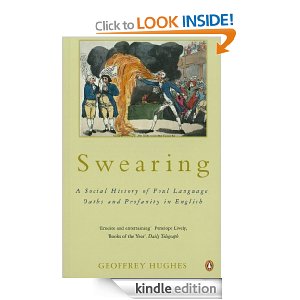 Each morning, or more accurately as many mornings as I can bear, I walk down the hill to buy my copy of Var-Matin and, when not observing my Max Hastings diet (as I understand it, no bread, potatoes, chocolate or beer but as much wine as you want), some tasty French goodies. Nothing wrong with the walk down; the 130 steps and great looping bends make it a tougher walk back.

And despite their great cost abroad, I occasionally buy an English paper, too. Mme Salut likes the Daily Mail, except when it makes her very cross as it does quite often, especially if one Samantha Brick has a column, and it’s an easy enough read for the uphill return if nothing in the French local paper takes my immediate fancy.

Today’s perusal of the sports pages left me so concerned for the well-being of my poor Mail confrères and consoeurs assigned to write about the John Terry racial abuse case that I forgot how awful those steps can be beneath the searing morning sunshine of the Mediterranean.

Read what Neil Ashton had to say:

It was difficult to find any sign of the beautiful game at Westminster Magistrates Court No 1 on Monday.

The romance of football, jumpers for goalposts, the honesty and integrity of legends from Sir Tom Finney to the club that rose from the runway of Munich. The magic of the FA Cup, the £3billion value of the forthcoming Barclays Premier League television contract. The national sport.

All of that was kicked into the long grass by an unedifying picture that emerged as the underbelly of football was laid bare.

Leaving aside the thought that magistrates sit in the Magistrates’ Court, not the Magistrates Court, I could not help wondering whether the Mail should abandon its long-held disdain for counselling and make it freely available to the unfortunate, possibly corrupted individuals who had to listen the cascade of c and f words under discussion by m’learned friends, witnesses and defendant.

Perish the thought that anyone has ever uttered a phrase or word more offensive than “drat” or “crikey” in the Mail newsroom or around the sports desk. Never mind that popular terms for profane language – industrial, agricultural, barrack room and the rest – suggest that footballers are hardly alone in their weakness for swearing. Shouldn’t we be worrying, too, about the moral health of industry, to the extent it still exists, farming and the military? Or is the romance of England’s dark satanic mills, lush pastures and garrisons somehow untarnished by the liberal use of expletives?

This has nothing much to do with the Mail; plenty of other reports reflect affected outrage or astonishment at the thought that men who play football for a living should utter oaths, and sometimes when on oath in a court of law. I am not a great admirer of people, in individuals or groups, who feel unable to express themselves without effing and blinding. And there is not a hope in hell that I would ever defend the use of racist insults.

All I suggest, as one who – like, I am sure, Neil or his colleagues – has been known to swear, is that we should try our hardest to adopt a sense of proportion when considering that part of John Terry’s use of English that is not, as it happens, what he is on trial for.

20 thoughts on “John Terry, Anton Ferdinand and those sensitive souls in the press box”

Next Post
This one’s for Phil (2): updated with a reason to be cheerful