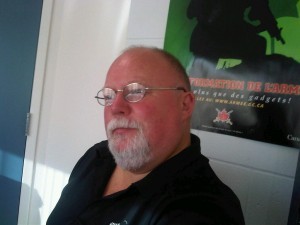 By now, you would think, any football reporter who rushed excitedly up to the sports editor and exclaimed ‘I have a great interview with Steve Bruce about how unfair life is’ would be demoted to covering junior rounders. Not so. Jeremy Robson notes that Bruce’s mantra, ‘how I was sacked for being a Geordie’ with a re-run of that other whopper that ignorance of the world of the web also did for him, is bizarrely still seen as news …

Just who is Steve Bruce trying to kid now?

The former Sunderland manager has launched another stinging tirade against SAFC fans.

This time it was in the Daily Star. Mrs Doubtfire claims the “stigma” of his departure cost him the chance of jobs at other clubs in the PL, when they came up – including the managerships of WBA and Wolves – as well as some in the Championship. He is also saying that he was sacked because he “wasn’t internet savvy”.

Whatever view is taken of the chanting which began towards the end of the home defeat by Wigan, it is true most of us were mightily relieved when he was gone.

But very few football observers will see any causal link between cries of “Fat Geordie Bastard! Get out of our club” and his failure to land another job in the top flight, which simply reflected the deplorable record that had ultimately resulted in his dismissal by SAFC.

Had he really been perceived widely as the victim in this “abuse”, as he constantly refers to it, then his candidacy for other management vacancies would presumably have been greeted more sympathetically at the Hawthorns and Molyneux.

It must have been hard to take for a manager with considerable experience to be overlooked in favour of Terry Connor and then ultimately an unknown Norwegian. But the fact that both of these options were more attractive than you tells a sorry tale.

Your record is very poor indeed, Steve, and you have been seen through as clearly as the window in Doggarts in which I will happily display my not inconsiderable behind should you get Hull City promoted this season.

Bruce’s bitterness towards the Sunderland faithful is extraordinary. Given the results he obtained, the supporters actually showed remarkable resilience and patience with him. The wonder is that the hostile chanting didn’t start much earlier.

But this unsavoury situation makes you wonder whether Bruce had a problem himself as a Geordie managing Sunderland, rather than the other way around. Indeed Mrs Doubtfire does protest a little too loudly. Someone should really take him to one side and tell him that he is missing a great chance to just keep his mouth shut.

Whether such advice comes from Mrs Bruce, Bryan Robson or the bloke that sells the pies, he really does need a sharp nudge and to be told to “give it a rest”.

Bruce’s litany of excuses for his dismal failure continues unabated some eight months after he left. He is clearly a bitter man, who has made far more of his Geordie roots than any Sunderland fans ever did.

We didn’t want him as our boss because he’s a Geordie? That ignores the glaring fact that Bob Stokoe was a Geordie who remains immortal as a legend. Now it’s because he doesn’t know how to use the internet.

His Wallsend shipbuilding connections will hopefully put him in good stead at Hull where there are also nautical traditions. It is to be hoped that Mrs Doubtfire can at least do some rudimentary welding because history shows that the City ship will soon be sinking. I like Hull City and the people of that city too. They deserve better.

15 thoughts on “The Robson Report: Hull hath no fury like Steve Bruce scorned”

Next Post
McCormick’s Craic: Lies, damn lies and statistics! What can we really learn from crunching numbers?