They’ve got Olivier Giroud, not to mention Cazorla and Podolski; we have Cuellar, and Sess hasn’t gone (I realise that’s tempting fate). Just six days remain before we face still-mighty Arsenal away, further new signings or not, in the new season’s first game. Time to introduce – or reintroduce – our own team …

Bravo Team GB, the organisers, an army of staff and volunteers and all the public services personnel who made the London Olympics such a success.

Forget that poll in L’Equipe saying 70 per cent of the French suspected our cyclists’ medal-winning exploits owed much to cheating; most people I come across in France take their hats off to our flair and efficiency in putting on such a fabulous tournament and also salute our achievements in so many sports.

Now back to football. Put like that, it sounds very much after-the-Lord-Mayor’s-show.

James Lawton, in the Independent, probably went too far, pointing to a “shocking comparison” between the Olympics and a big kickoff that “provokes in many a weary resignation, if not a degree of revulsion … an unending pursuit of advantage, however dubiously achieved. It is to expect examples of greed and cheating and malign attitudes in an unending flow. It is to think of racism trials and Twitter rows and an overwhelming sense that if the game has a dominant motivation, it is the pursuit of unbridled wealth and the barest understanding of the responsibilities it might bring.”

So Salut! Sunderland‘s solemn duty is to show that the flame of the Corinthian spirit is kept alight, glowing and strong, in its little corner of football. And here is an Olympics-themed introduction to the Team Salut:

* Never mind Usain Bolt. Our own legend is Pete Sixsmith, not the greatest athlete the world has seen but up their with the best, wittiest and most thoughtful of football commentators, his reports revealing a knowledge of current affairs, history and culture as deep as his grasp of the game is beyond compare (or so it says on a press release from Sixsmith Towers)

* Our own marathon man, Stephen Goldsmith; Goldy’s emergence as a summer star of these pages has been a breath of fresh air – as well as testing WordPress’s ability to handle torrents of words, a result of his need to write everything on his mobile with no recourse to a word count 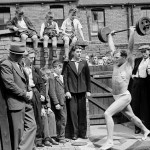 * The Birflatt Boy may seem unclothed but is the shadowy figure any resolute team needs, blunt and snarling and necessarily released only for events of fierce physical contact


* Monsieur Salut, our veteran competitor, invented the idea of playing badminton as if determined to lose long before the Chinese team arrived on court

* Jake was the subject of wholly manufactured pre-season transfer speculation. His brilliant graphics make him a shoe-in for the Danny Boyle role 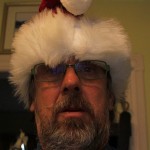 * From somewhere near Toronto, Co Durham to Toronto, Ontario, Bill Taylor brings the gifts of a fine writer. But since writing is not yet an Olympic sport he faces disqualification for doping: who can deny that the substance of some of his columns gets up some people’s noses?

* Malcolm Dawson’s specialisation is any event that involves a bridge, reflecting his regular pastime, so it’s either river sports or a press launch on the Thames for our esteemed deputy editor. Must ask him for an up-to-date picture to give his entry a photo finish …

* Jeremy Robson, like Bill in Canadian exile, throws javelins aimed at humbug and double-crossing wherever he recognises it from afar

* Ken Gambles is a gold medal winner for mischievous commonsense for his suggestion that football cheats should be made to wear pink mittens for the rest of the game. Ken’s accordingly in charge of disciplinary matters

* Luke Harvey competes in all youth events and gets a special wildcard entry for optimism, the piece he wrote in July about how Martin O’Neill might compensate for the unthinkable, losing Sess whether to his supposed suitors, Arsenal, or anyone else

* The Salut! Sunderland pentathlon expert is John McCormick in honour of how prolific he has been in – Euro 2012, football’s links to Spanish and Italian fascists, football pyschology, statistics and at least one more topic to make up the five


* There is no dirty tricks department as such, the principles of fair play naturally dominating all else but Eric Sweeney is in charge of unsettling the opposition. This was his verdict on Arsenal after we bet them in the FA Cup last season: “What must be a frustration for the newly suffering Arsenal fan is their slow and pointless passing. It reminded me a lot of West Brom under Tony Mowbray, most of it happening sideways or backwards, lacking in tempo or penetration and invariable ending up with an aimless long ball that was easily dealt with.”

* The Olympics is famed for eccentric, lesser spotted events, from synchronised trainspotting to the simple egg and spoon racer. Our equivalent is the lesser spotted contributor, men and women like Rob Hutchison, Ian Todd, Lars Knutsen, Bob Chapman, Hilary Fawcett and a string of others who make only very occasional appearances here but line up as a useful set of relay teams 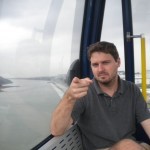 * Last only because he is the latest recruit, Robert Simmonds – who could be styled Goldy’s protege – supports Sunderland but is American and therefore wins all the medals we find beyond our reach

Between us, we will try to bring you the same mix of honest endeavour and style, solid analysis and though-provoking polemic, that we may or may not already be famous for.

1 thought on “Arsenal six days away: this is how Salut! Sunderland lines up”

Next Post
Worried about Arsenal? Of course not. All will fit into place …