No, that isn’t the goal of John McCormick‘s career you see in the above clip, though the one he does remember from his playing days was a cracker, too. Or so he says. But what does life hold once those days come to an end? John explores the business of coming to terms with age’s reality check …

In my head I can still do it.

I can run down the wing like the wind and sling in the perfect cross. I can glide into the six yard area like a stealth bomber and then leap like the oft-clichéd salmon to leave the keeper no chance.

In defence I can break up the most skilful of attacks and, weaving my way out of the box, set up an attack with the perfect crossfield ball. In midfield my generalship is legendary; I’m the powerhouse of the team and I dominate the entire playing field.

But only in my head. As my wife puts it: “You couldn’t do it when you were 20, there’s no chance now you’re 60.” She’s right and, there’s the rub, I never was much of a footballer. I wasn’t hopeless but, like many kids, I had nothing to make me stand out. I was the kind of player who, when the teacher picks his favourites (is it in all PE teachers’ contracts that they must have favourites?) and then stands idly by as they pick theirs, is liable to be down the pecking order.

This, along with the reservation of Saturday afternoons for Roker and an antipathy to the early morning starts required by Sunday league meant that I rarely played in any proper team during my teens. It didn’t matter. Like almost everyone I knew I didn’t need to be in a regular team to enjoy playing and most Sunday afternoons and many evenings would see me involved in a kickabout.

That situation didn’t change much when I went to university although I did play five-a-side for three years and, for one season, an 11-a-side team in the inter-mural league. I even managed to score twice in one game, ensuring we drew. (It was almost a hat-trick: a third effort was kicked off the line but the ref said I was offside anyway. Was I smug when I met my rugby playing mates in the bar afterwards – oh yes!)

Things changed a few years later when I ended up in Liverpool and, with no desire to attend Goodison or Anfield on a regular basis, bought myself a new pair of boots and joined a club in one of the local leagues. I only managed one goal in my first season, but what a cracker it was. (It was a cup match at Bebington Oval. I was playing left back and, with five minutes to go, I pushed up to the half-way line when we won a corner. The ball was cleared, I ran on to it, chested it past one player, beat another with a dummy and then sent first the full back and then the keeper the wrong way before planting it in the corner of the net a la Ricky Villa in the 1981 cup final. Even our opponents applauded.

Check out http://www.youtube.com/watch?v=R44tPArJIy4 if you want to see how good it was). We were 9-0 down at the time and the club was destined to fold a few weeks later, but what the hell, I was enjoying myself.

I didn’t know it at the time but that was the highlight of my career. Starting at the bottom with a new club I never progressed beyond the sixth team. I went from playing regularly to being the sub, and that was probably because I had a car.

As other commitments were increasing I decided enough was enough and hung up my boots, at least metaphorically. They were cleaned and put on a shelf in the shed, just in case.

“Just in case” never happened and those boots stayed there, untouched, for a few years until my wife decided the shed needed clearing out. I wasn’t able to muster a sensible reason for keeping my boots and they were put in a charity shop bag. But I couldn’t give them up. I just couldn’t let them go. I took those boots out of the bag before it was collected and put them back in the shed. It was at least another two years before I reluctantly, very reluctantly, handed them over.

My reluctance to let those boots go had nothing to do with them being a good fit and a pleasure to play in. Once they were gone I wouldn’t be able to pretend any more. I would have to acknowledge that I would never play football again, and I really didn’t want to do that. It caused a deep feeling of remorse.

And if it feels like that for one of the most mediocre players you are likely to meet what must it be like for a real player – someone who has done it, not in his head but on the field, against the best, in front of thousands? Someone who has grown up in the game and knows nothing else? It’s no surprise to me that Teddy Sheringham played for 25 years, until the age of 42, or that Paul Scholes made a comeback at 37, and let’s not forget our own Super Kev.

But even these pale in comparison with ex-‘Boro and ‘Pool keeper Kevin Poole, the football league’s oldest registered player until he retired this year aged 48.

Such longevity is a testament to coaching and medical teams (how else would Ryan Giggs manage to keep going, given his other athletic proclivities?) but it must spring from a desire to play. Perhaps some professionals lose this desire and do not mourn the end of their playing days – Steed springs to mind, and perhaps Eric Cantona, though maybe not George Best despite his words after leaving Man Utd – but I would wager that the majority of professionals would play on if they could. 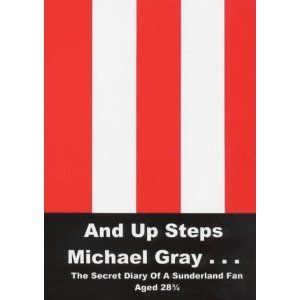 However, professional football, as Roy Keane is wont to remind us, has a brutal side. Many players’ careers end abruptly, sometimes after injury, but not always. For example, here’s a website entry for the excellent Michael Gray, not only a Sunderland stalwart but a former international: “Gray finished his career at the end of the 2009-2010 season after his contract with Sheffield Wednesday wasn’t renewed. He is now a blog writer for the BBC.”

Gray’s own version is slightly different. You can read it at http://www.bbc.co.uk/blogs/michaelgray/. This gives a picture of what it’s like at the end of a footballer’s career. David James’s article in The Guardian, in March 2012 ,is possibly better: http://www.guardian.co.uk/football/blog/2012/mar/10/david-james-900th-game.

Both suggest that many players, even those who wind down a long career, are not prepared for retirement. Those who haven’t seen it coming and, especially, those forced to quit by injury must be left with a seemingly unfillable void.

The PFA ensures players are able to access financial and pension advice but is there anything to help them come to terms with other aspects of retirement? I think not.

As this season kicks off, as with every season, squad numbers are being allocated and team sheets are being posted. It is now, I imagine, that just-retired players will have to face up to the fact that their career is over.

While some might move to coaching, PR or the media such jobs are scarce and the majority won’t find a niche. Not all of this majority will be millionaires and many will be waking up to an uncertain future. I wish them well. If David James is right they will need all the help they can get.

4 thoughts on “McCormick’s Craic: where old footballers – and their boots – go”